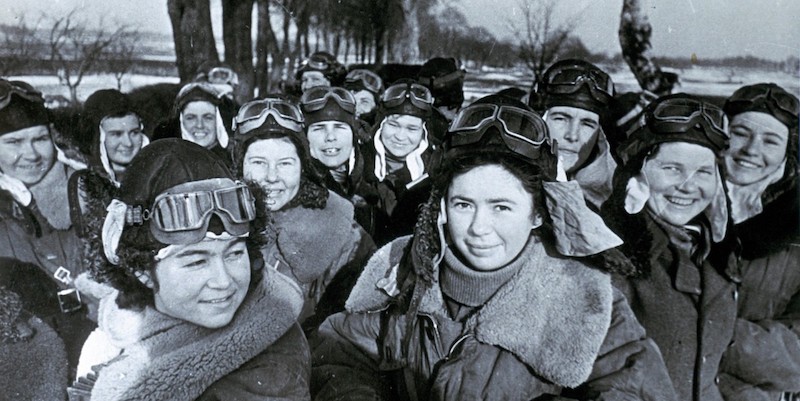 Taking Inspiration from The Night Witches

On The All-Women Night Bomber Regiment That Fought the Nazis

Who climbs into a plane made of cloth and plywood, takes it up into a pitch-dark night sky, then turns the engine off? For several hundred women in the USSR during World War II, this hair-raising stunt was just another day at the office. Meet the ladies of the Forty-Sixth Taman Guards Night Bomber Aviation Regiment: a powerhouse of female determination, courage, and fury who inspired me to write The Huntress, a historical mystery I hoped to make as thrilling as their everyday exploits.

Female pilots in combat are almost unheard of before the modern era…but there were a few exceptions. Say what you like about the Soviet Union—and there’s certainly a lot you can say, much of it unpalatable—but they were the only nation involved in the Second World War to officially employ women in combat, not just relegate them to support roles, espionage, or partisan fighting. Russian women drove tanks into battle, manned artillery, shot sniper rifles…and flew in the Red Air Force as day bombers, night bombers, and fighter pilots. The night bombers were destined to become the most famous of the three units.

The USSR might have put women in combat, but the pilots still had to fight for their chance to get there. When war was declared, hundreds of young female fliers clamored to join up. They were products of the Soviet aviation drive of the 1930s, when air clubs and glider schools popped up all over Russia, and young Communists were encouraged to join so the Soviets could match the aviation and engineering achievements of the West. But regardless of their skills, Russian female pilots were initially barred from entering the Red Air Force…until they found a champion.

Who climbs into a plane made of cloth and plywood, takes it up into a pitch-dark night sky, then turns the engine off?

Marina Raskova was the Amelia Earhart of the USSR. After setting the long-distance flight record across Russia, she was the first female to be designated Hero of the Soviet Union—Russia’s highest honor—and became a favorite of Comrade Stalin himself. She used that favor unabashedly after the outbreak of war to get three regiments of female pilots funded and trained. The regiments of day bombers and fighter pilots would eventually integrate with male pilots, but the night bombers remained all-female throughout the war, from pilots to navigators to mechanics to armorers, and were fiercely proud of this fact.

Even with Raskova’s support, their journey to the front was not easy. Male pilots complained about Raskova’s proteges getting new planes when they were stuck with old models. Red Air Force officers insisted that a male pilot had to sign off on the skills of each woman before the regiment could advance. General Vershinin, presented with an all-female regiment, complained “I’ve been handed one hundred and twelve little princesses; what am I supposed to do with them?” The little princesses in question retaliated with a stunning record of success that would silence all critics.

The ladies of the 46th went to war in the old-fashioned Polikarpov U-2 (later designated the Po-2), an open-cockpit cloth-and-plywood biplane, achingly slow and highly flammable, built without radio, parachute, or brakes. A bombing run meant taking off from a turnip field or dirt road serving as a runway, flying in a pitch-dark night toward the target fifteen to thirty minutes away, cutting the engine so the plane could glide down silent and undetected, powering back up as the payload of explosives was triggered toward the target, then side-slipping out of the resulting searchlights and groundfire before heading back to re-arm and do it all over again.

The women flew winter and summer, seven nights per week for three years, developing a conveyor belt land-and-refuel routine that meant a plane could touch down, re-arm, and take off again in less than ten minutes. They rarely took leave and slept only three to four hours per night, thanks to officially-issued amphetamine tablets (jokingly called “Coca Cola pills”) which kept them awake on long nights of bombing, but destroyed their ability to rest once back in their barracks. They persevered under this grueling regime, surviving on catnaps and camaraderie, and forging remarkable friendships that would span decades after the war. The exhausting pace of flying five to eighteen bombing runs per night gave the women a far more efficient record than any all-male night bomber regiment, but it took a toll: approximately twenty-seven percent of the 46th’s flying personnel were lost to crashes and enemy fire. They were also awarded a disproportionately higher percentage of Hero of the Soviet Union medals.

To the Germans on the ground, the women coming out of the night sky must have been terrifying, unfathomable mysteries.

To the Germans on the ground, the women coming out of the night sky must have been terrifying, unfathomable mysteries. Nazi soldiers already nervous about coming to the Russian front (notorious for bitter cold and even more bitter casualty rates) must have been utterly confounded by the idea of fighting against women. Hitler’s cult of German womanhood stressed Kinder, Kirche, Küche—children, kitchen, church—so what kind of unnatural woman joined the air force, climbed into a plane, and took to the sky in the dead of night to drop bombs on her enemies? Female pilots were regarded with fear and awe even when separated from their planes: a German officer, confronted by a captured female bomber pilot injured after a crash landing, gazed in horror at the horrendously wounded, still-defiant woman in her hospital bed and exclaimed “A thousand devils! What does it take to kill these Russian witches?” (She survived, eventually returning to her homeland as a heroine.)

The Nazis, badly unsettled in the foreign vastness of the USSR and fighting a losing battle against the combined might of the Russian winter and the Soviet forces, must have wondered what drove these women to such extremes. Were they hardened killers from the steppes, mannish Amazonian freaks of nature—or were they something even more terrifying? Third Reich troops already thought the sound of night wind rustling over cloth-covered wings after the engines cut out sounded like a squadron of witches on broomsticks…so perhaps there was a touch of supernatural dread in the nickname they gave the ladies of the 46th.

Kate Quinn is a native of Southern California. She attended Boston University, where she earned bachelor’s and master’s degrees in classical voice. A lifelong history buff, she has written four novels in the Empress of Rome Saga and two books set in the Italian Renaissance detailing the early years of the infamous Borgia clan. All have been translated into multiple languages. Her latest novel, The Rose Code, is now available from William Morrow. She and her husband live in San Diego with two black dogs named Caesar and Calpurnia.

14 Crime Novels to Read This Month 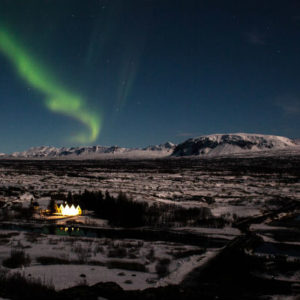 The north has always held an undeniable appeal for writers. In researching my Yukon-set Rockton series, I visited Dawson...
© LitHub
Back to top