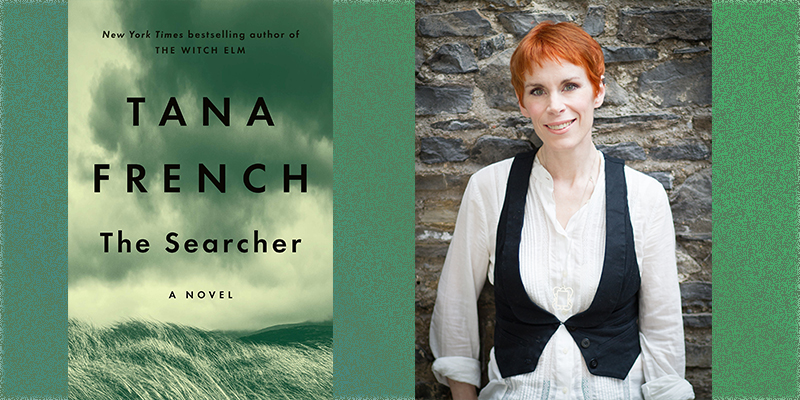 "I think one of the reasons we read (and write) crime novels is to understand and process dark places, and this year definitely counts."

I’ve long been a fan of Tana French’s innovative Dublin Police Squad series, and I was delighted when she began to write standalones and expand her fictional universe. While the lyrical writing is what first grabbed me, its French’s sense of ambiguity, deep understanding of human psychology, and evocative setting that keeps me coming back.

The Searcher, French’s latest, is her first to feature an American protagonist, and her first to be set in rural Ireland, where her ex-cop hero has decided to spend a peaceful retirement far from his native Chicago. Soon enough, his plans are disrupted by a neighborhood boy, who enlists his aid in locating the boy’s missing teenage brother. Dismissed as a delinquent by the local police, ignored by his overburdened mother, and seemingly forgotten by the town, the brother could just as likely be dead at his own hand in the hills, but French’s protagonist accepts his mission and begins to uncover dark secrets hiding beneath the bucolic countryside. Tana French was kind enough to answer a few questions over email about her latest work, her influences, and her thoughts on the genre. 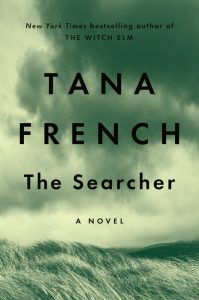 Molly Odintz: Maybe it’s just because I’ve been listening to the podcast Lore, but with the sheep killings in your latest it seems like you’re tapping into some ancient folktales and legends. Am I close?

Tana French: That’s definitely in there, and I’m glad it’s coming through! For hundreds of years, in the Irish countryside, there have been stories about livestock being killed in ways that don’t make sense, and stories about animals that shouldn’t be there—huge black dogs that foreshadow death if you meet them on a dark road… Those stories are still there, and they still live on that borderline between myth and fact. There are sightings of too-big cats, there are sheep and other animals killed in ways that don’t seem to match the obvious possibilities. I like the fact that these stories have a long lineage, and the fact that our explanations for them shift with time. Touching on those felt like a good way to root the story in the place’s past, a reminder that the action of the book doesn’t happen in a vacuum but as part of a very long history.

MO: This is your first novel set entirely in the countryside, correct? How did it differ from writing about Dublin and its environs? 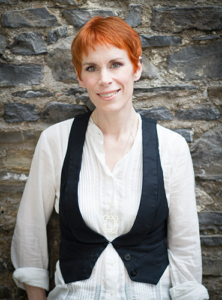 TF: One thing that I really wanted to get right was the difference between the city and the country when it comes to the relationship an individual has with the community. In a city, you mostly have a fair amount of control over what your neighbors know about you. If you want to keep yourself to yourself, you can. In a small village, that’s not an option. There’s always someone like Noreen in The Searcher, the local shopkeeper and information repository, who will somehow find out every single thing about you, right down to your dental history and your relationship with your mother.

You also have much less control over your own impact on the community. In a city, if you want to have no impact on your neighbors, you just keep your music down and don’t let your dog bark too much, and you’re basically there. But in a small village, you have an impact whether you intend to or not. In The Searcher, Lena points out to Cal that the whole townland has changed because young women started going off to the cities to get better jobs: young farming men had no one to marry, so there are fewer children around and more bachelors growing old on the farms, and the tone of the place has shifted. What seems like an individual decision—moving to the city—has a ripple effect that touches the whole community.

MO: Your novels always feature such complex characters—how do you get inside the minds of your creations?

TF:  Thank you! I come from an acting background, and that makes great training for writing. As an actor, your job is to create a real, three-dimensional character, and then bring the audience inside that character’s head so completely that they can see the world of the story through your character’s needs and fears and biases, and they go home feeling like they know this character as intimately as they know their closest friends. A big part of writing—especially writing in the first person, they way I usually do, or even in close third person like Cal in The Searcher—is very much the same thing. From acting, I’m used to being very conscious of what every character’s objective is in any scene, and used to seeing everything through a character’s eyes. If I’m writing about the landscape of the West of Ireland, for example, the important part isn’t just how it looks and sounds and smells; it’s what all that means to the narrator at that moment, how it affects him. If I’m introducing a new character, the focus needs to be not so much on what I consider important about that character, but on what the narrator considers important. Basically, an acting background is good practice in getting out of the characters’ way and making sure that what you write is about them, not about you.

MO: What made you decide to take an American protagonist to Ireland?

TF: When I started bouncing around ideas for this book, I’d been reading a lot of Westerns, and thinking that their settings have resonances with the West of Ireland. There’s the harsh country that demands physical and mental toughness from anyone who wants to make a living from it—and there’s the sense of a place geographically and culturally distant from the centers of power, so that the people who live there feel like the power-brokers know nothing about their lives and care less, and they have to make and enforce their own rules. I liked the idea of transposing some of the Western tropes to the West of Ireland, and seeing how they worked in that new setting.

The stranger in town shows up in so many Westerns, strolling into the saloon and refusing to answer too many questions. He might end up shooting the villain and setting the town to rights, or he might end up getting shot himself as the town closes ranks against him—but whichever way it plays out, an outsider is a catalyst. He can disrupt the accepted order and bring hidden things to light, whether he intends to or not.

That’s why Cal ended up being American: so he could be a real outsider, with no connection to the townland at all. In Ireland, that’s a hard thing to find. Cal could be from across the country and never have gone near Ardnakelty, but he would have gone out with a girl whose uncle lived there, or gone through training with a guy from there, or his mother would have worked with a woman whose mother was from there, or his dad would play poker with a guy from there…and within an hour, Noreen would have found the connection, and it would have shaped Cal’s relationship with the townland. If he was going to be a true outsider, he needed to be from another country.

MO: Do crime novels have a part to play in times of crisis and collective anxiety?

TF: I think one of the reasons we read (and write) crime novels is to understand and process dark places, and this year definitely counts. There are two main kinds of crime novel, and I think both of them have a part to play in a time of upheaval and anxiety like this. The first is the classic kind where, by the end, order has been restored: the killer has been caught and is headed for jail, the innocent are safe and free to move on with their lives, the detective is flushed with success, and everyone’s got closure. Right now we all need moments of feeling like that’s a possibility—order can be restored, right can be neatly sorted from wrong, justice can triumph, and the crisis can be left behind. I’ve been reading a lot of Agatha Christie, these last few months.

Then there are the other kind, where order isn’t restored, or at least not neatly. Maybe the killer isn’t caught, or maybe the process of catching him upends the detective’s life; or maybe the solution to the mystery causes more upheaval than the original crime, or seems to work against justice and order rather than restoring them. These books don’t give the same sense of comfort, but I think they still have a place in these times. There’s something strengthening about realizing that turmoil and fear and injustice have always existed, other people have struggled through them too; we’re not alone. 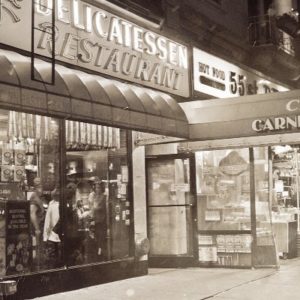 (Some names and identifying details have been changed to protect the privacy of individuals.) In January, 2001, five months...
© LitHub
Back to top