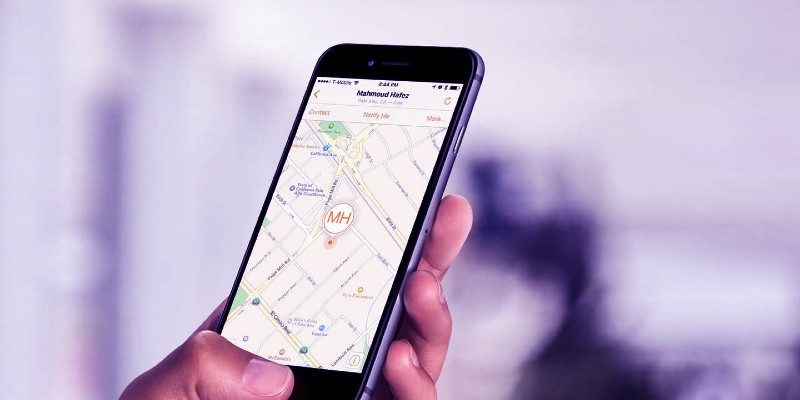 How abusers use phones and other devices to control their victims.

Many writers have written compellingly about stalkers, from Clare Mackintosh’s creepy tube stalker in I See You, to Caroline Kepnes’s disturbingly engaging You. In these stories, the use of websites and social media are key to the stalker’s ability to access their victim, or even to offer up their victims for others to stalk. They are the kinds of books to make you turn to check whether you’re being followed. The kind that make your routines and habits into something threatening for others to use against you.

In almost every crime novel, these stalkers are strangers. They are invisible, unknowable, and shadowy. Yet, in everyday life, stalkers are almost always known to the victim. They are a jilted ex, a frustrated would-be lover, or, alarmingly frequently, a current partner who wants control.

This last is something I experienced directly. For a year, my every move was analyzed and used to attack me, until I finally managed to break things off and remove the abusive partner from my life and my home. And even afterwards, I caught him spying.

It is this experience that I wanted to delve into in Watching From the Dark—the way such behavior gradually escalates from what looks like concern about a partner’s welfare to coercive control. My experience is all too common, and technology is making it far easier for the abuser now than it was in the past. Here, I look at how technology can compound abuse, and give some pointers for turning the tables.

A simple message sent on WhatsApp from a partner who was supposed to care about me. A question that I’d heard countless times before, and that made my chest feel heavy and my heart hammer every time.

It didn’t matter that I was doing nothing more than shopping. Or that I’d gone to meet a girlfriend the time before. In fact, I’d never done anything that could be construed as wrong by any rational human being. But he would lay into me about it anyway.

I still remember the time he suggested we should add each other on Find My Friends, the phone-tracking app that lets you see where your partner is (or at least their phone) at any time you feel like. It was early on, before all of the coercive, controlling and flat-out bullying behavior had become apparent.

“It’s nice, because I’ll know if you’re safe when you’re traveling,” he told me. “We’ll be able to look out for each other.”

Such a lovely thought, wasn’t it? If only it had been remotely true.

Location apps turn out to be an abuser’s dream. For me, they meant every meet-up I had with everyone else in my life became monitored. If I tried to see friends who had criticized him, it was of course a betrayal. He crashed a coffee I had with an ex-boyfriend I’d been on amicable terms with for years, and of course made it unbearably awkward. Whenever we had arguments and I left the house, he would message to ask if I’d gone off with some guy (when invariably I was rage-crying in a café having been driven out of my own home).

The precise details of this abuse are by no means unique. When I blogged about my experiences, I had so many responses from men and women in the same situation that I couldn’t actually reply to them all. Of the 7.5 million people stalked in the US in the last year, the majority were partners or former partners, and most cases involved the use of technology for harassment. And in abuse cases reported in 2014, 54% of abusers tracked their mobile phones using stalkerware, according to a study by the National Network to End Domestic Violence.

These people are out there, manipulating (or trying to manipulate) their partners, and being aided by technology at every stage.

The problem of tech is not restricted to stalking a partner by their location. Every aspect of mobile phone or computer usage makes it just that little bit easier, even when we’re just talking about normal apps and not custom, downloadable stalkerware. (If you ever want to really scare yourself, look in the app stores for exactly what is available, and how cleverly it hides itself on your device.)

Private messages seem to be entirely up for grabs to the abuser in your life. Everything you’ve said can be read, and reinterpreted for the benefit of criticizing you. And I really mean everything. Going back to my own experiences, I once had a full hour of lacerating insults because I had used a winking face emoji to a male friend. Despite the fact that I use them a lot, to everyone, as many of us do, it was of course proof that I was flirting. I was harangued because an ex-boyfriend sent me a picture of some shoes he liked.

More than this, if I ever, ever thought of speaking honestly to friends about what he had done, I was the ultimate betrayer and shouldn’t be sharing our personal lives with them. The worst part of that is how it gets to you. You start feeling like the traitor they say you are. And beyond that, you start to feel that you can’t criticize them too much, or people will think you weak when you get manipulated into staying with them a little while longer. I remember trying to explain to friends countless times that he had apologized, and promised not to do it again, knowing that I didn’t even believe it myself but at that point not able to leave.

Worse still, messages provide a perfect way for abusers to interact with your friends without you knowing. They get to pretend to be you, say terrible things, and then delete them, leaving you wondering why your personal friendships have taken a sudden hit. I caught my ex doing this once, and it gave me cold sweats thinking about how many others he’d done it to. It’s a perfect isolation tactic, one that works seamlessly with demands for you not to see friends who don’t like them.

Friends can even be blocked without you knowing. I had no idea for weeks that multiple male friends were not able to message. Until an ex-boyfriend emailed to ask, apologetically, what he’d done to make me block him. It was mortifying to explain that I’d chosen a partner who would do that to me.

All these forms of message hijacking require some initial access to your phone or computer. That’s what makes them so much more likely to be abused by a partner. But that access doesn’t even need to continue. WhatsApp Web, which lets you scan a QR code to connect your computer to your WhatsApp messages and read them onscreen, can be used on another machine. Every message you send or receive will be duplicated on that device. All your abuser needs is five minutes with your phone without you present. And, if you are like me, you only get to find out about it when you try to start using it yourself and are informed that you are already logged in elsewhere.

In worst-case scenarios, abusers have been able to block or distort every single interaction between the abused and their friends. By changing all the security checks on Facebook, Twitter and other accounts to their own email address and phone number, abusers have been able not only to post destructive comments and send whatever they like, but the account’s real owner has been shut out by security designed to protect them. I was lucky not to experience this exact form of attack, but I’ve watched it happen to two female friends over the last few years, and it’s horrifying how hard it is to prevent.

Part of what makes all this so problematic is that some checking up on a partner can help people. Genuine suspicion has so often led people to discover real cheating, a revelation that is generally based on reading the cheating partner’s messages to someone else. Technology in some ways makes a cheat’s life harder while it makes the abuser’s life easier. Even while dating apps enable easy hook-ups.

I think most of us would admit to having had suspicions at times, and perhaps even to having acted on them once or twice. I started to realize with my abusive ex that his own standards on cheating were entirely different to what he tried to hold me to. In the end, I started to use his own tools against him. I caught him out lying about where he’d been when he seduced a poor girl because I could see where he was on Find My Friends, too. Without that, it might not have been so easy to remove him from my life. It was proof that he was a liar as well as a bully, and right then, I needed it.

So the real question is when legitimate self-preservation becomes obsession; and when concern becomes an attempt at control.

How to write about abuse

In Watching From the Dark, I wanted to present every side of technology abuse. I wanted to show how reliance on one person can lead to obsessive behavior, and how suspicion can lead to compulsive snooping. I wanted to look at how the people we know can subject us to observation, constantly and without let-up. It’s something we have reason to fear more than the random, obsessed stranger. These people have access to our lives, and they can abuse it.

Zoe, the central character and victim, has a network of dependents. As a warm, supportive person who thinks she should be fixing everyone around her, she inevitably ends up with a network of very needy people around her. The anxious. The depressed. The fantasists. It is this group, always willing to lean on her, who make her boyfriend, Aidan Poole, seem all the more appealing. Here is a man who helps her. Who seems to be free of his own issues, and willing to support Zoe instead of asking for support. Though her relationship with him turns out to be one of the biggest drains on her, because Aidan has hidden a great deal from her.

And threading through all of this is the theme of observation, and all the questions that go along with it. Questions over CCTV and security, as well as individual abuse of tech. Exactly when does surveillance become invasion of privacy? Is it worth it if it helps solve a murder? And if you suspect someone of cheating, are you entitled to check their phone on a regular basis? How about occasionally? And is following someone to check up on them legitimate? Is constant observation born of care for them, or is it psychotic?

We know that stalking can escalate. A UK-wide study by Gloucestershire University identified stalking behavior in 94% of homicides, and in 63% of those cases, some form of technology stalking had been used. It’s harder to say clearly what percentage of stalkers turn into killers, but it is worryingly possible.

So not all abuse of technology or stalking behavior escalates in Watching From the Dark. Just as in real life, the story includes uncomfortable or controlling behavior that remains abusive. But some of it escalates, with the worst of consequences. As it does so tragically often in life. 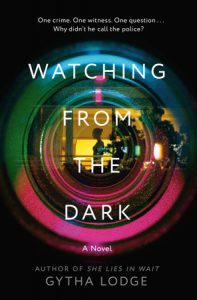 Gytha Lodge studied English at Cambridge University and received an MA in creative writing from the University of East Anglia. Her new novel, Watching from the Dark, is now available from Random House books. 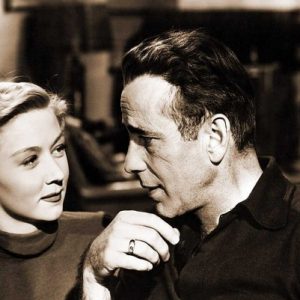 Last year, The Writer published a piece about the rise of “strong, interesting, complex female characters” in crime thrillers....
© LitHub
Back to top