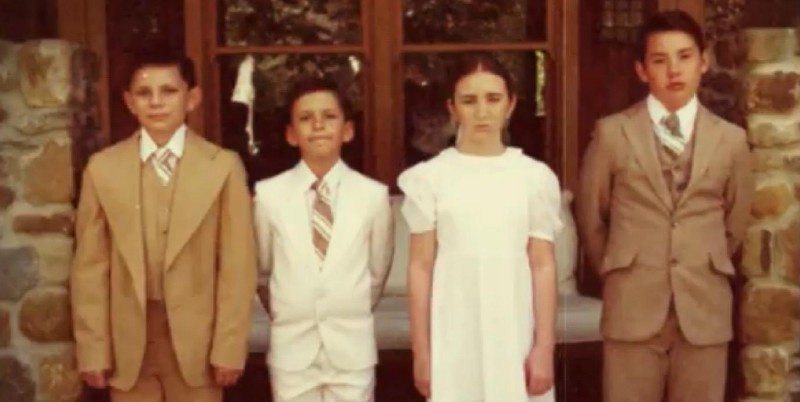 "They may have a lot more money than me, you think, but at least they’re unhappy."

“If you’re missing the Roys of Succession,” a recent review said of my latest novel, “you can get your fix from the Kimballs of House on Fire.” The addictive HBO series, about a super-rich family that owns a giant media corporation sort of like Fox News, premiered when I was finishing up House on Fire, in which my series hero, the private spy Nick Heller, infiltrates a wealthy and very screwed up billionaire family whose pharmaceutical fortune comes from opioids. Brothers and sisters are all at each other’s throats, all competing for the good graces of their father, who’s strongly reminiscent of Rupert Murdoch.

Tolstoy was half-right when he said, at the beginning of Anna Karenina, that all happy families are alike and every unhappy family is unhappy in its own way.  All families are different, rich or poor, and not all rich families are dysfunctional, but rich dysfunctional ones are catnip for writers, from F. Scott Fitzgerald to V.C. Andrews. We get a perverse pleasure, maybe Schadenfreude, out of seeing how great wealth can often fracture a family. They may have a lot more money than me, you think, but at least they’re unhappy.

Here are a few of my favorite books about screwed-up rich families. 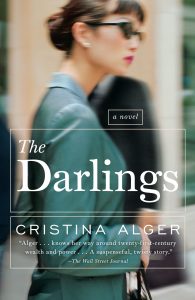 Paul Ross, an attorney, has married into the billionaire Darling family, which is, of course, dysfunctional, in interesting ways.  A corruption scandal and an SEC investigation pit family members against one another and test familial loyalties. Alger is a fine writer who freely dispenses authentic insider details about the life of the top 1/10th of 1 percent on the Upper East Side, the cavernous Park Avenue apartments and the weekends in the Hamptons. A twisty, elegant thriller. 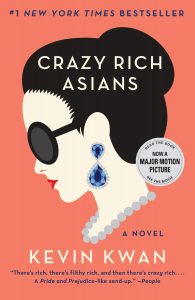 An American-born Chinese woman from modest circumstances goes with her boyfriend to Singapore to meet his family—who turn out to be stratospherically rich—in a novel that’s part rom-com and part soap opera with a little Mean Girls thrown in. This is a world of private jets with yoga studios on board and Matisses hanging in the cabins. There’s a controlling mother, blood-curdling snobbery, questionable paternity, vicious gossip, hostile relatives, and lies. It was the basis for a lively 2018 movie adaptation. 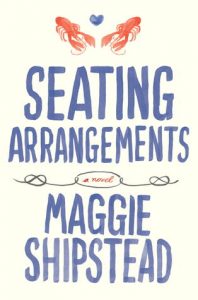 On a remote, Nantucket-like island in New England, an old-money WASP family, the Van Meters, are hosting a wedding for Winn Van Meter’s pregnant elder daughter, Daphne.  Dad has to learn how to let his daughter go; meanwhile, he lusts after one of the bridesmaids while fighting with his younger daughter.  Many Bloodys and much gin are consumed. There’s nothing like a wedding to catalyze trouble in a troubled family. And all of this told in felicitous prose. 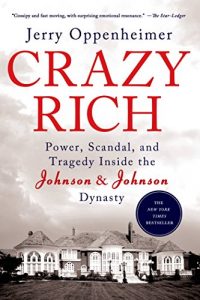 The well-researched, sensational story of the Johnsons, known as “the most dysfunctional family in the Fortune 500.” Their enormous wealth (Johnson & Johnson, founded in 1877, makes baby powder and Band Aids and a thousand other consumer products, and oh by the way, they also sell opioids) has led to familial unhappiness, haunted private lives, and tabloid scandals: battles over wills and paternity, divorces and drug overdoses, adultery, kidnappings, suicide, and murder-for-hire. This account takes dysfunctional to a whole new level. It’s clumsily written, but it’s a breathtaking, appalling narrative. 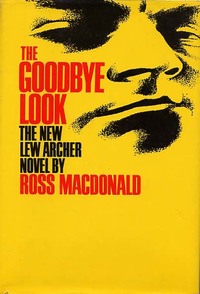 Ross Macdonald was a great detective novelist, in some ways superior to his better-known compatriots, Raymond Chandler and Dashiell Hammett. His P.I., Lew Archer, is hired by the patriarch of an idle rich family (poor families, see, don’t have patriarchs) to look into the robbery of a gold box filled with letters. The wealthy Chalmers family has wayward offspring and repressed guilt and generation-old, dark family secrets; and we vividly see how greed can damage families for decades. This is a theme of several of Macdonald’s novels. Lew Archer can’t resist trying to help the unfortunate fortunate. The Goodbye Look is one of Macdonald’s best, a tightly plotted and beautifully written jigsaw puzzle. 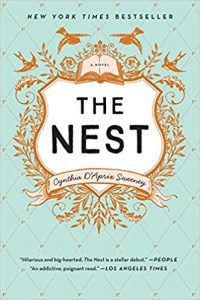 The four Plumb siblings will inherit a nice big trust fund when the youngest of them turns forty, in a few months. They call it the “nest,” and it has bent their lives.  Some of them have already run up huge debts in anticipation of the coming payday. But there’s trouble ahead. Party boy Leo Plumb, who’s just come out of rehab, drunkenly crashes a speeding Porsche, badly wounding his passenger, a teenage waitress, in the middle of a sex act. He’s forced to pay the girl’s medical expenses, legal fees, and a lot of hush money.  He also owes his ex-wife millions. This significantly depletes the trust fund, setting sibling against sibling. Amid a background of buried resentments and old rivalries, Leo’s brothers and sisters demand that Leo replenish the trust fund. Can he do it? The Nest is by turns witty, comic, and sad. 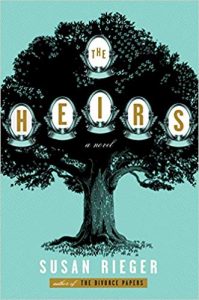 OK, it’s a stretch to call the Falkes, a rich New York family, dysfunctional. They’re not, really.  But the events of this delicious novel test the ties that bind the five Falkes sons, all graduates of Princeton, successful and accomplished. Their father, the patriarch, Rupert Falkes, was left as an infant on the doorstep of an English church; he eventually moved to the U.S. and became a renowned white-shoe lawyer. Upon his death, Rupert leaves behind a sizable inheritance—and maybe a secret mistress, who’s now claiming she had two illegitimate sons with him and is suing the estate for a share of the money.

Rieger’s prose is witty and assured. She describes the WASPy matriarch, Eleanor, as “like a ballet dancer; what she did was hard work, born of arduous training, made to look as effortless as breathing.” She’s one of those patrician society women “whose bloodlines were traced in the manner of racehorses.” This wonderful novel is a page-turner with the panache of Edith Wharton, a tale of inheritance and secrets and betrayal. 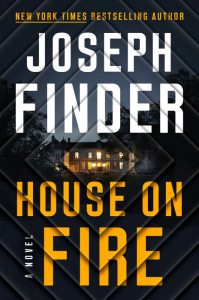 Joseph Finder is the New York Times bestselling author of fourteen previous novels, including The Switch, Guilty Minds, The Fixer, Suspicion, Vanished, and Buried Secrets. His latest novel, Judgment, is now out from Dutton Books. Finder’s bestseller Suspicion won the Barry Award for Best Thriller of the Year; Buried Secrets won the Strand Critics Award for Best Novel, and Killer Instinct won the International Thriller Writers’ Award for Best Novel. Other bestselling titles include Paranoia and High Crimes, which both became major motion pictures. He lives in Boston.

Black Power, Blaxploitation, & The Sounds of the Seventies 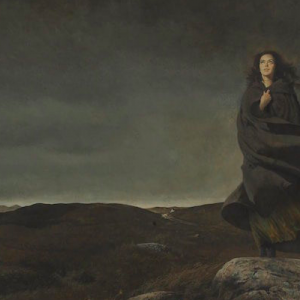 Whatever your literary preferences, I think it is safe to say we are all familiar with the crack of thunder and the flash...
© LitHub
Back to top