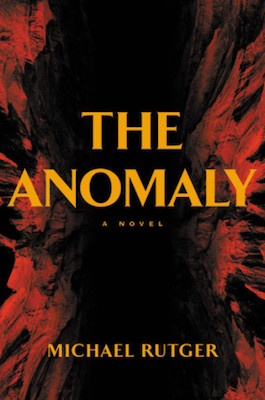 The following is an exclusive excerpt from The Anomaly, a debut thriller by screenwriter Michael Rutgers, in which a conspiracy-chaser finds more than he bargained for on a fateful trip to the Grand Canyon. In the following passage, an interview with a journalist becomes a debate over truth, theories, and exploitation.

As the team unpacked things from the SUV and distributed them for carrying down the trail, I walked a little way off to grab a cigarette. After a few minutes, Gemma wandered over to me. “So, Nolan. Is now good? For that little bit of background?”

I smiled broadly. “Now is great.”

“I must say, you’re a better actor than I realized.”

“Your reaction to seeing the canyon. You made it look like it was genuinely your first time.”

“I live in LA,” I said defensively. “So if I want a vacation, I tend to go farther away.”

“You’re leading an expedition to look for this alleged cavern, for which no one’s ever found a shred of evidence, and you’ve never even been to the Grand Canyon before?”

Article continues after advertisement
“You’re leading an expedition to look for this alleged cavern, for which no one’s ever found a shred of evidence, and you’ve never even been to the Grand Canyon before?”

“I’ve never been to Egypt, either,” I said. “Does that invalidate my views on the pyramids?”

“Scientists say a bunch of things about Mars. None of them have ever been there.”

“Being too entrenched  in the consensus can stop you from spotting what’s in front of your eyes,” I said, wondering if I might be better off heading back to the SUV to help. “Everybody agreed for years that the out-of-Africa diaspora of Homo sapiens happened sixty thousand  years back, for example. But then in 2015, excavators at Daoxian in southern China found teeth in a cave floor, sealed below stalagmites that were uranium-dated  to eighty thousand BC. Slam-dunk  proof that  the  teeth  have to be older—possibly as old as a hundred and twenty-five thousand years. Did you know that?”

“And you don’t care. But my point is, sure, it got reported. Eventually. In journals nobody reads. But all the independent researchers who’d been ridiculed for years? It’s ‘Run along—the grown-ups have finally found evidence for what you’ve been saying. So now it’s real. But we’re controlling the story. Oh, and that other stuff you say? That’s still wrong.’”

“On this and everything else. You were just making shit up, or repackaging other people’s made-up shit. You didn’t actually know this stuff.”

“I’m hazy on your qualifications as an epistemologist.”

“No. It’s the branch of philosophy that concerns the nature and scope of knowledge. Kant burned his entire life on it. Shoulda waited to talk to you, evidently.”

“Throwing in a long word every now and then doesn’t make you smart.”

I was trying to keep my tone light but finding it a struggle. “Neither does a lot of short ones. And a next page button. And Google ads for diet pills.”

“Cheap shot. And may I also point out that  it wasn’t you who found these teeth? This is all secondhand information—like every single thing I’ve heard you say.”

“Right. Hence your mantra that ‘it matters not whether we find, only that we continue to seek.’ Very zen. And super convenient, too. Because you’ve made kind of a specialty of not finding shit, right?”

“Were shit easy to find,” I said, “shit would already have been found. It would be part of the consensus, instead of buried and denied.”

“Neat sidestep. But seriously. I think my favorite was that episode where you marched up to the Smithsonian in Washington, DC, and demanded  to see all the  skeletons of giants hidden in the vaults. That was priceless. You in pouring rain, in the street, demanding they stop covering up the secret history of America. And that poor guy from the museum repeating again and again that the skeletons didn’t exist.”

“There are,” I said, “many reports from the 1800s mentioning huge skeletons. Even the 1891 Report of the  Smithsonian’s own Bureau of Ethnology—at that time directed by John Wesley Powell himself, as conventional a scientist  as you’ll find—details skeletons  over seven feet  tall found  in Dunleith,  Illinois, and  Roane County, Tennessee. I’ve got a PDF of the original right here on my phone  if you want to look. There are a ton of similar stories, in some cases found in deposit levels suggesting they predated  the Native Americans.”

“Wow. You’re prepared to go there? That way lies ‘the tribes weren’t the first people in North America, so they should stop whining about their land rights.’ You really want a piece of that? You’re braver than I thought.”

“Of course not. Some of the reports could have been concocted by settlers who were trying to undermine Indian claims to be the most significant inhabitants. Which a number of Native American myths also do, by the  way—consistently mentioning  red-haired, fair-skinned ‘culture bearers’ in prehistory. Though naturally,” I added  quickly, “it’s  hard to tell how reliable our records of their oral histories are.”

“Nicely dodged, again. Carefully not saying anything. Again. I’d love to ask whether you wanted coffee or tea. My guess is you’d wind up with both. Or neither.”

“Look, screw this,” I said. By now my voice had gotten loud, and I saw Ken glance over in our direction. “You said you wanted to do a genuine piece of journalism about the show. This kind of bullshit isn’t how you deal with a fellow professional.”

You’re a cut-and-paste merchant  who qualifies every assertion with ‘Could it possibly be that . . . ’  or ‘This has led some to wonder if . . . ,’ so in the end you never actually say anything.”

“But you’re not a professional,” she said calmly. “Except in the limited sense that you eke a living out of it. No, I’m not an epistemo-whatever-the-fuck. And you have zero qualifications in archeology or anything else. You’re a cut-and-paste merchant  who qualifies every assertion with ‘Could it possibly be that . . . ’  or ‘This has led some to wonder if . . . ,’ so in the end you never actually say anything.”

“And I don’t think you even believe any of it. That’s the worst part. You don’t really think there’s an alien spaceship in Area 51. You don’t think we’re ever going to find Noah’s Ark. You just know a good fairy tale when you see one, and you’ve developed the knack of selling secondhand snake oil to the drooling imbeciles of the interwebs.”

“And how does that  make me different from you? Your  stuff’s hardly Pulitzer bait, is it? ‘Ten Reasons Why Nobody Hires Jessica Biel Anymore.’ Classy, important think pieces.”

This evidently hit a nerve. “I’m writing material of greater substance these days.”

“A couple of unpaid op-eds in the Huffington Post make you neither Woodward nor Bernstein.”

“Noted,” she snapped. “And now we’re speaking of real journalists, does it bug you that Kristy’s doing so well?”

She hesitated.  Then  rolled her eyes. “Ha ha. You know which Kristy. Your ex-wife Kristy.”

“Seriously? Everything she types immediately syndicated across the world before she lifts her dainty hands from the keyboard. One of the most-viewed TED Talks of all time. Just listed in the Top Fifty Female Opinion Formers in the USA—okay, only at number forty-three, but still. Over a quarter million Twitter followers. Off at the moment doing something super-worthy about permafrost in Alaska. So petite and skinny-fit that she vanishes from sight when she turns to the side. That kind of doing well.”

“Certainly sounds like it bugs you. So much for the sisterhood, huh.”

“You’re really kind of an asshole, aren’t you.”

“Seriously. Does it bother you?”

She just looked at me and waited. “Not at all,” I said. “Kristy deserves every success. She has real and valuable opinions. She has integrity. She’s the smartest person I’ve ever met.”

“So how come you split, if she’s such a peach?”

“Because none of those things are true of me.” Everybody was standing now at the SUV with backpacks on, ready to roll and clearly waiting for us. “It’s time to go.”

She smiled at me, head cocked. “I’m surprised. I thought you’d be harder to knock over than this.”

“No, I fall down easy,” I said, suddenly feeling very tired. “My trick is I generally get back up.” 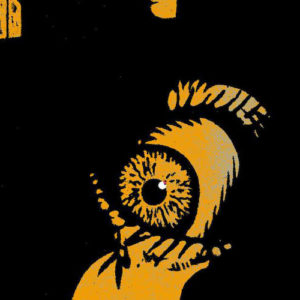 Classic Supernatural Thrillers Readers often say they like books about the supernatural because they stretch the borders of ordinary life, which seems to imply...
© LitHub
Back to top