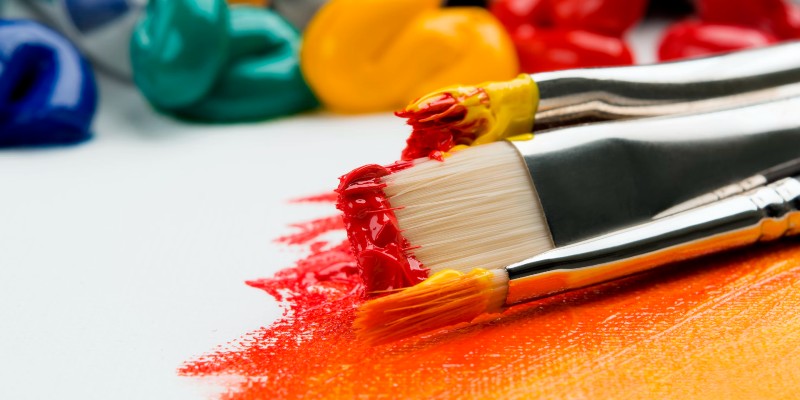 In the world of cozy mysteries, art and antiquities abound.

One of the elements in cozies that can be lots of fun for authors to create is the main character’s occupation. As you peruse titles you find the genre offers bakers, librarians, booksellers, crafters, teachers, pet shop owners, chefs, and the list goes on. The challenge for me in creating the Paint by Murder mysteries was finding something unique and entertaining for my character to do when she wasn’t busy chasing clues to solve murders.

My process in choosing what I want to include in my stories is influenced by personal experiences. In the case of the Paint by Murder mysteries, the setting of a small lakeshore town along New York’s Chautauqua Lake seemed a perfect choice. I’d traveled to the touristy Bemus Point, New York many times and that inspired my creation of my fictional town, Whisper Cove. In fact, many descriptions would be familiar to locals, such as the ferry which takes visitors across the lake to the town of Stow. I loved being able to include my version of the Bemus Point ferry in the mystery, Kill Them With Canvas.

However, what made my series rather unique is the occupation of the Abbington sisters. Chloe and Izzie run a painting event business called Paint with a View where guests paint beautiful pictures on canvas with the guided instruction of the sisters. Events are a fun way for locals and visitors to spend an afternoon or evening. My real life experience with attending a few party events is what inspired me to use that theme in my series. A unique, fresh idea is always a plus. In fact, after researching, I’d found only one other series with a painting event business. What I didn’t realize was just how many other mysteries had art as a theme and characters with all sorts of occupations—art historian, police sketch artist, art teacher, art theft authority, to name a few. It’s exciting to be in such inspiring company while I add several authors’ work to my to-be-read pile!

I’m thrilled to share with you six mystery series with an art theme. I hope you’ll find one or several that interest you. 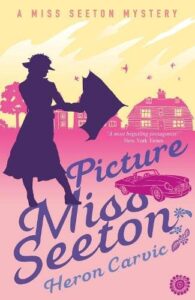 I want to start with the Miss Seeton series, classic British mysteries by Haron Carvic, where the very talented and mostly retired art teacher, Emily Seeton, is able to use her artistic knowledge in solving crimes. Her sketches provide plenty of clues, and the local authorities appreciate her innate ability to see underneath the surface and portray such things as a suspected criminal’s true character. She’s rather naïve about the dangers around her, yet somehow bungles her way unscathed in finding clues and catching killers. In some ways she reminds me of Inspector Clouseau of the Pink Panther series. There are a total of twenty-four books in the series, beginning with Picture Miss Seeton. 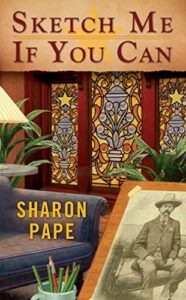 Sketch Me If You Can by Sharon Pape

This next series really interests me since it’s a paranormal mystery with a resident ghost who teams up with the heroine. In Sketch Me If You Can, a Portrait of Crime Mystery, author Sharon Pape introduces us to Rory McCain, a police sketch artist, who has inherited her uncle’s detective business and a stack of unsolved cases, as well as his Victorian house that’s haunted by a ghost. Can’t get more entertaining than that! In this first installment, the ghost, a former marshal, attempts to help Rory figure out who murdered her uncle. 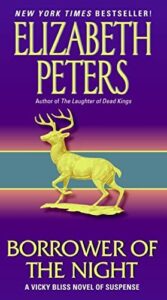 Borrower of the Night by Elizabeth Peters

An art historian who goes on adventures all over the world to solve mysteries of the past—what’s not to love? Vicki Bliss is an expert in lost museum treasures, and she’ll do anything, go anywhere to track them down. In the first book, Borrower of the Night, written by Elizabeth Peters, Vicki travels with her rather pompous colleague to explore a German medieval castle to find a missing artifact. Facing danger and the hint of an evil supernatural power, this promises plenty of suspense. Art, lost treasure, and mystery—Robert Langdon and Indiana Jones, make room for Vicki Bliss! 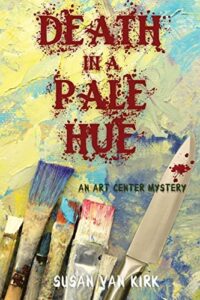 Death in a Pale Hue by Susan Van Kirk

Death in a Pale Hue is the first book in a new series by Susan Van Kirk. The main character, artist Jill Madison, returns home after a failed career in Chicago and becomes the director of the new community art center. A self-made artist without a formal education, Jill is determined to use her talent and prove her ability to run the center. However, on the eve of the center’s opening, a value piece of art is stolen, and the investigation leads to the discovery of a skeleton in the basement. These events, along with an unpleasant board member who doubts Jill’s competency, threaten to destroy the director’s future. Perfect motivation for this artist to turn amateur detective and figure out the mystery, cleverly penned by this author. 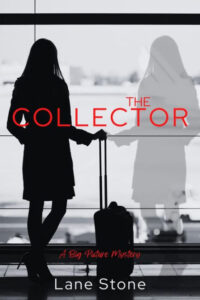 The Collector by Lane Stone

Yet another new series with an art theme begins with The Collector by Lane Stone. Art expert Emma Kelly travels across the ocean to England to track down art thieves who are stealing and destroying valuable art pieces with blue paint. At the beginning of the story, a disgraced philanthropist is found murdered with a destroyed painting next to his body. Kelly’s quest to track down the killer and a painting stolen by Nazis during the war leads her to discover yet another murder. This time, the victim is a diver who was exploring a sunken Nazi submarine at the time. What is most impressive to me is the author’s background. She studied antiquities theft and art crimes in college. Adding this knowledge to her talent as a writer in creating a suspenseful story is definitely the formula for a great mystery read. 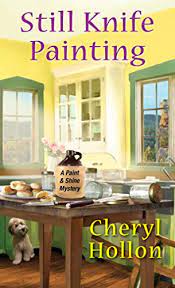 I mentioned earlier that I had discovered one other cozy mystery series that includes a painting event business. The Paint & Shine mysteries by Cheryl Hollon is a fun series in which the main character, Miranda Trent, inherits her uncle’s property in Kentucky. Miranda combines painting events with moonshine and southern cooking in her business, Paint and Shine. In the first book, Still Knife Painting, Miranda knocks heads with her cook who ends up murdered, and of course Miranda is the number one suspect. Scenic mountain views, southern hospitality, paint parties, and scrumptious meals topped off with sips of distilled moonshine add lots to this entertaining mystery. 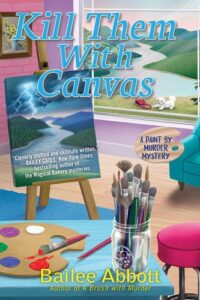 Bailee Abbott is a retired teacher who now spends her days plotting murder and writing mysteries.She's a member of Sisters in Crime as well as of International Thriller Writers. Bailee lives with her husband and furry friend Max in the quiet suburbs of Green, Ohio. Bailee also writes the Sierra Pines B&B mystery series under the name Kathryn Long. 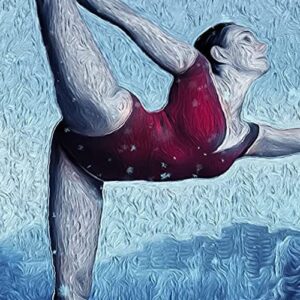 Another week, another batch of books for your TBR pile. Happy reading, folks. * Louise Penny, A World of Curiosities (Minotaur) “Another...
© LitHub
Back to top