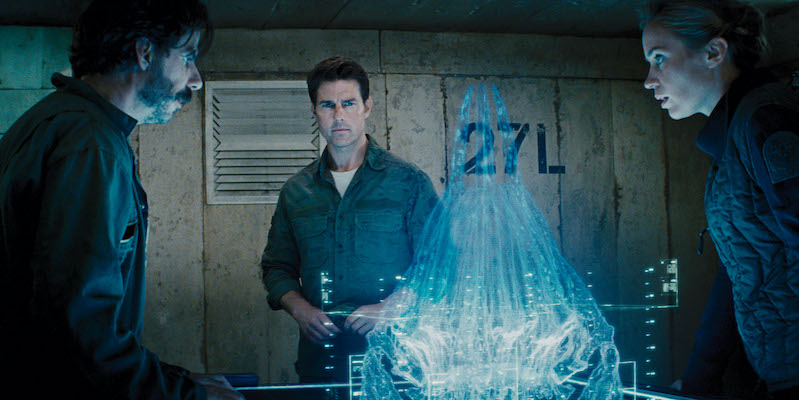 "Your readers are very, very smart. Trust them. They will pick up those breadcrumbs of context and piece them together like nobody’s business..."

I started trying to write professionally—seriously, methodically, a copy of Writer’s Market in one hand and a stack of self-addressed stamped envelopes in the other—at age twelve. (You can imagine how well that ended for me.) Behind me was a decade of bookworminess, yes, but also a deep and abiding love of movies and video games, the faster-paced and more action-packed the better. It’s here I developed a lifelong admiration of a writing choice you see often in visual media but very seldom in books: pitching the viewer (and, occasionally, the reader) directly into the deep end from the first moments of the first scene and paying out just enough line for them to grab onto.

I’m not even necessarily talking about when the opening scene takes place at the middle or end of the story—I really like the opening scene to the first episode of Breaking Bad as a great example of this and the opening scenes to any number of Better Call Saul episodes for that matter—and then spends a lot of time or pages catching you up. Gillian Flynn’s Gone Girl utilizes a really interesting twist on this technique: where you think the story starts…isn’t where the story starts at all. I adore this kind of thing. But what I’m thinking of more right now is the delicious and faintly dizzying sense of disorientation you get when you hit play or open your book and a scene is already unfolding around you, in medias res, and it’s hit the ground running, so you need to hustle to keep up. It has no interest in stopping what it’s doing to explain itself. It’s busy. Leaving you with zero idea how to parse the chaos you’ve just been dropped into, but (if you’re a viewer, a gamer, a reader like me, anyway) you are all in on putting in the work to find out. It takes some effort on your part, sure, but it lends a sense of vibrancy, of urgency, of mystery, of lived-in texture to the world. I’ve been there all along, it says. You’re just passing through.

Stephen Graham Jones’s The Only Good Indians starts practically in the middle of a parking-lot bar brawl, full of asides about events and characters that will make no sense to you until you get further in, but you’re being reeled into the story one sucker-punch of a sentence at a time. You don’t care that you don’t understand yet. You don’t need to. You’re immersed, and you realize distantly that you have no idea who or what is being referenced in some of these asides, but by that point you’re in it up to the eyeballs, and the only way out is through.

Lauren Beukes’s Moxyland opens with art-school dropout Kendra being turned into a living advertisement for a soft-drink company. She gets injected with nanobots that do three things: keep her healthy and beautiful; addict her to the company’s flagship soft drink; and make the soft drink logo literally glow through her skin. A different writer could easily have gotten bogged down with all the backstory and explanation and paragraphs of exposition about the procedure and why Kendra chose to do it, etc. But Beukes doesn’t care. You get lowered into this weirdness headfirst and you’re given just enough context, paragraph by paragraph, that it never doesn’t make sense, but not so much that you ever get jarred out of the narrative and the general sense of what the hell is going on that you keep turning pages, and then all becomes clear.

All You Need is Kill by Hiroshi Sakurazaka, the basis for the movie Edge of Tomorrow, starts pretty much smack in the middle of an all-out firefight through the point of view of a soldier wearing power armor. It’s also a time loop story, which becomes apparent a little later on. We don’t even know until several pages in that the enemy is an alien invasion force. You’d think that’d be the hook, but no. The hook is the immersion.

And then there’s the first chapter of Hannu Rajaniemi’s The Quantum Thief, which starts with the absolutely killer opening line “As always, before the warmind and I shoot each other, I try to make small talk.” And just gets weirder from there.

What these examples all have in common is the utter confidence of the prose and the absolute surefootedness of the pacing. Both of these things, when done right, are worldbuilding—and they do it in less space than paragraphs of exposition. And yet it’s so hard to find.

I’ve always very much been a write-the-book-you-want-to-read kind of author, and when I can’t find the kind of book I want to read, or not as often as I’d like to, I make it my personal mission to add more examples of that kind of book to the world. As a reader, I hate being spoon-fed exposition. I don’t want to be told, I want to be shown. I want to put in the work to understand. More, I want to feel it—whatever it is you’re saying—viscerally. I want to feel like your book is sitting on my chest and punching me in the face one well-muscled sentence at a time. Most of all I want to be let into the story yesterday. And so that’s the kind of book I try to write.

As such, this is by far the writing advice I most get asked for. I’d like to take this opportunity to share my favorite worldbuilding tips I’ve picked up over the years.

—Worldbuilding is not a standalone aspect of your book. It plays into your characterization, pacing, and prose. For my money, an opening chapter that gets its hooks in you and drags you into the middle of the scene can convey more worldbuilding more organically than an opening chapter of exposition, almost every time. And, best of all, it doesn’t wreck the pacing of your story to pause for full sections to explain stuff. And seeing that world through the lens of your character’s point of view can tell the reader a lot up front about their priorities, their background, what details snag their attention, what strikes them as out-of-the-ordinary, etc.

—You are literally building your world, and then inviting the reader in. Make it real. There’s the worldbuilding that refers to things off-page (all the history and backstory and context with which the setting and characters are freighted), but then there’s the full-sensory kind that whips the world immediately into focus. What does this place smell like? What memories/emotions/ideas do details of the setting evoke in your characters? Etc. Let the world glance off the reader at unexpected angles.

—Often what you see is a “hook” section followed by a “let’s back up and do five pages of explaining what you just saw” section. It destroys the momentum you’ve set up. Your readers are riding a rollercoaster straight into a brick wall. You can avoid this entirely and still get all your information across if you’re patient and willing to scatter breadcrumbs. Sorry if that was too many metaphors.

—Even the stuff that’s often handled via paragraphs of exposition can be done very briefly, with surgical precision. My favorite way to explain this to people is write it like it’s fanfic. By which I mean: act like the world already exists, the characters moving through it already exist, you’re just splashing around in a preexisting sandbox, and your reader is in on any references your narration or characters make. Of course they aren’t, at least not at the outset, but they don’t need to be. Because…

—Your readers are very, very smart. Trust them. They will pick up those breadcrumbs of context and piece them together like nobody’s business, as long as you’ve done a good job making them care. If they’re invested in the story, if they’re interested in the characters, they’ll go along with you. You don’t have to handhold them. They’re already right there.

—The above two points do extra heavy lifting for you in a cross-genre book. Ever read a book where you think you know for sure what genre it is to begin with, and then the world subtly shifts around you as you’re reading and you realize you were wrong? This would be clunky as hell to do through exposition. Doing it through worldbuilding and carefully controlled pacing leaves the reader ever so slightly unsure of their footing while you lead them onward. In my experience, some readers really do not appreciate this. But the ones who do really I’m one of them.

—An interesting revising exercise is to just chop off the first chunk of your manuscript, pinpoint the details in it you need to convey, and see if you can fill them in organically elsewhere. It doesn’t always work, but if you want that cinematic drop-them-in-and-let-them-swim kind of hook, this is probably the fastest way to get a feel for how to do that.

—As long as your world is compelling, it almost doesn’t matter if it makes sense at first, exactly. Because “making sense” is subjective, and has a lot more to do with cultural storytelling norms and a lot less to do with storytelling quality than you may think. Make it real, it becomes real. Your house, your rules. 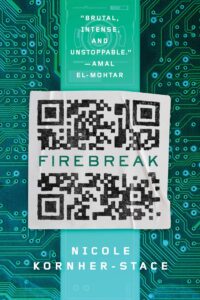 Nicole Kornher-Stace is the author of the Norton Award finalist Archivist Wasp and its sequel, Latchkey. Her short fiction has appeared in Clarkesworld, Apex, and Fantasy Magazine, as well as many anthologies. She lives in New Paltz, New York, with her family. She can be found online at NicoleKornherStace.com, or on Twitter @WireWalking. Her latest book is Firebreak, now available from Saga Books. 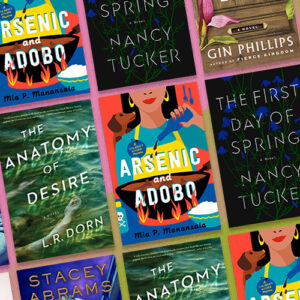 Each month the CrimeReads editors make their selections for the best upcoming fiction in crime, mystery, and thrillers. * Stephen...
© LitHub
Back to top