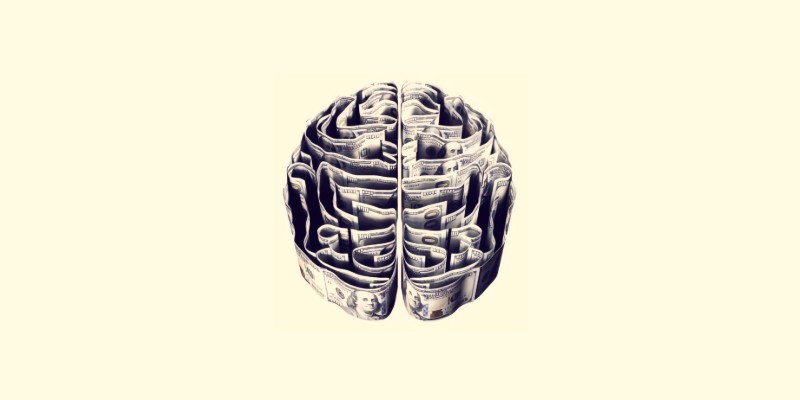 The Beautifully Skewed Insights of Protagonists with Uncertain Inner Lives

When a novel's worldview comes untethered from reality, that's when the magic happens.

Once I watched a film adaptation of Shakespeare’s Hamlet and it put a knot in my brain. The director, Franco Zeffirelli, was universally lauded for his naturalistic translations of important works of the western canon into masterpieces of film. Among his early triumphs were both The Taming of the Shrew and Romeo and Juliet. I was a fan. My expectations were high. The performances were strong, the production values top notch, and the cutting of the play captured the heart of the story. Still, something left me deeply unsatisfied. It felt wrong.

From my reading of Hamlet, the tension in the play arises from the young prince of Denmark’s indecision over action versus inaction concerning the death of his father, the former king. He doubts his own sanity, wonders if grief has driven him mad, acts out violently and either irrationally or justifiably, depending on how the viewer interprets the story. The play is called Hamlet for a reason, it’s a deep character study of one person’s mourning, grief, hurt, anger, suspicion, and desire for clarity and retribution in a situation that offers no obvious answers.

Mel Gibson was the lead in the film. He was in his mid-thirties playing a teen. Despite that, Gibson’s performance was better than I’d expected and that wasn’t the source of my issue. It turns out I couldn’t shake his history as an action star of commercial blockbusters like Mad Max and Lethal Weapon. I never believed Gibson’s Hamlet was tortured by uncertainty over if vengeance was warranted. Gibson grasping a sword meant someone was about to be stabbed. Whatever the cause, for me, the casting lacked the beautiful human vulnerability and internal drama inherent in Hamlet. It really bothered me.

Teasing apart that uncomfortable brain-knot taught me that I admire a character who honestly struggles with emotional and psychological conflicts in difficult moments. That kind of grappling is a true reflection of the human condition. Understanding that informs the books I read and the protagonists I write. In my newest novel, Half Dead, my protagonist suffers from Cotard’s disease, a rare physiological condition that makes him believe he’s dead. Despite all evidence to the contrary, he can’t accept that he’s fully alive. This shifts his perspective and gives readers a glimpse at the world from a radically different angle.

Here’s a short list of great novels that speak to the value of protagonists with worldviews not anchored squarely to reality. 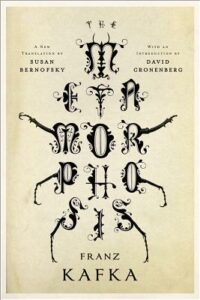 Gregor Samsa wakes to discover he’s become a giant insect. The unexpected and drastic transformation is handled with deadpan frankness. It’s as if growing a cumbersome carapace is no more an indignity than any other of the mundane inconvenience in the salesman’s bleak existence.

The term Kafkaesque generally means one is being subjected to a waking nightmare. Gregor, knowing intuitively nothing can be done but to carry on, focuses primarily on ordinary concerns. The novel becomes a chronicle of the unhappy fallout of his new reality. His family finds his eating habits repugnant. He loses his only source of income. His new body is uncomfortable. All of this leads to spiraling isolation. Depressing for sure. But told with wit, cleaver observations, and absurdist charm. 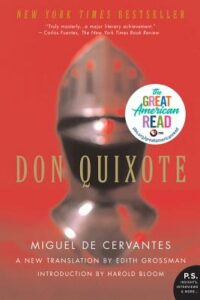 Don Quixote is one of the most translated books in history and is widely considered the first modern novel. The plot revolves around an exceedingly idealistic man whose perceptions have been shaped by reading too many chivalric romances. He anachronistically declares himself a knight-errant and embarks on a series of confused quests to win the favor of a neighboring farm girl, his lady love, Dulcinea. Along the way, Don Quixote enlists the help of Sancho Panza, who serves as straight man, trying his best to curb his master’s outlandish fantasies.

The novel is often called a comedy, but at the center of the story is a commentary that good intentions and romantic ideals have no place in a cynical world. Such behavior is explained charitably by friends of Dox Quixote as an enchantment that has addled him. By the wider world, his actions are viewed as plain crazy foolishness. These reactions say as much about values of those placing judgement as it does about the protagonist. 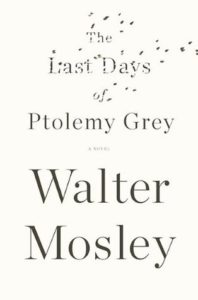 The Last Days of Ptolemy Grey by Walter Mosley

Ptolemy Grey is ninety-one. Initially he seems intent on rattling around his cluttered L.A. apartment, full of mementos of a life already lived, and letting dementia slowly take him. But the death of his grandnephew and the influence of a young woman force Ptolemy to reengage. To do so he makes a Faustian bargain with a shifty doctor who administers experimental medication that promises a brief span of lucidity before snuffing his life out completely. For Ptolemy the price is worth a last chance to set things right.

Mosely is a master of utilizing, experimenting, and repurposing noir-style detective fiction as a vehicle for discussions of race and love in American culture. This novel is no exception. Beyond that, he embodies Ptolemy’s rapidly degrading mind with skill and more care than I’ve found in any other literary exploration of cognitive decline. Mosely writes Ptolemy with such love, that I fell for him completely. 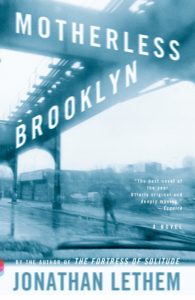 This neo-noir narrative follows Lionel Essrog, a man that stands apart from society for several reasons. First, he exhibits habitual Tourettic vocal tics such as barking, counting, repeating certain phrases, and explosive strings of inventive profanity. Second, he has no family, was an orphan, abandoned and raised at the St. Vincent’s home for Boys. Third, he’s a smart guy. A fact most people miss because their bias over his outbursts makes them underestimate his intellect.

The closest thing Lionel has to a father is Frank Minna, a small-time neighborhood mobster and one of the few people who sees past the tics to the potential beneath. When something happens to Frank, Lionel uses his outsider status, people’s low expectations, his deductive gifts, and street smarts to find the people responsible. 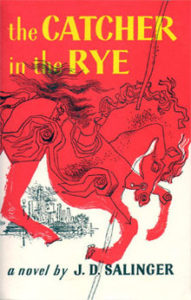 The Catcher in the Rye by J.D. Salinger

Holden Caufield is arguably one of the most important characters in American literature. Salinger’s masterwork is frequently assigned in high school English class as a relatable coming-of-age story. Strange really. Although Holden is sixteen, depressed, feeling alienated, misunderstood, and unseen – the story lacks the arc of self-discovery normally associated with coming-of-age.

Holden’s constant, low-grade misery is largely self-inflicted. It is, admittedly, odd to call youthful inexperience and self-righteous idealism an affliction. In my own memory, it can certainly feel that way. Holden seems unable to stop casting judgments on those who conform to social expectations. For instance, he believes his older brother is wasting his talents working as a screenwriter. Holden puts concepts like innocence, kindness, authenticity, and beauty in a category high above practical concerns. The force with which he commits to his views, the desperate sense of clinging to the rightness of his opinions speaks to similar phases in most people’s lives. Ultimately, that’s why the novel is powerfully relatable to many readers, even when the internal logic is flawed. It is the force with which the protagonist believes that can’t be resisted. Holden’s faith is enough pull us along.

In the end, Holden doesn’t seem to grow. He clings stubbornly to his perspective, refusing to trade his youthful values for the advantages (or curses) of adulthood. The only shift in perspective is slight: from frustration at phonies with fake values making poor choices, to a focus on the beauty inherent in youth. It’s not a dramatic change. In that way, perhaps Salinger captured something true about growing up. Namely, that adulthood sneaks up so subtly it can’t be defended against. 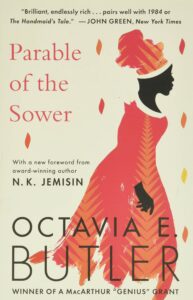 Parable of the Sower by Octavia E. Butler

Hugo and Nebula award winner as well as the first Sci-fi writer to receive a MacArthur Fellowship, Octavia Butler has an entire body of work worth reading. Parable of the Sower, a biblical reference, is set in a dystopian California being strangled by human environmental neglect. Society is descending into madness and anarchy. Fifteen-year-old Lauren, lives in a neighborhood managing to cling to a semblance of safety and order. Living in an island of relative calm surrounded by chaos is torture for Lauren, who suffers from Hyperempathy, a condition that causes her to physically experience any human suffering she witnesses. With this as context, Lauren’s world comes apart. Ultimately her condition offers unique insights that help her form a belief system (Earthseed) that may hold salvation for all of humanity. 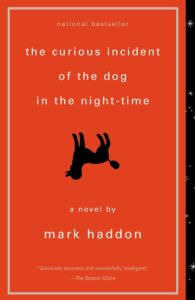 Christopher John Francis Boone is a fifteen-year-old who is a “mathematician with some behavioral difficulties.” Namely, he has a supremely logical mind that loves patterns, rules, and a diagram he keeps in his pocket. He finds human emotions indecipherable, and he can’t stand to be touched. However, he likes animals. When a neighbor’s dog, Wellington, is killed, a variable that doesn’t fit his diagram threatens to upend his precarious understanding. He has no option but to turn his curse into a blessing. Inspired by his deductive hero, Sherlock Holmes, he goes about the business of solving the crime of Wellington’s demise. This book is charming, funny, and Christopher’s perspective allows for special insights. 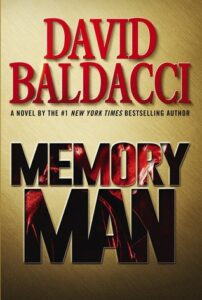 In Amos Decker’s distant past, he was a big athletic kid. He became a professional football player. On his first play in a real game, a helmet to helmet hit ended his sports career. An unexpected side effect of the injury is he can never forget anything. Clearly an asset for a detective. But a devastating personal tragedy turns his best tool into his worst nightmare. One from which he struggles to find relief. 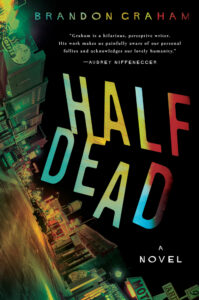 Brandon Graham studied visual and written narrative at Columbia College, Chicago at the Center for Book and Paper Arts. He is a visual artist who writes.

The "Facebook Murder" That Shattered the Chinese Dutch Community 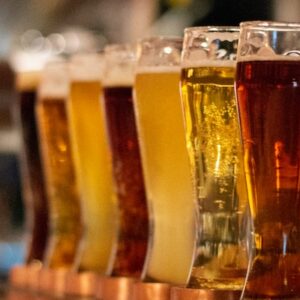 It’s no accident that some of the most iconic detectives in literary history are beer lovers. Beer lubricates the gears...
© LitHub
Back to top