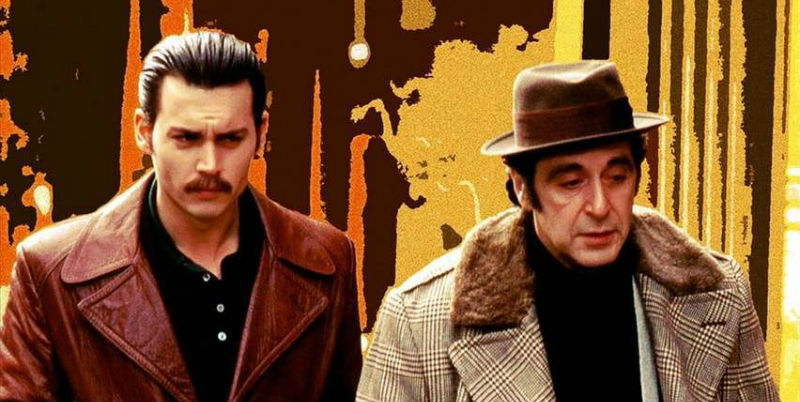 I grew up in rural Kentucky, the daughter of the county sheriff. I spent most of my early years reading The Hardy Boys and Nancy Drew Mysteries, so it wasn’t a big surprise when I became an FBI agent in 1995. As a 5’2” female, I didn’t fit the stereotype of an FBI agent, which made me the perfect choice for an undercover agent. During my 20 plus years as an FBI agent, I spent 13 years in the undercover program, working a wide variety of cases from drugs to domestic terrorism. I worked two long-term, deep-cover cases, one lasting four years and the other three years. When working deep-cover investigations, an undercover agent lives as his or her alias 24 hours a day, 7 days a week and has very limited contact with family and friends.

During my time in the undercover program, I kept a journal hidden in the ceiling panel of my undercover apartment that contained characters, events and feelings I was dealing with on a daily basis. This journal led me to write a series of books about a female FBI undercover agent. Behind The Mask is a work of fiction but is based on my personal experiences working as an undercover agent. I wasn’t ready to say good-bye to my main character, so I wrote my second novel, Beyond The Cabin, which was released in August 2017. Beyond The Cabin is set in the Lowcountry of South Carolina, which happens to be my home. Writing has become an addiction, so the third book in the Lexie Montgomery Series, Below The Radar, comes out August 13, 2019. This book is unusual because it is loosely based on an undercover mission that I worked with a male FBI partner, who was also my boyfriend at the time. FBI management was hesitant to allow us to work together because of the rigors and stress of working undercover 24/7, but finally agreed to the operation. I’m happy to report that the case went well and we are happily married.

When I was a young FBI agent I read a book that changed my whole perception of the FBI and undercover work. This book was Donnie Brasco: My Undercover Life in the Mafia: a True Story by an FBI Agent by Joseph D. Pistone. I remember wondering what would I do if I were in agent Pistone’s shoes and faced similar situations. Pistone’s memoir is so exciting that it reads like great fiction. There are countless fiction books written about undercover agents, but there are few really good works of nonfiction. The following five books are what I consider to be the best nonfiction books about undercover life from the perspective of a retired undercover FBI agent. 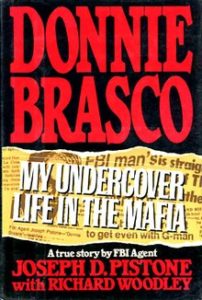 Donnie Brasco: My Undercover Life in the Mafia: a True Story by an FBI Agent by Joseph D. Pistone

This is probably the most famous book about FBI undercover life, later made into a feature film starring Al Pacino and Johnny Depp. Using the alias of Donnie Brasco, FBI Special Agent Joseph D. Pistone spent six years working undercover to infiltrate the mafia. Over the years, Pistone witnessed and sometimes was forced to participate in horrific acts while gathering enough evidence to send over 200 gangsters to jail. Pistone’s case was the greatest infiltration ever by a federal agent into the mafia. During my career, I worked two long-term undercover cases, the first lasted three years and the second one four years. I can tell you from personal experience, that being away from family and friends for long periods of time is difficult and painful. Pistone spent six years of his life relocating his family from place to place for safety reasons, yet rarely spending any quality time with them. Pistone’s book is a riveting must-read. 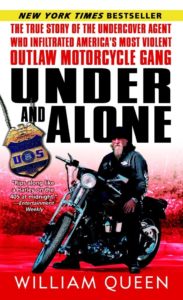 Under and Alone: The True Story of the Undercover Agent Who Infiltrated America’s Most Violent Outlaw Motorcycle Gang by William Queen

William Queen’s life changed in 1998 when a “confidential informant” contacted the Bureau of Alcohol, Tobacco and Firearms and offered to introduce an undercover agent inside the San Fernando chapter of the Mongols, one of the most dangerous motorcycle gangs in America.  Queen accepted the mission which began an extensive undercover operation inside the outlaw motorcycle gang. During the 28-month investigation, Queen became a fully “patched-in” member of the gang and eventually was elected their treasurer. Queen does a brilliant job of showing readers how the line between an undercover agent’s true identity and his alias can easily become blurred. Because the book is such an adrenaline-charged read, it’s easy to forget that the story is true. 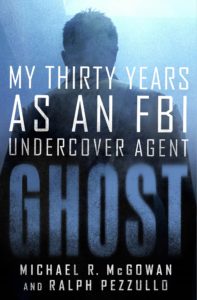 Ghost: My Thirty Years as an FBI Undercover Agent by Michael R. McGowan and Ralph Pezzullo

In Michael McGowan’s thirty years as an FBI agent, he worked more than 50 undercover cases. In this memoir, McGowan takes readers through some of his biggest cases in FBI history showing how the FBI always gets its man. I’m not normally a fan of nonfiction, but this memoir actually reads like fiction. The book does a great job of showing how undercover agents have to juggle not only their cases and family matters, but how they have to deal with issues stemming from adverse management. I related to McGowan’s portrayal of how management doesn’t always have the undercover agent’s best interest in mind. Management takes care of management and McGowan pulls no punches. 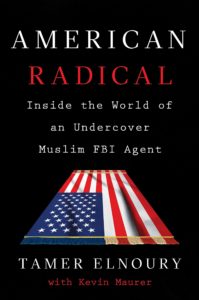 American Radical: Inside the World of an Undercover Muslim FBI Agent by Tamer Elnoury and Kevin Maurer

Tamer Elnoury, an Arabic speaking Muslim American law enforcement officer, wrote this page turning memoir outlining his infiltration of a North American radical Islamic terrorist cell. Elnoury, a devout and faithful follower of Islam, does a stellar job of showing the difference between true Islam and the behavior of radicalized Muslim terrorists. Readers will learn about the counterterrorism side of the FBI and how the FBI uses undercover agents.  An eye-opening and thought-provoking book. 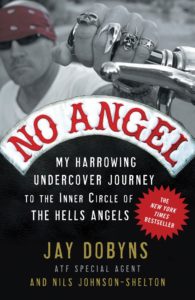 No Angel: My Harrowing Undercover Journey to the Inner Circle of the Hells Angels by Jay Dobyns  and Nils Johnson-Shelton

Jay Dobyns worked for the Bureau of Alcohol, Tobacco, and Firearms for twenty-seven years. He was the first federal agent to infiltrate the inner circle of the outlaw Hells Angels Motorcycle Club. In his memoir, Dobyns discusses the 21-month operation that almost cost him his family, his sanity, and his life. Dobyns doesn’t hold back when he describes the pain and despair of living a double life. His intimate prospective reveals to readers the psychological impact of undercover work. I related to the pain that Dobyns experienced from being separated from his wife and children for such a lengthy and dangerous assignment This is where fiction and nonfiction differs when it comes to books about undercover work. Works of fiction rarely show the true impact that undercover work has on an agent or officer. This is one of the reasons why I chose to write my first novel. I wanted to show the psychological toll that a long-term undercover investigation has on an agent. Dobyns’s harrowing first-person account illustrates the psychological trauma of working dangerous undercover missions and gives readers a fascinating look inside the inner circle of the Hells Angels Motorcycle Club.

Dana Ridenour is a retired FBI agent and the author of three FBI undercover novels: Behind The Mask, Beyond The Cabin, and Below The Radar. Ridenour lives in Beaufort, South Carolina with her wonderful husband. She is currently writing her fourth novel. 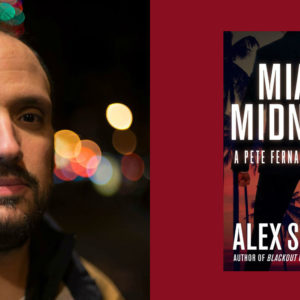 In 2016, Alex Segura introduced us to a different kind of private investigator. Not slick, not cocky, not the smooth dude...
© LitHub
Back to top