The Best Crime Shows Coming Out in September

To be entirely honest and upfront, I’m not sure there’s a single crime show premiering in September that’s really worth getting too excited about. The slate is just too crowded with the new fantasy juggernauts (House of Dragons and Lord of the Rings) and the perennial onslaught of network procedurals back on the air after summer breaks (Law & Order, FBI, Chicago, CSI, etc, ad infinitum…). That said, there are some lower-profile projects coming up, and one of them may just turn out to be a new favorite, who knows?

It’s hard to pin down the exact tone on Fakes—is it more Superbad, Claws, Brick? what are we talking here?—but that’s what’s so promising about this story, which chonicles two high school girls launching a small side hustle in fake ids, but pretty soon the whole thing is spinning out of control and into mayhem and ruin. Just how dark will this series get?

The best courtroom drama this side of Saul comes in for its final season, and now is as good a time as any to expand your Paramount+ access outside the Sheridan-verse to enjoy a lot of smart writing, tense drama, and actors working at the very top of their games.

Matthew Fox is back on TV and it’s in a big role at the center of this new international thriller, which follows a petro-chemist who’s trying to save the world and his family after a series of attacks disrupts energy supply. You can expect a lot of globe-trotting and high-adrenaline scene cuts and maybe, just maybe, our hero is going to find out something about himself along the way.

It’s incredible this show actually exists. After more than seven years in development, a remake of the 1980 Paul Schrader film hits Showtime. (David Hollander (Ray Donovan) was at the helm, but was fired following a misconduct investigation.) Jon Bernthal, fresh off We Own This City, stars, and you have to assume he goes pretty deep into the Los Angeles underbelly. This might be the month’s crime standout.

Emayatzy Corinealdi gets a star turn as a Los Angeles attorney in this new legal drama with Kerry Washington directing and executive producing. Looks like a pretty fun mix of crime, drama, and glamor.

Don’t Turn My Book into a TV Series 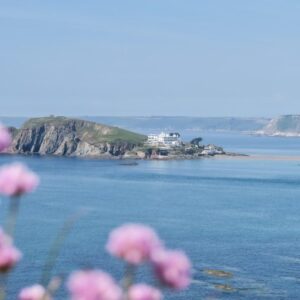 Books are a bit like children for authors, we’re not really allowed to have favourites, but Daisy Darker is mine. It is a dark...
© LitHub
Back to top