The Best Gothic Fiction of 2020

As the Gothic Revival continues, it's time to take stock of the best, most anxious, and most atmospheric gothic fiction of 2020.

Well, friends, I admit that gothic and horror fiction are not my expertise, but I’ve just read so many good books this year, I couldn’t resist having a go at the best of gothic! The great gothic revival has been going on for a couple of years now, a natural offshoot of domestic suspense and psychological thrillers that borrowed heavily from gothic tropes in the first place. Shifts in technology have sent some authors into the dystopian world of smart homes, while other writers have taken to the past to glory in manor houses seeping with decay, infected with pride, and corrupted by evil. Gothic fiction of the 19th century also harkens back to the rise of anxiety, a preoccupation with mental illness, and a desperate fear of ruin, all back in vogue in our current extraordinary times.

In this elegantly crafted tale of utopian woe, a new girls school set up in a former utopian colony becomes the site of a mysterious illness—and a very dubious cure. Beams’ protagonist, the daughter of the commune’s golden couple, is trapped between the patriarchal concern of the men running the school, the teenage rebellion of its students, and her own complicated desires; her thoughts are relatable but also grounded in 19th century ideals for a perfect historical novel.

I’m very embarrassed to say that I just now (as of November 10) finished reading Silvia Moreno-Garcia’s brilliant and absurdly entertaining gothic thriller, and OMG IT IS SO GOOD. A fabulous combination of gothic tropes and fungal weirdness, and as speckled with Mexican Golden Age cinema references as it is with descriptions of mold, Mexican Gothic follows an independent and stubborn socialite as she heads to an old mining town, determined to rescue her cousin from the clutches of her husband after receiving strange letters that hinted at grave predicament. Upon arrival, she encounters the inbred denizens of the  Doyle family, a sinister group of English-speaking aristocrats living in a gothic deathtrap of a house with an unimaginably cruel story to its origins. She teams up with the one sympathetic relative to discover the family’s secrets and lift their hold over her ailing cousin.

Indigenous author Stephen Graham Jones is widely celebrated for his pulp visions and folklore-infused fiction. His latest, The Only Good Indians, juxtaposes wisecracking characters against a shadowy, destabilized nature, as four men attempt to outrun the vengeful spirit of a mother elk they had wrongfully killed as teenagers, and each falls victim in turn. Nature’s revenge is a potent and powerful theme, especially in the hands of a genre master, and those who enjoy literary horror will find themselves riveted by Jones’ dark visions of vengeance.

If Munchausen-by-proxy syndrome doesn’t fit into Gothic tropes, then I continue to be rather unsure of what, exactly, gothic means. Rose Gold spent her whole childhood thinking that she was desperately ill—at least, until her mother’s sent to prison for poisoning her own flesh and blood. And now that Mama’s getting out of prison, Darling Rose Gold has an intricate plan for her own sweet, sweet revenge. Of particular note is Rose Gold’s relationship with her twisted, yellowed teeth. I would like to see more authors write about teeth. As they say in Unbreakable Kimmy Schmidt, “teeth are your bones escaping.”

The exclusive private college of Catherine House is filled with experimenting scientists, nihilistic students, eerie doppelgangers, and plenty of long corridors to nowhere. If The Magicians trilogy is Harry Potter with sex and drugs, then Catherine House is a spiritualist version of The Magicians. A student on the run from the authorities sees the school as the perfect place to hide, but she slowly discovers the school has much more in mind for its students than simply refuge and learning. 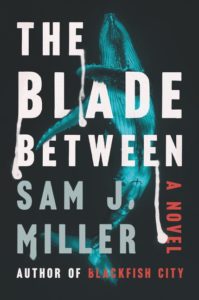 2020 brought a plethora of new additions to the gentrification noir canon, but Sam J. Miller’s The Blade Between stands out for its heroes’ plan to raise sinister supernatural forces in defense of their city. Ever since H.P. Lovecraft first drew attention to the plight of New England architecture by filling his fictional decaying homes with hideous monstrosities, Gothic fiction has been a surprisingly partisan force for housing preservation (Jane Eyre and Rebecca notwithstanding). In The Blade Between, the relationship reaches its zenith, as a photographer and his two childhood besties attempt to save their beloved city of Hudson from corporations and yuppies, only to find themselves instead awakening an ancient force bent on vengeance. Also, since this is Sam Miller, be warned: there will be whales. 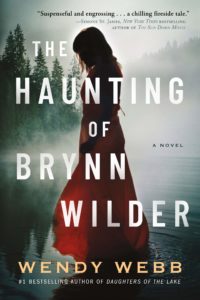 Webb’s delicious new gothic romance takes place on the shores of Lake Superior in a haunted bed and breakfast. A disgraced academic has gone to rest for the summer and figure out her next moves, but she’s deterred from the mission of self-care as soon as she meets a tattooed resident of unearthly handsomeness and becomes curious about the hotel’s past secrets. And of course, she must find out why one of the guest rooms has been retired from use. Wendy Webb is a rising voice in thrillers, and we can’t wait to see what she does next. 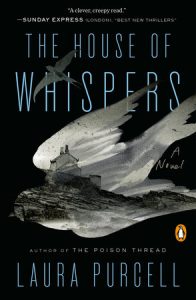 Everyone loves a good tale set in a sanatorium. What I wouldn’t have given this year for a few months away at a spa filled with kind rich people recovering from nervous exhaustion by playing endless hands of whist… Laura Purcell’s latest, however, takes us to a very different kind of sanitarium, an estate intended to become a rest home for those suffering from tuberculosis so they may benefit from the salubratory effects of the seaside. A widowed doctor and his faithful daughter, rent by their recent loss of the rest of the family to the White Death, attempt to cure convicts of the deadly disease. Their attachment to logic, science, and order is quickly tested by mysterious goings-on that hint at an ancient magic with ill intentions. 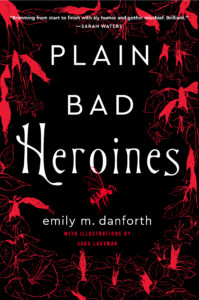 Emily M. Danforth’s sapphic thriller takes place at an all-girls boarding school known for a queer and haunted past. Split between two timelines, Plain Bad Heroines tells the story of a turn-of-the-century romance and the film project that attempts to capture it, 100 years later. One of the great joys of genre fiction is to see tropes treated so lovingly and torn apart and turned on their heads, and no one does it better than Danforth. Perfect for fans of Sarah Waters and modern metafiction! 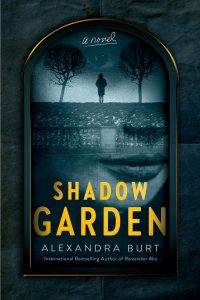 Alexandra Burt’s Shadow Garden is, quite simply, heartbreaking. A woman is recovering from a leg injury in a swanky rehabilitation facility has every need met by the center’s assiduous caretakers, but her husband’s never been to visit, the workers keep odd hours and always seem to be snooping, and she can’t shake the feeling that she’s being watched. Without much to do, the woman gossips with the aging writer next door, fights small battles with her nurse, and remembers her life before, including the strange, affectless childhood of her precious, pampered, and terribly destructive child. Burt uses her character’s patchy recollections and self-serving hindsight to explore the fracturing of memory in the face of trauma, and her writing is as haunted and beautiful as her ex-beauty queen narrator. 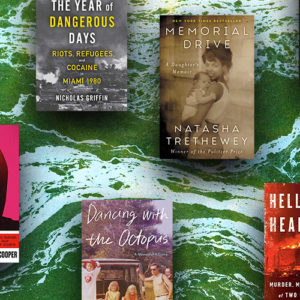 We're another year into the modern true crime boom, with no sign of slowing. In fact, the literature seems to get more mature...
© LitHub
Back to top