Are you ready for the new 'Magpie Murders' series? Your mother is.

It’s just about October, which means your streaming services are going to be packed full of horror, but for the avid crime watcher there’s still quite a bit to look forward to, as long as you don’t mind a tinge of fright in your weekly viewing, or else you’re a fan of British mystery in particular, in which case you’re in luck, because there are some gems headed across the Atlantic in the weeks ahead. Here, a few highlights on the calendar.

Set in a Nottinghamshire mining village, Sherwood tracks an investigation into two murders in a community still processing the legacy of a miners’ strike decades before. Clues point to one of the victim’s suspicions about secret police infiltration and disruption in the miners’ ranks, and possibly an ongoing coverup.

Tom McCarthy (Spotlight) is back to the world of investigative reporting. This time Hilary Swank plays the dogged journalist, summoned from New York to Alaska to work on a story about women from indigenous communities gone missing. She’s paired up with a local to help her navigate the ins-and-outs of the uncanny north. Surprising that this one should land with ABC, but McCarthy has a history of working on prestige features and network hits.

A Friend of the Family
(Peacock / Premieres October 6)

Nick Antosca (Channel Zero, The Act) is the creator by this incredibly sinister story based on true events, with Jake Lacy getting the turn as a psychopath who insinuates himself into the neighbor’s family and kidnaps the daughter multiple times over a span of years.

It’s the annual Mike Flanagan repertory production on Netflix, and I for one am pretty happy to have it. This time around Flanagan is co-creating with Leah Fong, adapting from the book by Christopher Pike, which depicts a group of young people in a hospice home who try to out-scare one another with late night story sessions, who soon find themselves at the center of a terrifying plot.

Charlie Hunnam is playing an Australian bank robber who goes on the lam to India. That’s really all I need to know to give this one a chance. Looks like it has some pretty atmospheric location shooting, too.

In what appears to be a truly perfect marriage, Masterpiece is bringing us an adaptation of Anthony Horowitz’s Magpie Murders, a lovely meta-mystery about a novelist who dies with the whereabouts of his final book’s last chapter unknown, setting his editor off on a scramble to solve the real crime and piece together the whodunnit. Here’s hoping we see even more from this series on PBS. 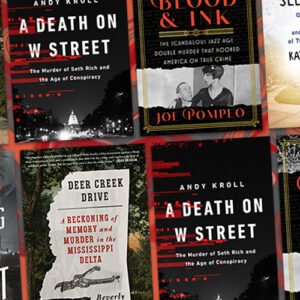