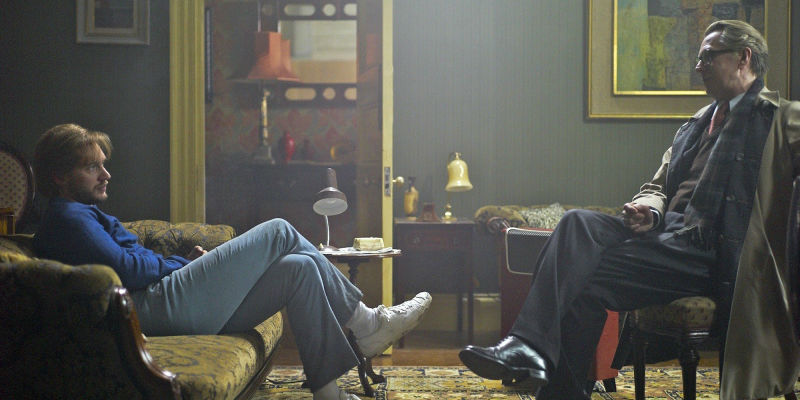 How Thrillers Deal with the Ultimate Home Invasion

In the espionage biz, a safe house is the operational equivalent of home. It’s the place to go when you need to spill a secret, meet a case officer, or come in from the cold. Off limits to the enemy.

Trust, or the lack of it, almost always figures into espionage fiction. Agents and their handlers are forever torn by competing urges to trust and to doubt. But the safe house? Well, that’s usually the one place where doubt is cast aside.

I’ll let Clark Baucom, an old hand from the CIA’s earliest days, and a supporting character in my book, sum it up, as he describes that feeing of sanctuary he always gets “when I arrive at a safe house in hostile territory, that moment when you lock the door behind you and realize you’re going to be fine. You stop and listen to the quiet, to the familiar little noises a place always makes. The hum of the refrigerator, maybe, or a car outside crossing a loose manhole cover. The drip of a downspout. Things you’ve noticed before, so that when you hear them again it’s a reassurance and all the tension drains right out of you.”

I suppose that for many readers the idea of a violated safe place brings to mind novels featuring home invasions, or seemingly impregnable fortresses under siege, or maybe even the breaching of some official refuge like the White House. But for me, the four outstanding books below make more powerful statements, because their violations are woven into their essence, not so much with a single defining event as with their themes, their atmosphere, and the behavior of their characters. The titles on this list are more about metaphorical homes, than specific homes; each book below explores the invasion of a seemingly safe space, and the psychological and physical consequences that follow. 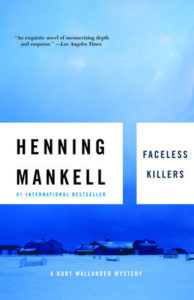 One could argue that all of Mankell’s Kurt Wallander detective novels belong on this list, because their crimes and attendant malaise are set against the supposedly tranquil and orderly backdrop of ultra-civilized Sweden. And this first Wallander novel established the tone for them all, opening with a wee hours attack upon an elderly farm couple in their silent home upon a barren and snowless winter plain, a place so seemingly safe that its greatest danger up to then had been anomie and routine, the desolation of boredom. To solve it we are guided by the restless Wallander, who can never seem to find his own place of safety within home, family or the office. 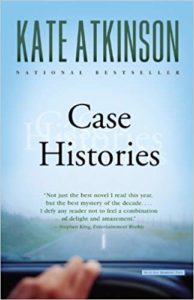 With her graceful prose, disarming wit, and piercing asides, Atkinson escorts us through an assortment of safe spaces which prove to be anything but—a child’s room, decorated with Humpty Dumpty wallpaper, is only the first one. At each stop she lulls us into complacence with the everyday grudges and gripes of families and workaday routines, only to then spring the mousetrap of brutal fate. Death, disappearance and mayhem haunt every scene of domesticity. Making it all bearable, even enjoyable, is the good-natured detective Jackson Brodie, the product of his own violated past who nonetheless soldiers on, as baffled by life as the rest of us, yet willing to keep breasting the waves as long as people keep asking him to. 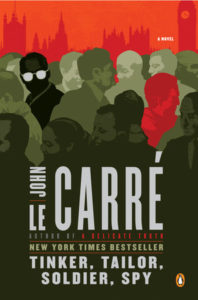 I would find work this novel onto almost any list of preferred books, if only because it’s the standard bearer for espionage fiction. But it belongs here because a safe house plays such a prominent role in the betrayals at its heart. A mole within British intelligence uses it —a British safe house, no less—for meetings with his Russian handler, mostly because he has convinced his London bosses that he is getting secrets instead of giving them away. But it also becomes the place of his  undoing after a twisty, shadowy journey that we spend in the company of the cerebral George Smiley, who, we eventually learn, had his own safest space violated by the traitor in a manner intended to blind him to the larger crimes in his secret world. 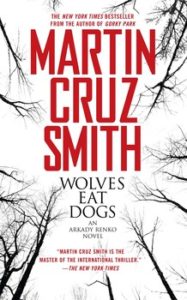 What could be safer from the rough-and-tumble of random violence than an irradiated “zone of exclusion” around the Chernobyl nuclear disaster? A tainted land, yes, but one supposedly no longer populated except by scientists with Geiger counters, flourishing wildlife, and a gnomish elderly couple that has sneaked back home to their woodland bungalow. Yet, here comes a thug on roller blades, a gangster with an automatic weapon, and a conspiracy of corruption to make your hairs stand on end. Even the wildlife—skulking wolves, catfish that grow to ungodly sizes—begins to seem sinister. Not safe at all, then, especially for brooding detective Arkady Renko, who is always only a step ahead of his own unsafe demons.

Dan Fesperman's travels as a journalist and novelist have taken him to thirty countries and three war zones. Lie in the Dark won the Crime Writers’ Association of Britain’s John Creasey Memorial Dagger Award for best first crime novel, The Small Boat of Great Sorrows won their Ian Fleming Steel Dagger Award for best thriller, and The Prisoner of Guantánamo won the Dashiell Hammett Award from the International Association of Crime Writers. He lives in Baltimore.
http://www.danfesperman.com

The Scariest Children
in Crime Fiction 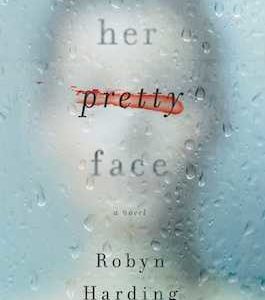 DJ THEN DJ’s sister had been missing for eleven days. Courtney had taken off after a fight with their parents, and hadn’t...
© LitHub
Back to top