The "death by misadventure" of the Rolling Stones founder brought the 60s to a close, and gave birth to a special kind of darkness.

This summer it’s exactly 50 years since the Rolling Stone Brian Jones died in his private swimming pool in Sussex. The place where he died is not far from where I live; a beautiful red-brick 16th century house nestling into the hillside down a narrow high-hedged lane.

The coroner declared it death by misadventure. Brian Jones had drowned “while under the influence of alcohol and drugs.”

It certainly looked like it. All the evidence says that’s so. The blues guitarist had been on a downward spiral for years. Drug abuse and alcoholism had left the golden boy of rock looking pasty and overweight. From being the charismatic founder of the Rolling Stones, he had been edged out by the increasingly tight relationship between Mick Jagger and Keith Richards—who had not only taken his place in the late 60s at the centre of the band, but had also taken his girlfriend Anita Pallenberg. Jones became the member the others talked about behind his back, mocked by them and finally unceremoniously kicked out. He retreated to his large country house, Cotchford Farm. It was a suitable place to hide from the world in. Cotchford was the former home of Winnie The Pooh author AA Milne. And it was there that Jones was discovered dead on July 3 1969.

But every year new people emerge to claim that the drowning was suspicious; they call for that verdict to be overturned. The latest is his daughter, Barbara Marion, who told Sky News in July this year, “I think he was murdered,” adding her name to the long list of people who believe the verdict was a systematic cover-up.

For a person who makes up murder stories; there’s a fascination with the details of how people think Brian Jones was killed. They range from the borderline plausible to the ridiculous.

The most convincing ones center around a builder, Frank Thorogood, who Jones had employed to work on the house; he was staying at the rock star’s house with his girlfriend Janet Lawson who was the one who discovered the body floating in the pool. Like so many who serve the rich and famous, they become hangers-on, start to fancy themselves as friends. Thorogood threw parties at Jones’s house, basked in the glow of the celebrity.

On the day of Jones’ death, Thorogood and Jones supposedly argued over money Thorogood believed he was due; there was rough-housing in the pool. Thorogood held Jones’ head under a little too long.

No matter that Jones’ body showed no signs of a struggle. That is dismissed as sloppy police work. The theory was bolstered when another cast member from the time, Tom Keylock, claimed that Thorogood made a convenient deathbed confession to him that he had indeed killed the pop star. ‘It was me that did Brian,’ he supposedly said. ‘I just finally snapped.’

So OK. That could have happened.

Keylock is a fascinating character; an ex-Arnhem paratroop veteran who makes a cameo appearance in Play With Fire, he was Bob Dylan’s driver on his 1966 tour of the UK and any 1969, he was a general fixer for the rock group and was called to the scene on the night of Jones’ death to try and keep the lid on the situation. His appetite for mischief and being at the centre of attention might make a cynic doubt his claim about Thorogood’s deathbed confession.

But for many, Keylock himself is on this list of supposed killers. The music writer Geoffrey Guiliano, who devoted years of his life to studying the conspiracy, believes that Keylock orchestrated an entire committee of people to Jones underwater (that way there would be less chance any sign of struggle), while Keylock stood on the side of the pool directing operations.

Keylock’s supposed involvement tends, for some, to throw suspicion onto the Stones themselves. Adding smoke to that fire, conspiracists pick on quotes by people like Anna Wohlin. At the time of Jones’ death, the 22-year-old Swede was his girlfriend and one of the guests at the house. She believes Thorogood killed Jones, but has also said that the Rolling Stones’ management “really know what happened.”

Which brings us to Their Satanic Majesties themselves. Tom Keylock, runs this increasingly melodramatic theory, was directed to kill the guitarist by one or more of the Stones. We’re well into unicorn land at this point.

There are several supposed motives:

My own favorite. The Rolling Stones’ increasing darkness at the time, and their album Their Satanic Majesties Request, encouraged a few to go full Rosemary’s Baby: Jones was killed as a ritual sacrifice. The evidence? Jones’ last photo session with the Rolling Stones became the cover for their album Through The Past Darkly (Big Hits Vol. 2), which came out in September 1969. Brian’s image is completely shattered in the back cover where the mirror cracks. He is also the right bottom of the five-pointed star configuration the band is laying in on the insert photo. QED.

He was killed because he was having a secret affair with Princess Margaret, who had been visiting Cotchford Farm. This meme resurfaced when Princess Diana was supposedly killed for having an affair with the undesirable playboy Dodi Fayed.

But this was 1969. It’s maybe no surprise that Jones’ death attracts so much darkness; why fans are unwilling to let it simply be the death of a beautiful young man who had grown bloated on drugs and alcohol; or of a man who was almost certainly suffering from clinical depression in an era which barely recognized his cries for help.

The sixties had all been about individualism, self-expression as a revolt against the conformity of the post-war years. Belief in conspiracy is a form of narcissism; it allows us to believe we are special because we discern patterns others are too square to see.

And if people wanted to see darkness where there was none, maybe it’s because this was the year when the hippie hopes of the decade also started to turn dark; for me that’s what made it such a great year tin which to set Play With Fire. The sad death of Brian Jones was only the start of it. It was a year in which California would be horrified by the murders of Sharon Tate and others by the Manson Family. A few months later the fatal stabbing of an African American music fan at the Rolling Stones concert would make Altamont famous.

For those who were obsessed with finding a meaning where maybe there is none, Jones’ death was perfect. A dark numerology seems to assert itself too; he was also the first member in the so-called 27 Club; rock stars who died at that age, to be followed the following year by Jimi Hendrix and Janis Joplin, and then in later times by Kurt Cobain, Amy Winehouse, and others.

The police reiterate, year after year, that the verdict of death by misadventure still stands. The case is closed. But for many, that will never be enough. 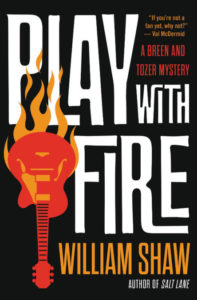 William Shaw is an award-winning music journalist and the author of several non-fiction books including Westsiders: Stories of the Boys in the Hood. Prior to becoming a crime writer, he worked at the post-punk magazine ZigZag and a journalist for The Observer, The New York Times, Wired, Arena, and The Face. He lives in Sussex, England. His latest novel is Play With Fire. 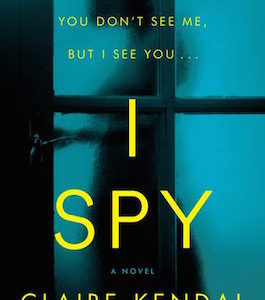 London, April 2013 The clear glass table meant that I had to work extra hard to stop my knee from jerking up and down....
© LitHub
Back to top