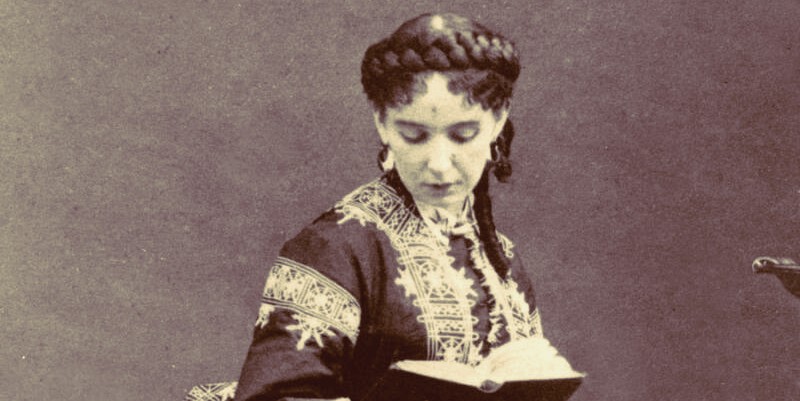 The women who shattered taboos and crossed social barriers in 19th century Europe.

Written on her death certificate of 1845, Harriette Dubouchet is described as a “woman of independent means.” Esther Guimond, traveling through Naples, was stopped for a routine examination of her passport. When asked her profession, she too said she was a woman of independent means. When the official looked puzzled, she declared, “Courtesan! Take care to remember it.”

The courtesan of the eighteenth and nineteenth centuries existed in the space created by the social discourse of the period. Society’s control of women’s sexuality meant that most women had their lives contained to a domestic, enclosed sector. However, the courtesan slipped the harness of this control and navigated the public sector. As Katie Hickman writes in Courtesans: Money, Sex and Fame in the Nineteenth Century: “Perhaps one of the definitions of a courtesan should be that she was a woman who dared to break the rules. The rules of sexual morality gave way first, but in their wake fell other, perhaps more far-reaching barriers: of class, society and female propriety.”

The French categorized the types of sex workers to be found during the period. On the bottom rung was the grisette—a young woman who worked in a shop or in the millinery trade. The grisette might supplement her meagre wage with gifts from a lover. The next tier consisted of the lorette whose income was made up exclusively from sex work, and she might have several clients. The courtesan was positioned at the very pinnacle of this social structure and, through good management and luck, she had the capacity to become this “woman of independent means.”

In The Courtesan’s Revenge, Frances Wilson explains that “prostitution was a trap into which women fell, whereas a courtesan could expect to have a career including perks, promotions, pay rises and a certain amount of job security.” For women of the lower classes there were not many options that were not the exclusive preserve of men and that in becoming courtesans, these women were able to live in a style they would not otherwise have known, and experience an independence otherwise not available to women of their background. In particular, Wilson investigates the history and background of the courtesan through a focus on the Dubouchet (Wilson) sisters—Harriette, Amy and Fanny—who were daughters of a London shopkeeper in Regency times. Harriette’s memoir, which is still in print, describes her relationships with powerful men such as the Duke of Argyll and the Duke of Wellington. Their youngest sister, Sophia, perhaps through her older sisters’ connections, married into the aristocracy. Another courtesan who managed to shift her station in life was Laura Bell, born in Ireland in 1829. After working in a Dublin shop and dabbling in sex work, Bell moved to London and is famous for having the Nepalese Prime Minister, Jung Bahadur Rana, spend £250,000 on her in a mere ninety days. In later years, during the Indian Mutiny, it is said that Bell wrote to Rana at the British government’s behest, requesting him to send troops to assist the British, to which Rana complied. Bell eventually married respectably, found religion and lived a fulfilling, long life.

One of the more famous French courtesans of the 19th century was La Paiva, born Esther Lachmann, a weaver’s daughter, in Russia. After a short marriage, and a longer relationship with a musician, she travelled to Paris and rose through the ranks of Parisian demimonde society, discarding those she ruined along the way. Eventually she married Count Henckel von Donnersmark to become a woman of fabulous wealth. During the 1850s she built the ostentatious Hôtel de la Païva, on the Champs-Elysee, which is now The Travelers Club. When in Paris myself a few years ago, I loitered outside its restaurant, hoping to catch a glimpse of the legendary onyx bath and staircase. It is said that when La Paiva died, her adoring husband had her body embalmed, which he kept in a private room.

The courtesan was positioned at the very pinnacle of this social structure and, through good management and luck, she had the capacity to become this “woman of independent means.”

Another famous French courtesan was Marie Duplessis (1824-1847), who originally moved to Paris to work in a dress shop. By her late teens, Duplessis was a well sought-after courtesan, who learnt to read and write and was hostess to politicians and artists. The character of Marguerite Gautier in Camille: The Lady of the Camellias by Alexandre Dumas fils, and later, Violetta Valéry in the opera La Traviata, are based upon Duplessis. Duplessis was adept at prevarication, possibly in order to keep pace with a racy lifestyle and so many suitors, and once declared “lying keeps the teeth white.”

In her book Grandes Horizontales, Virginia Rounding writes of Cora Pearl (born Eliza Crouch in England, in 1836) who was also a renowned courtesan in Paris during the 1800s. As an adventurous fourteen-year-old in Plymouth, Crouch met an older man who plied her with alcohol, and when she later woke, she realized she was no longer a virgin. Cora Pearl was known to be rather cruel with her suitors, and she later wrote in her memoir, The Erotic Reminiscences of a Flamboyant 19th Century Courtesan, that she would never pardon men, neither her attacker or others who were not responsible for this act. After some time in Covent Garden, Crouch visited Paris with her English lover (who she had refused to wed) and, enjoying herself so much, she decided to stay, which is when she reinvented herself as Cora Pearl. Famed for her appearance and wit, she was also known for such audaciousness as arranging a banquet for gentlemen only and serving herself up on a silver platter with only a garnish of parsley.

My own character, Heloise Chancey, is based upon the British courtesan, Catherine Walters (1839-1920), who was popularly known as “Skittles.” Born in Liverpool to a working-class family, Walters moved to London and her lovers included the future Duke of Devonshire, the Prince of Wales (later King Edward VII) and Achille Fould, the Minister of Finance in France, who encouraged her to read and have an interest in the arts, pursuits to which she would not have gained exposure had she not become a courtesan. She was known to take a suite at Brown’s Hotel in London, and lived on South Street, in prestigious Mayfair. Even today, an English Heritage blue plaque can be found outside her home, declaring that “Catherine Walters (Skittles), The last Victorian Courtesan, lived here from 1872 until 1920.”

Walters was the equivalent of a celebrity and, for a time, Hyde Park was choked with fashionable carriages and spectators in chairs placed along the side of the road, all watching for Anonyma, popularly understood to be Walters. As reported in a letter to The Times, July 1862:

“At last their patience is rewarded. Anonyma and her ponies appear, and they are satisfied. She threads her way dexterously, with an unconscious air, through the throng, commented upon by the hundreds who admire and the hundreds who envy her. She pulls up her ponies to speak to an acquaintance, and her carriage is instantly surrounded by a multitude; she turns and drives back again towards Aspley House, and then away into the unknown world, nobody knows whither.”

This level of fame, independence and sexual empowerment attained by courtesans such as Catherine Walters and La Paiva was not necessarily celebrated during the period, however. In fiction, the character of courtesan or prostitute usually lost her life by the end of the story, such as in Camille by Dumas fils or Nana by Emile Zola. The courtesan almost always came to a consumptive, ignoble end. Of course, although this was often the case (as it was for a lot of people), many courtesans led long, prosperous lives, and we must remember that these sort of accounts from the period were written to befit the moral and social expectations of the time. In fact, courtesans were fascinating women who managed to flourish within the constrictive social context of their time. 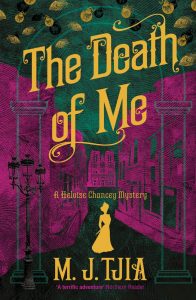 M. J. Tjia is the author of She Be Damned and A Necessary Murder. Her latest novel is The Death of Me: A Heloise Chancey Mystery. 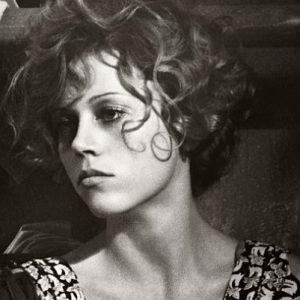 They say everybody loves a happy ending, but as is usually the case, they are full of it. Noir is an existentially and essentially...
© LitHub
Back to top