The Crime Fiction of Athens

Crime and the City Visits the Turbulent Greek Capital

Greece has seen enough turmoil in recent years that it doesn’t need invented crime waves to further trouble its capital city. The gentle Greek worlds of The Durrells (the hit cozy British TV comedy drama based on Gerald Durrell’s trilogy of books about his family’s sojourn on Corfu in the 1930s), and the Greek-set best selling novels of Victoria Hislop, no doubt suit the country better than serial killers and noirs. But then this is the Crime and the City column so we must try.

Athens-based Petros Markaris is probably the best place to start any literary criminal investigation of Athens. His Inspector Costas Haritos is a Greek addition to the long list of unhealthy, morose, middle-aged homicide detectives—think Rebus or Wallander with olives and better weather. This is not Durrells-like soft focus Greece or the tourist board’s adverts. Haritos watches a lot of TV, he is petty permanently grumpy, in his mid-fifties, loves his wife, and isn’t going anywhere career-wise in the Athens Criminal Investigation Department. The first Haritos—Late-Night News (2005, and also known in some editions as Deadline in Athens)—deals with a murdered Albanian couple that looks open and shut until Yanna, a TV journalist investigating the same case, is murdered too. Haritos moves from murder to investigating corruption in the Greek media and the shadowy underworld of international child trafficking. Zone Defence (2011) features unidentified bodies being revealed during earthquakes, dodgy soccer teams, and Athenian organized crime. There are seven novels and one collection of short stories featuring Inspector Costas Haritos in Greek—fans await the translation of more of them into English.

Athenian Sergio Gakas’s Ashes (2011) is a decidedly more noir Greek novel. When Sonia Verika, a former actress who takes solace in alcohol and isolation, is pulled from a fire, her body is burned almost beyond recognition, but she is alive. The house she shared with a retired director and a small family of African refugees is entirely destroyed, and she is the only survivor. The case is assigned to Police Inspector Chronis Halkidis who finds his investigation being thwarted from within the Athens police bureaucracy. It doesn’t help that his ex-lover Simeon Piertzovanis is landlord of the gutted building.

Pol Koutsakis’s relatively new Strato Gazis series is set right in the middle of the Greek financial crisis. Strato, who like to think of himself as a PI and just hates being reminded of his hitman past, is now being hired by various figures in Athenian high society and celebrity circles to deal with their rivals as Greece turns in on itself and the financial crisis worsens. Athenian Blues (2017) is the first Strato book, followed by Baby Blue (2018), which takes Strato once again into the heart of Athens’s violent underworld.

Paul Johnston has popped up before in Crime and the City, stalking the back streets of Edinburgh in fact with his Quint Dalrymple mysteries. But Johnston, presumably when he feels the need of some sunlight, also writes the Alexander Mavros private investigator series. Mavros is a half-Scottish, half-Greek private eye living in Athens. What started out as a trilogy has just continued going and is now at seven books. The series starts with Deeper Shade of Blue (2002) with arch-Athenian Mavros heading to the outlying islands. Mysterious Greek terrorist groups appear in The Last Red Death (2008) and Russian immigrants in Athens start getting killed in The Golden Silence (2004). Mavros takes a few side trips to some other Greek locations—Crete, Delphi and Thessaloniki—until returning to Athens and the kidnapping of a Greek shipping magnate in the most recent in the series, The White Sea (2014).

And finally, the highly respected Greek crime novelist Yannis Tsirimokos who wrote under the penname Yannis Maris. Tsirimokos was a left-wing journalist in Athens who, from the early 1950s, wrote short stories and novels. At the time he was viewed largely as a pulp writer of throwaway tales though, over time, has come to be appreciated as the Godfather of Greek crime writing. Many of the novels feature Inspector Bekas, who later became the lead character in a hit TV show in Greece. But here’s the problem—Tsirimokos/Maris is really, really hard to find in English. At the time of writing this column I could only find two Tsirimokos/Maris novels in English translation—Murder on Mykonos, written in the late 1950s, and Dangerous Spring, written in the 1960s, and both republished in 2017 in English by Greece’s ETP Books. They’re seriously good though.

The current Godfather of Greek crime writing Petros Markaris has written that, “Maris is the patriarch of Greek crime fiction. If his extraordinary stories did not have the luck they deserved, it was because of historical circumstances. Maris wrote at the wrong time and in the wrong place, in a country that considered crime novel series a B genre. Yet no other writer of the time was able to describe with equal vigor Athenian high society after the war and the undergrowth of informers who became rich during the occupation and civil strife. If he had written, say, in French, now he would be famous around the world.”

Murder on Mykonos shows the Aegean island in the mid-1950s as cosmopolitan and a holiday destination to the post-war European jet-set. Dangerous Spring is set in Athens, in 1965. Again we are among Greece’s wealthy and privileged elite and we are introduced to Inspector Georgios Bekas embarking on his first adventure. Sadly, that is all we have of Tsirimokos/Maris in English.

This tantalizing glimpse of post-war Greece, its wealth and elites, contrasts with the Greece of the ongoing 2010 financial crisis, whose ramifications are still being felt throughout the county’s society. Much of today’s problems that feature in so much contemporary Greek crime writing can be traced back to the fiscally louche and legally light post-war period. Greek crime writers will certainly not be short of material working out the criminals of twenty-first century Athens anytime soon. 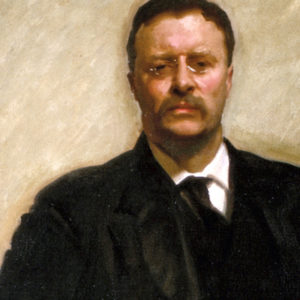 On Sunday, April 18, 1915, several hundred men and women gathered in a light rain to await the arrival of the Southwestern...
© LitHub
Back to top