A new generation of New Zealand authors is continuing a tradition of mystery.

I don’t want to start a literary fight by suggesting that Australian crime fiction has recently rather overshadowed that of its neighbor New Zealand. But perhaps New Zealand has been unfairly overlooked of late. Not that New Zealand itself doesn’t get a lot of good press and its cities regularly ride high in all those ‘most liveable’ indexes. But its crime writing has been paid little attention.

Though not by fans of the Golden Age of course who will proudly show you their collections of Ngaio Marsh novels. Edith Ngaio Marsh sits right up there in the pantheon of Golden Age novelists alongside Agatha Christie, Margery Allingham, and Dorothy L. Sayers. Marsh was born in Christchurch in 1895 and, if you’re wondering, “Ngaio” is a Maori word for both a type of insect and a flowering tree. Marsh, who studied art at Canterbury College in Christchurch, began to split her time between London and New Zealand in the 1920s, but always returned home to Christchurch and eventually died there in 1982. Joanne Drayton’s biography, Ngaio Marsh: Her Life in Crime (2008) is a good study of Marsh’s rather unconventional life, her inspirations, and her relationship to New Zealand.

Marsh published 32 novels all featuring British Criminal Investigation Department (CID) Detective Roderick Alleyn. The books often feature murders linked to art galleries and theatres, two of Marsh’s great loves and most of the books are set in London. However, of the 32 books four are set in New Zealand. In Colour Scheme (1943) Alleyn finds himself on a wartime quest for German agents operating on New Zealand’s North Island. A German spy has now turned up dead. But who killed him—the British he hated, the local Maoris he insulted, the New Zealanders he despised? Died in the Wool (1945) is a classic English country house murder transplanted to a sheep station on South Island. In 1942 Flossie Rubrick, Member of Parliament, and one of the most formidable women in New Zealand, goes to her husband’s wool shed to rehearse a patriotic speech she is to deliver—and then disappears. Three weeks later she turns up in a bale of sheep wool…dead. In Vintage Murder (1937) Alleyn is on holiday in New Zealand and ends up investigating a suspicious death among the cast of a touring theatrical troupe, while in Photo Finish (1980) Alleyn’s vacation is again disturbed by the murder of a famous soprano on a world tour and staying among a small group of people confined to an island in the middle of a New Zealand lake. Photo Finish was one of Marsh’s last novels, and many believe one of her best.

But of course there’s a lot more to New Zealand crime writing than just Ngaio Marsh. Vanda Symon has been hailed as New Zealand’s new “Queen of Crime”—a title of course long held by Ngaio Marsh. Symon has created the Sam Shephard series, whom we first encounter as a very junior female police constable in Mataura, in the Southland region of New Zealand’s South Island. Junior, but with a lot of responsibility. In Overkill (2018) a small rural community is rocked by a tragic suicide when the body of a young mother is found washed up on the banks of the Mataura River. In the second book, The Ringmaster (2019) Shephard is on the bottom rung of detective training in Dunedin (the South Island’s second largest city after Christchurch), and her boss makes sure she knows it. A murder in the city’s famous botanic gardens tests her newly acquired detection skills. Sam returns in a third book, Containment (2020), still based in Dunedin, but called to the sleepy village of Aramoana on the New Zealand coast where a series of shipping containers have washed up on the beach and looting begins. In amongst the ransacked containers Sam finds a dead body. Still inexperienced she is nevertheless the first officer on the scene and so the case is hers.

Another New Zealand set trilogy features author Katherine Hayton’s Ngaire Blakes, a Maori detective. In The Three Death of Magdalene Lynton (2016) a man confesses to a 40-year-old murder in small rural farming community. Detective Ngaire Blakes finds that his version of events doesn’t fit the evidence so why is he is so keen to confess? In The Second Stage of Grief (2016) a killer is out to get Ngaire Blakes, while in the final book, The Only Secret Left to Keep (2017), Ngaire is back on the case when a skeletonized murder victim is discovered—a crime the pathologists say took place during the Springbok South African rugby team’s controversial tours of New Zealand in 1981.

And a few other New Zealand crime novels:

And, as ever, a final special recommendation. Jonothan Cullinane worked in the film and TV industry in New Zealand for 25 years before producing his first novel, Red Herring (2017) set in 1950s Auckland at the time of the waterfront strike. And what a novel—murder, bent cops, corrupt politicians, rival union politics, dark political agendas and worldwide anti-communist hysteria all told through the eyes of Johnny Molloy, a private detective and Caitlin O’Carolan, a young journalist. Many real life figures from New Zealand’s post World War Two political scene crop up in this underbelly-style retelling of NZ’s own Cold War.

There’s no doubt there’s plenty of crime writing coming out of New Zealand. Much of it, as with the country’s antipodean neighbor Australia, centers around the tight knit remote rural communities and their hidden secrets. As I said at the start it’s Australian writing that often grabs more attention but don’t let that stop you digging into New Zealand’s crime landscape too. 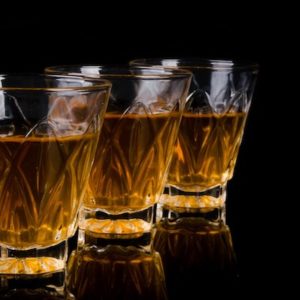 Domestic suspense novels do not have to be full of blood and dead bodies (although they can be). I think the most successful...
© LitHub
Back to top