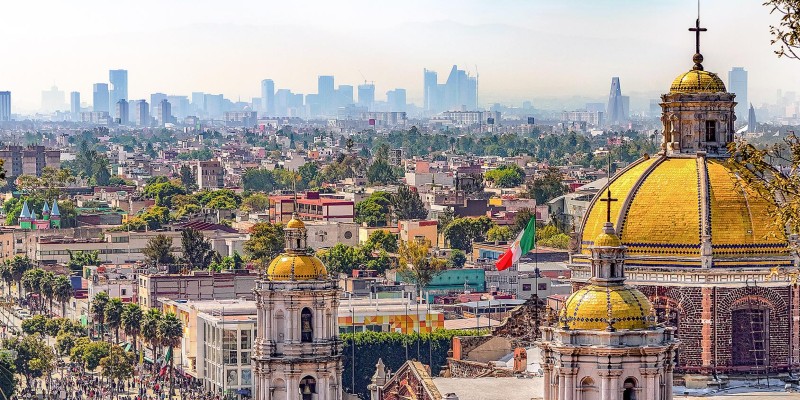 The Crime Novels of Mexico City

A sprawling city with a rich tradition in mystery and crime fiction.

Mexico City—a capital city, a massive city of nine million people sprawling across a giant valley in central Mexico. Also, a rough city, with a high level of violent crime—drugs, kidnapping and petty crime—that makes it a tough city to live in. And a city that’s featured in plenty of crime novels too.

The great Canadian-American post-war crime writer Margaret Millar starts her 1959 noir The Listening Walls in Mexico City. Two women are traveling together. One mysteriously falls to her death from a balcony in a Mexico City hotel. The other returns to San Francisco and then disappears. Another woman decided to take a holiday to Mexico City, to get away from all her troubles in California, but it looks like they followed her to Mexico. Prior to The Listening Walls Millar had already published her widely acclaimed noirs Vanish in an Instant (1952) and Edgar-award winning Beast in View (1955). The opening pages of The Listening Walls in Mexico City declare Millar now an accomplished writer who has found her stride. The Listening Walls put Millar on a par with the two other great women crime writers of post-war America, Patricia Highsmith and Dorothy B. Hughes, though Millar is only now perhaps enjoying renewed acclaim thanks to being re-published and re-promoted by Soho Press in the USA and Pushkin Vertigo in the UK.

Talking of Pushkin Vertigo we have that publisher to thank for rediscovering Mexico City-born Rafael Bernal’s The Mongolian Conspiracy (1969), a cult noir set in Mexico City. It’s a wild ride of a novel—Filiberto García is in over his head. García is a true anti-hero—an aging ex-hitman with a filthy mouth, pretty xenophobic, interested largely in money, he has three days to stop a rumored Mongolian plot to assassinate the President of the United States on his visit to Mexico. The FBI, the KGB and (admittedly somewhat bizarrely) the Mongolians are all racing around town. Bernal was a Mexican diplomat who had a side line in crime writing and was also a specialist on Mexican-Philippines cultural ties. Quite the renaissance man. He wrote dozens of crime novels though, to be fair, The Mongolian Conspiracy is really the only one that stands out, being a kind of Chandleresque take on the Mexican capital featuring a private eye. It also happens to be pretty much the only novel of Bernal’s translated into English.

Translation is an issue when it comes to Mexican crime writing. Few of the early greats of the genre in Mexico—Joaquín Martinez de la Vega, Antonio Helu, Adolfo Bustamente, Enrique Gual (who, as well as creating his own fictional detectives, also translated Sherlock Holmes for Mexican readers)—were translated into English. Most surprisingly of all, the writer dubbed ‘the Agatha Christie of Mexico’, María Elvira Bermúdez remains unpublished in English. Bermúdez started writing in the 1940s and always had a slightly North American feel (rather than country house murders). However, if Christie had Miss Marple then Bermúdez had Elena Morán, a Mexico City housewife fond of mystery novels, married to a federal congressman, and with a penchant for solving crimes. Bermudez wrote from her home in the historic Roma colony of Mexico City.

We do have a lot of the author and essayist Carlos Fuentes’s work in English, including his mystery novel The Hydra Head (1980). A minor Mexican bureaucrat unintentionally becomes involved in the assassination of the country’s President. Another major literary figure in Mexico is Paco Ignacio Taibo II, a novelist and political activist based in Mexico City, (his family came to Mexico when the author was nine years old to escape Franco’s fascist regime in Spain). The Shadow of the Shadow (2006) features four men who meet to play dominos in a hotel bar in Mexico City in 1922. They are a motley group, a gun-toting poet who makes a living writing advertisements for patent medicine, a radical Chinese-Mexican union organizer, a lawyer who represents prostitutes, and a newspaper crime reporter who churns out pages of copy “like links of sausage in a chorizo factory.” Left to their own devices, the group would have waited out Carranza’s presidency in their own quietly sotted fashion, ignoring the betrayal of the Mexican Revolution. But they witness a series of strangely related murders and begin to suspect a conspiracy involving the oil-rich lands of the Gulf Coast, greedy army officers, and American industrialists.

Paco Ignacio Taibo II also created Hector Belascoaran Shayne, one of the best-known detectives in the Spanish reading world—an alcoholic, police-hating, despiser of government corruption. However, the series and really anything by Taibo II is hard to find—looking through used bookshops may turn up copies of Leonard’s Bicycle (1995) or Return to the Same City (2010), but the author, despite having a massive fan base in Mexico, Spain and other Spanish-speaking countries, has never really had a major marketing push in the English speaking world.

Widening out from Mexico City we have a few more options—Lawrence Osborne’s authorized Philip Marlowe novel, Only to Sleep (2018), sees the LA sleuth in retirement in the 1980s and down in Mexico at the La Fonda Hotel and Bar drinking margaritas. Meanwhile Don Winslow’s Cartel trilogy is set along the US-Mexican Border—The Power of the Dog (2005), The Cartel (2015) and The Border (2019). There’s also Smith Henderson and Jon Marc Smith’s Make Them Cry (2020) with a former prosecutor turned DEA agent paired with a disillusioned CIA agent to smash the cartels. Great contemporary crime writing but not Mexico City, I admit. 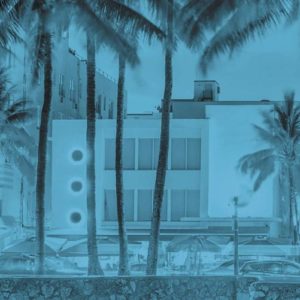 Another week, another batch of books for your TBR pile. Happy reading, folks. * Halley Sutton, The Lady Upstairs (Putnam) “[A]...
© LitHub
Back to top