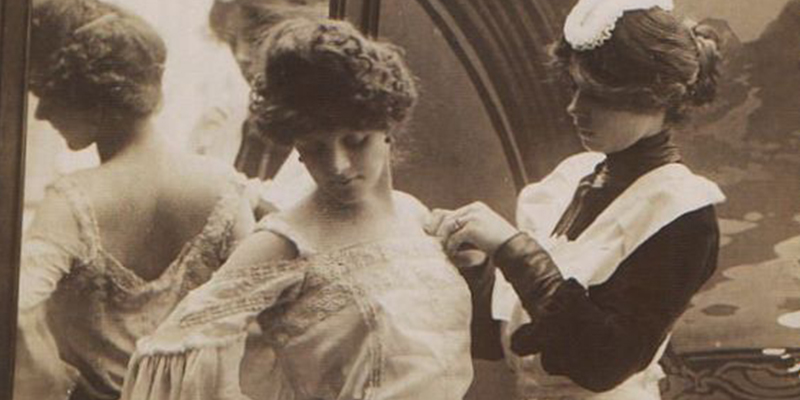 There's no better sleuth for an interwar novel than a housekeeper.

My new book, Murder at Mallowan Hall, is a mystery set in the (fictional) home of Agatha Christie. The housekeeper at Mallowan Hall, Phyllida Bright, discovers a dead body in the library during a house party hosted by Agatha Christie and her husband Max Mallowan. When the authorities seem far too bumbling and slow to solve the crime—and, just as importantly, chase away the journalists and photographers camped out on the premises—Phyllida takes on the task of exercising her own “little gray cells” to unmask the killer.

Having the protagonist of the mystery series being a housekeeper—that is, being from the downstairs world—made it both a challenge for me, and a refreshing change to write from the perspective of someone who was actually holding down a job unrelated to crime investigation while doing some amateur sleuthing. Additionally, since so many so-called Golden Age mysteries—set in the 1920s and 1930s, and even earlier—rely on the upper class for both main characters as well as suspects, I felt as if I were approaching the story from an unusual perspective.

When I started researching for Mallowan Hall, I dove in to a lot of different memoirs written by housemaids and cooks during the Edwardian period. The memoirs were instrumental in my understanding of the day-to-day challenges of being a servant in a large home during the decades between the World Wars. It also gave me the opportunity to really think about each of the staff members who will appear in the books as the series goes on—hopefully making them as human and interesting as the staff of Downton Abbey.

For Phyllida, my protagonist and sleuth, I made specific decisions about her character. While she didn’t “come up” (meaning, grew up or worked her way up) in service—which is something rather unusual for someone who takes on the coveted role of housekeeper—Phyllida has skills and strengths that make her not only an excellent household manager, but also a clever sleuth. The reasons she’s taken on the position of housekeeper are not divulged in the book, and are clearly secret from the other members of the staff, including Mr. Dobble, the butler. This is a point of contention for him, for as the butler and the highest-ranking servant, he feels as if he should know everything about every member of the staff.

But the housekeeper ranks just below the butler in the servant hierarchy, and my fictional creation Phyllida is a long-time friend of Agatha Christie’s, having befriended her during their work at a hospital during the war (Agatha Christie’s work at a hospital dispensary is not only well-documented, but also a source for her expertise on poisons). Thus, Phyllida’s position is secure due not only to her connection to her employer, but also because she is quite simply exceptional at what she does. That is part of what makes her an excellent sleuth as well as a manager liked and respected, as well as feared, by her staff.

When I began my research, I knew that housekeepers of large estates had to be organized and efficient because they manage not only the staff of kitchen servants and maids, but also the expenses related to the household and vendor relationships (including negotiations). A housekeeper is a lot like the Director of Operations in a corporation: doing little of the actual manual labor but managing all of it, as well as the budget and inventory. But I didn’t realize that a good housekeeper has a surprising amount of time on her hands. That was a bonus, in my opinion, because an amateur detective has to have the opportunity to investigate and follow up on clues. It would be far less believable for a chambermaid or a parlormaid (and what is the difference? Read on; I’ll tell you!) to take on the role of sleuth than for a housekeeper at a large Downton Abbey type of estate.

The housekeeper as well as the butler is served her meals in a private dining room by the lower servants. She might rise an hour or more later than her staff members, and while the maids all share attic rooms, she has her own apartment on the ground floor: usually a small sitting room or office and an adjoining bedchamber. While still being employed as a servant, clearly the position of housekeeper allows Phyllida more time and flexibility to do other things like hunt down a killer. Aside from that, as housekeeper, it’s perfectly within the realm of her position to enter the bedrooms of guests who are staying at Mallowan Hall (ostensibly to ensure that the chambermaids have done their job) in search of clues. The housekeeper also usually serves tea to the master and mistress of the estate as well as any guests they might have, which affords Phyllida the opportunity to overhear conversations between the guests (ie, suspects) and note unusual activity. Since neither Max Mallowan nor Agatha Christie were of the gentry, there isn’t such a severe separation of class between them, which also affords Phyllida a bit more entrée into the upstairs world at Mallowan Hall.

In short, the idea of a Mrs. Hughes-type housekeeper in the form of Phyllida Bright works as an amateur sleuth both practically and in relation to her skills and abilities. We’ve seen that same sort of ability in Barbara Neely’s Blanche White: a housekeeper knows all and sees all.

But beyond the interesting things I learned about housekeepers of large estates are some other details I garnered from my research.

Butlers, for example, dressed in very fine clothing—oftentimes castoffs from their masters. A butler was most often the first person one encountered when visiting a large home, and it was incumbent upon him to represent his household well. However, although the butler was always dressed like the gentleman he served, there was a convention that something about his attire must not be quite right. Either a slightly out of date cravat or a coat that was a trifle too short in the sleeve—or too long—or shoes that were the wrong style. There must be something about the butler’s appearance that differentiated him from the upperclass man he served so that no one should mistake the butler (heaven forfend!) for the lord of the house, or even any member of the gentry.

The chambermaids and parlormaids were chosen not only based on their work ethic and experience, but also could be selected based on their appearance. Chambermaids were relegated to working in the upper floors; that is, the bedchambers, where they were less likely to be seen by visitors. On the other hand, parlormaids worked on the main floors and public areas, such as the sitting rooms, parlors, music rooms, etc. Often a more attractive or presentable young woman would be hired as a parlormaid because it was possible she might actually be seen by someone! There were times when a parlormaid might actually answer the door or need to assist in serving tea, and the household preferred more efficient and capable maids for those roles.

Since a large household might have ten or more staff (although by the time we get to the 1930s, such large staffs were becoming more difficult to maintain since there were so many other workforce options for women), and a number of maids, it was often difficult for the master and mistress of the household to remember the names of each of the servants. Thus, in many households, each position was given a name. For example, the first footman might always be Bob, regardless of what his real name was. Or the first parlormaid was always Sally. This dehumanizing habit in some households really caught my attention, and I couldn’t help but include that information in Murder at Mallowan Hall during a scene when Phyllida has to hire a new kitchen maid.

Speaking of kitchen maids…it was very unusual for one of them to actually venture abovestairs to the ground floors or upper floors (except to use the servants’ stairs  to get to their attic bedrooms). The maids assigned to the scullery and the kitchen had no reason to go about the main floors of the home, which means they likely wouldn’t know their way around the house in a large residence like my fictional Mallowan Hall. I used this bit of information in my book as well.

I found it very enjoyable to be writing a mystery from the perspective of both Phyllida and some of the other downstairs staff, and I look forward to continuing the series and developing not only future murder investigations, but also the personalities, characteristics, and diversity of Phyllida’s staff members. 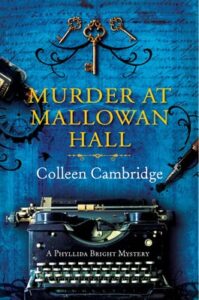 Colleen Cambridge is a pseudonym for a New York Times and USA Today bestselling author whose books have been translated into more than eight languages. She lives in the Midwest and is hard at work on her next novel. Visit her at ColleenCambridge.com. 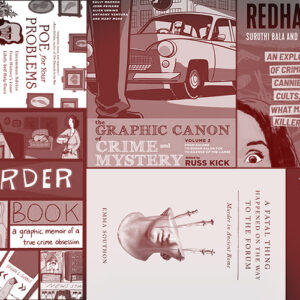 Looking for the perfect present for your crime-obsessed loved one? Well, look no further, for I have a host of gift books...
© LitHub
Back to top