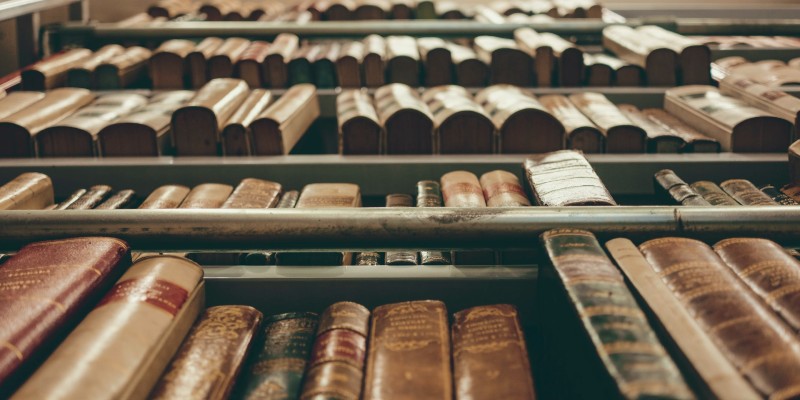 The Enduring Appeal of Sherlock Holmes

How author Vicki Delany fills her fictional bookshop with all things 221B Baker Street.

What is it about Sherlock Holmes that has captured the popular imagination arguably more than any other figure in fiction? Is it his incredible intellect that has us all enthralled? Is it the gaslit streets, the long dresses, frock coats and top hats? Maybe it’s the sometimes-stiff, formal language. Is it Dr. John Watson himself, ever confused but always loyal, or the simple friendship between two such different men?

Regardless of the reason, there’s no doubting the continuing popularity of the Great Detective.

When I first had the idea of setting a cozy mystery series in a store dedicated to all things Sherlock Holmes, I wondered if it might be a stretch trying to stock such an establishment. After all, it sounds like a very specialized niche, and there aren’t that many books. Are there?

A bit of research quickly showed me that such a thing would be not only possible, but easy to pull together.

And thus, the Sherlock Holmes Bookshop and Emporium, located at 222 Baker Street, West London, Massachusetts, was born and I set about stocking my virtual store.

Aside from the original Holmes books by Sir Arthur Conan Doyle, there’s a plethora of pastiche novels and short story collections, either continuing the adventures of Holmes and Watson, or reimagining other characters in their image. Modern interpretations are no longer limited to the gaslit, fogbound streets of the greatest city in the world, the ‘smiling and beautiful countryside’ or the ‘lowest and vilest alleys in London’ but are set in just about any time or place imaginable.

The protagonist in my Sherlock Holmes Bookshop series, Gemma Doyle, is herself a recreation of Sherlock. I had great fun reimagining Sherlock Holmes as a modern young woman, with the ever confused but always loyal Jayne Wilson at her side.

Every item mentioned in the books that is for sale or from the Emporium exists in the real world. (Except for the obvious exception of a visiting author who drops dead at the signing table in the second book in the series, Body on Baker Street!)

Sir Arthur Conan Doyle is best known for the detective he created, but he wrote many other books, and there are numerous biographies of him and his contemporaries, plus non-fiction works to do with the Canon and their offshoots. And then there are the stage plays, TV shows and movies, virtually countless, of which some of the best-known star actors ranging from Basil Rathbone to Jeremy Brett to Benedict Cumberbatch. There are many books on the making of those productions.

For the Emporium part of my fictional store, I stock games, puzzles, mugs, decorative plates, dolls, finger puppets, socks, T-Shirts, calendars, cardboard cut-outs of the actors. The choices are endless.

But Gemma’s store is primarily a bookstore and here are some of the most popular titles found there. Aside, of course, from the original Canon.

For nonfiction lovers, From Holmes to Sherlock by Mattias Bostrom is a masterful and comprehensive look at the entirely of the phenomena from its creation by Doyle, to the many modern interpretations.

One of the most popular pastiche series, if not THE most popular, is the Mary Russell/Sherlock Holmes books by Laurie R. King. The first book, The Beekeeper’s Apprentice, introduces 14 year old orphan Mary Russell to us and to Sherlock. He soon realizes he’s met someone who thinks exactly as he does, and he takes her under his wing. Time passes, the characters age and grow, and their relationship changes. Castle Shade, the 17th book in the series, takes Russell and Holmes (as they continue to address each other) to a castle in Romania, supposedly the haunt of vampires.

To Sherlock Holmes she was always The Woman. What happened to her, we wonder, after Irene Adler married Geoffrey Norton in a ceremony witnessed by Holmes in disguise? Find out in the four book series by the Late Carol Nelson Douglas. The first is titled Good Night, Mr. Holmes, derived from Adler’s parting words to Holmes after she has outwitted him.

Lyndsay Faye takes Holmes and Watson themselves to new territory while faithfully keeping to the setting and style of the originals, in her hugely popular book Dust and Shadow as well as the short story collections, The Whole Art of Detection and Observations by Gaslight. Her handling of the characters and the storylines is one of the most faithful to the originals out there.

Attached to the Sherlock Holmes Bookshop and Emporium, at 220 Baker Street, is Mrs. Hudson’s Tea Room run by Jayne Wilson. A book Jayne loves is Memoirs from Mrs. Hudson’s Kitchen by Wendy Heyman-Marshaw. In this book we learn a great deal more about Mrs. Hudson herself, as she reflects on not only her lodgers at 221B Baker Street, but Victorian times in general. The book includes recipes she would have prepared for Mr. Holmes and Dr. Watson, or that they might have dined out upon.

Sherlock Holmes and Dr. John Watson are more than just fictional characters, they’re faithful representations of their times and attitudes (or those of their creator). Villains, Victims, and Violets: Agency and Feminism in the Original Sherlock Holmes Canon by Resa Haile and Tamara R. Bower is a series of essays providing a feminist analysis of the stories in the Canon from the members of the Studious Scarlets Society. I have an essay in the book which focuses mainly on the situation of the Stoner sisters in “The Speckled Band” my personal favourite of all the stories. The word “Violet” in the title refers to the most commonly appearing female name in the Sherlock Holmes Canon.

Whether in bookstores, at the movie theater, in front of the TV or gathered around the puzzle table, the game is indeed afoot. And may it always be so. 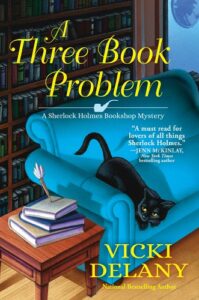 5 Mysteries That Will Keep You Cozy During Winter 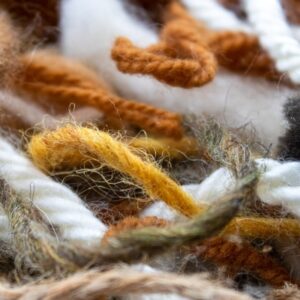 5 Mysteries That Will Keep You Cozy During Winter

The holidays are over and now the real drudge of winter is upon us. At least for those of us living in the northern climates....
© LitHub
Back to top