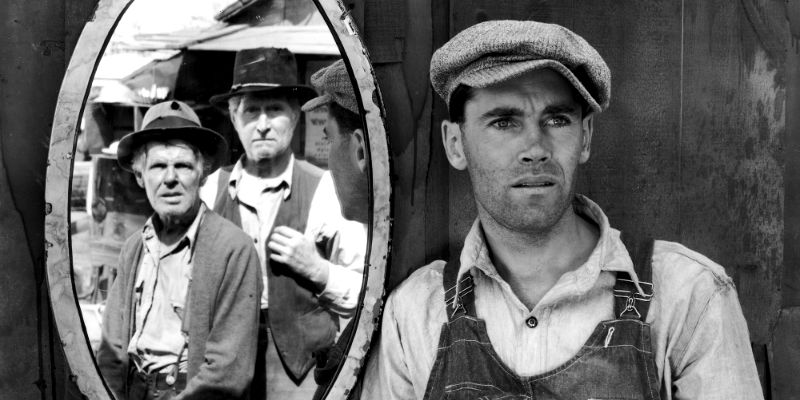 The Enduring Lessons of Apocalyptic Fiction

When we think of the word “apocalypse” we think of an ending; the end times, or the end of the world. But it more accurately refers to a revelation. The Latin roots of the word come from apokálupsis, literally meaning “to uncover”. So it makes sense that apocalyptic fiction doesn’t necessarily mean the end of the world as a future scenario, but the uncovering of a truth about our world. All art that reflects the society of its time could be considered apocalyptic if the creator sees someone’s world ending, society collapsing, the social contract breaking down, the violent and absurd dominating everyday life. When I think of apocalyptic fiction, the breakdown of the social contract, violence and absurdity, I think of two of my favorite novels: The Grapes of Wrath by John Steinbeck, and Catch-22 by Joseph Heller.

The Grapes of Wrath began as a series of articles on California migrant workers entitled “The Harvest Gypsies” that Steinbeck published in October 1936, illustrated with photographs by Dorothea Lange. At his wife Carol’s suggestion, the title alluded to “The Battle Hymn of the Republic” by Julia Ward Howe: “Mine Eyes have seen the glory of the coming of the lord / He is trampling out the vintage where the grapes of wrath are stored…” The Great Depression was an apocalyptic moment in world history, most especially for the many who didn’t survive it. The novel begins with a dust storm, and the language is almost Biblical in tone.

Reading The Grapes of Wrath now, with the world standing on the brink of manmade climate disaster from which human civilization may never recover, my eyes are drawn to these passages of Steinbeck’s writing. He illustrates, with devastating precision, how adept we are at creating our own apocalyptic events.

“The works of the roots of the vines, of the trees, must be destroyed to keep up the price, and this is the saddest, bitterest thing of all. Carloads of oranges dumped on the ground. The people came for miles to take the fruit, but this could not be. How would they buy oranges at twenty cents a dozen if they could drive out and pick them up? And men with hoses squirt kerosene on the oranges, and they are angry at the crime, angry at the people who have come to take the fruit. A million people hungry, needing the fruit- and kerosene sprayed over the golden mountains. And the smell of rot fills the country. … There is a crime here that goes beyond denunciation. There is a sorrow here that weeping cannot symbolize. There is a failure here that topples all our success. The fertile earth, the straight tree rows, the sturdy trunks, and the ripe fruit. And children dying of pellagra must die because a profit cannot be taken from an orange. And coroners must fill in the certificate—died of malnutrition—because the food must rot, must be forced to rot.”

Thus, Steinbeck’s terrible conclusion is that—with economic depressions as with climate change—there is no one to blame but ourselves.

Another of mankind’s most enduring apocalypses is war. Our world is one of forever war, as enduring and largely ignored as the sound of rain on a window. And there are few books—certainly none I can immediately think of—that capture the monotony, the horror, and the absurdity of it than Catch-22. It’s often described as a comedy or a satire, but one that becomes less funny from the midway point. This is more indicative of the limits and failures of genre classification than of any failure of Heller’s writing. Catch-22 is as realistic a depiction of war as a fiction writer could likely achieve. The comedy, as is revealed in the unfolding of the narrative, is only due to the reader’s lack of context and understanding, so the reader’s emotional journey with the novel deliberately unfolds thus: “This is funny! … This is funny? … This has become less funny. … Oh, war isn’t funny.”

That is the genius of Catch-22; it lulls you into a false sense of security before harpooning you with the sudden and tragically simple realization that a novel about war cannot be funny. Because war isn’t funny. At first you laugh, but then you cry. One of the most amusing motifs in the first half of the novel comes from its protagonist, Capt. John Yossarian, continually going naked rather than wearing his military uniform. He’s observed climbing trees in the nude, as well as appearing naked to accept a medal. At first, the nudity is farcical. By the end of the novel—because of its non-linear structure—it’s revealed as tragedy. Yossarian won’t wear his uniform again because his friend and brother-in-arms, Snowden, died of a severe wound in the back of his plane, bleeding out onto Yossarian’s uniform. Yossarian’s lack of uniform becomes his symbol of protest against the lack of value ascribed to human life during war. Yossarian goes naked because his uniform was drenched in his friend’s blood.

The novel’s earlier comedy gives way to a bewildered contempt at our ability to harm and hate each other. The last few chapters contain Yossarian’s passionate diatribes against not just war and borders, but the other systems of profit that visit dystopian scenarios onto us every day.

The apocalypse is everywhere if you acknowledge the disasters that have already happened, and are happening now. The arrival of white settlers was as much an apocalyptic event for Native Americans as an asteroid would be for all of us. The same goes for apocalyptic literature, which deals with a whole spectrum of subjects. Booker-longlisted novel The Water Cure, by Sophie Mackintosh, introduces us to its characters in a post-apocalyptic setting. Three young women and their parents live on a remote island cut off from the rest of the world, which has been ravaged by a degenerative disease spread to women by men’s literal toxicity. “I felt like I didn’t need to invent a disaster, because there was already a disaster happening,” Mackintosh said, in an interview with The New York Times. One of the male characters claims, later on in the novel, that there is no disease, there never was; it was simply a product of mass hysteria. “But women are still dying?” One of the young women counters, to no reply.

Article continues after advertisement
The apocalypse is everywhere if you acknowledge the disasters that have already happened, and are happening now.

In my own work—my post-apocalyptic novel, The Last—I sought to explore these ideas. The end of the world is not something that happens to us, though there is something almost comforting about an end that falls from the sky, rather than one that comes from within, a self-inflicted implosion. The end of the world is, and always has been, a collaborative, bipartisan effort. The apocalypse does not reside in a dystopian future; it has always been in the mass death and destruction we continue to inflict upon each other. The best apocalyptic fiction then, is fiction that forces us to look at ourselves. As J.G. Ballard put it, “I wanted to rub the human face in its own vomit, I wanted to force it to look in the mirror.”

But not all conclusions are bleak. In a preface to a later edition of Ballard’s The Unlimited Dream Company, the philosopher John Gray observed that Ballard’s novels are as utopian as they are dystopian. Ballard doesn’t write about disaster only as a catalyst for chaos, misery, and degeneration, but also as a catalyst for internal liberation and renewal. When a creator tears our structures down, a utopian thinker then considers what could be built in its place. The Grapes of Wrath ends with an image that can be read as both the depths of despair and height of hope. The Water Cure, which dwells so much on death, ends with a sense of liberation and hope for the future. The Last, set in the months immediately following a nuclear war that destroys most of the western world, doesn’t simply ask what further evil humans would do to each other if given the chance, but what systems of cooperation and love could fill the void where our old world used to be. This is why my favorite writers of apocalyptic fiction both reflect the horrors of our society, and make room for us to imagine something better.

Hanna Jameson is the author of the London Underground mystery series the first of which, Something You Are, was nominated for a CWA Dagger Award. Her latest novel is The Last. She lives in London.

Nina Revoyr on Class, Power, and Privilege in the New/Old Los Angeles 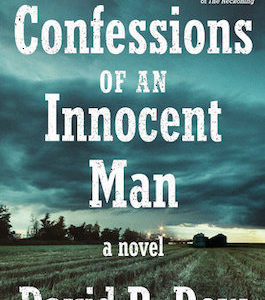 If you ask a lucky person to tell you what happened on the worst day of his life, he can do so without hesitation....
© LitHub
Back to top