These are boom days for writers and readers looking for thoughtful, hard-hitting stories about real-life crime. Whether you’re in the mood for a high-octane page-turner, an investigation, or a penetrating memoir, chances are there’s a book (and many a podcast or docu-series) out there for you. Every month, we round up the best new crime non-fiction with recommendations from CrimeReads staff. Here are the selections for September: 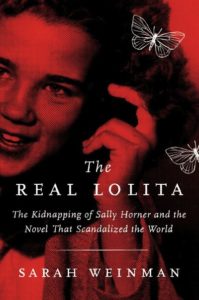 Sarah Weinman’s highly anticipated work of narrative non-fiction on the kidnapping of Sally Horner has its origins in an article Weinman wrote for Hazlitt a few years ago, tracing the development of Nabokov’s Lolita and how the titular character was inspired by Sally Horner’s real-life kidnapping. The Real Lolita is marked by the same quality research and gorgeous prose that distinguishes all of Weinman’s writing, and is sure to be a new classic of true crime. 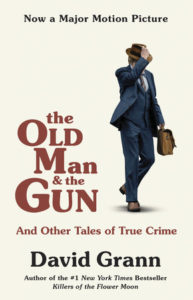 David Grann, The Old Man and the Gun and Other Tales of True Crime (Vintage)

David Grann’s most recent book-length historical investigation, Killers of the Flower Moon, has been dominating non-fiction bestseller lists and winning just about every award in sight this past year, but faithful Grann readers know that he’s been writing mind-blowing true crime for decades and that each new installment is an event of its own. In this new volume, three of Grann’s wilder true crime stories are collected: “The Old Man and the Gun” about an elderly bank robber with a romantic streak: “True Crime” about a cold case in Poland where the killer is revealed through a published novel; and “The Chameleon” about a French imposter who tries to con the family of a lost boy in Texas. Grann is really without peer in the world of longform investigations and histories. Use the release of this new book as your excuse to start back into his archive. 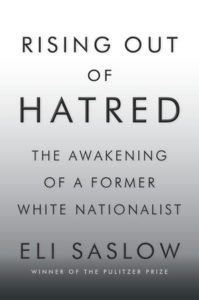 Saslow, a Pulitzer Prize-winning reporter, has a plum subject in Derek Roland Black. Black was raised in a White Nationalist family and a community. His father is a prominent figure who runs Stormfront, one of the biggest White Nationalist websites, and Derek and his father also host a popular radio show. From an early age, Derek has been active in the movement, running the youth arm of Stormfront and speaking at many rallys. His godfather is former KKK Grandmaster David Duke.  But when Derek leaves home to study at New College of Florida, he is secretive about his beliefs, knowing they would not be popular among the liberal students of the college. Then something unexpected happens to Derek: he actually meets the people he’s vilified, and it forces him to rethink (and ultimately revise) his positions on race, religion, and privilege. 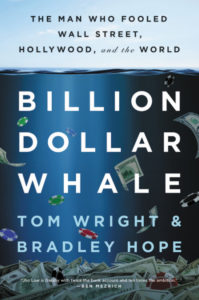 When all is said and done, the pilfering of the Malaysian development fund better known as 1MDB may go down as one of the most lucrative frauds in history: billions siphoned off, fortunes earned and lost, fraudsters in thousand dollar suits scattered in the wind, fugitives the world over. Wall Street Journal veterans Wright and Hope lay out the scam in all its sordid particulars, revealing a corrupt financial system for what it is, and showing how the system’s very opaqueness (as well as its reliance on the reputation of a few big gatekeepers and their supposedly clean reputations) led to a situation where a few savvy, cynical players could steal billions with hardly anyone noticing it was gone. 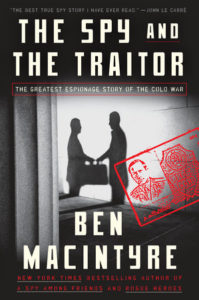 Ben Macintyre, The Spy and the Traitor (Crown)

Ben Macintyre’s The Spy and the Traitor follows the life and lies of Oleg Gordievsky, the greatest double agent you’ve never heard of. While Oleg was primed to eventually dismiss his Soviet masters from the get-go, with an ambivalent father and quietly resistant mother to show him the way, it’s his excellent taste in classical music that sealed the deal for American recruitment. Gordievsky simply could not stand the terrible parade marches blasted from Soviet speakers, and vowed to get out of the country and closer to better music in any way possible. 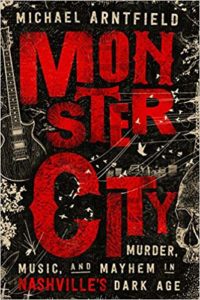 This dive into the seedy underbelly of country music’s capital takes us on a sordid tour of Nashville’s strangest murders. The title is a bit of a misnomer—this book is about many monsters, some visible from the start, and others disguised as well-behaved citizens until the depths of their depravity fight their way to the surface. It’s also about the intersection of 1970s counterculture, the rise of Nashville country, and a time in American history marked by a number of high-profile serial killers. 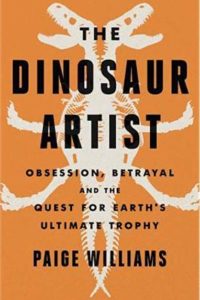 Paige Williams’ tale of dinosaurs, smugglers, and a lawsuit titled United States of America v. One Tyrannosaurus Bataar Skeleton was first reported at The New Yorker, where Williams works as a staff writer, in 2013. When a Florida man tried to sell a dinosaur skeleton at auction, he ran afoul of Mongolia’s strict anti-smuggling laws, for a story that gets at the heart of the debate over precious artifacts, national rights, and the plunder of rare objects. We’re happy to see that a full-length book exists to flesh out (pardon our pun) the already-bizarre story of a dinosaur skeleton caught between nations. You can read Williams’ original story here. 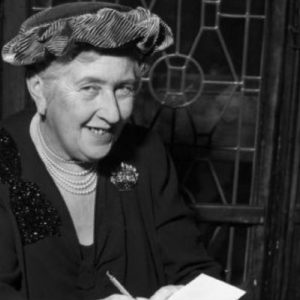 Agatha Christie is the Queen of Crime, a well known poison aficionada, and quite possibly the most homicidal novelist who ever...
© LitHub
Back to top