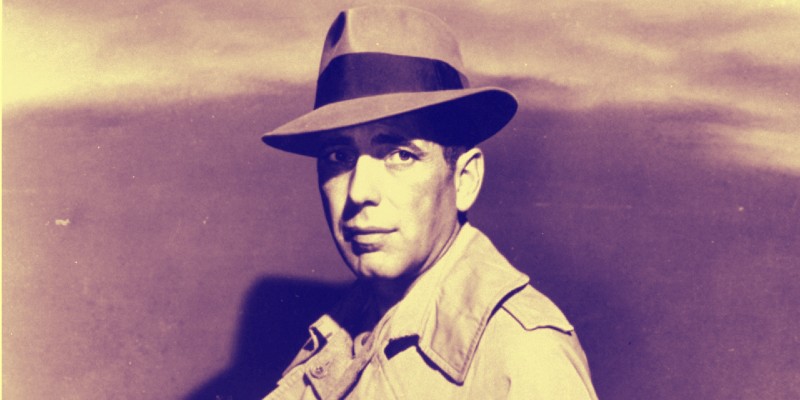 The Evolution—and the Future—of the Private Eye

Cheryl A. Head on the authors and books ushering PI fiction into the 21st century.

I have a bias toward the private investigator novel, most of it driven by the imagery of classic film noir—shiny-wet pavements, sinewy cigarette smoke curling upward, vintage cars with fat white-wall tires, hard kisses that dip-to-black. The guys wearing sharp-creased fedoras and baggy-legged pants. The women with lipstick pouts, seamed stockings, and hats cocked to the side.

With all due respect to the accidental detective or law enforcement insider, I’m a hardboiled kind of gal. I’ll always be enthralled by the private detective yarns of the forties and fifties, and subsequent stories which pay homage to that tradition.

I know, I know. I’m leaving out all the -isms that come with the genre. As a woke black woman who also writes a mystery series, it puts me in a Janus fix, looking back at the classic tropes of PI fiction with fondness, and forward to the many new (and some not-so-new) bringing a fresh take to characters, methods and motifs. This nouveau noir catapults crime writing into the sensibilities of modern readers by bending, morphing, and reframing the form. All to the good.

Of course, this rethinking of the PI novel owes credit to a cadre of splendid, and established, crime writers, most prominently for me:  Sue Grafton, Walter Mosley, Sara Paretsky, Alexander McCall Smith, and J.M. Redmann.

Kinsey Millhone’s spartan life, loner status, and office routines are closely-held P.I. tropes, but Grafton also gave Kinsey a wash-and-wear black dress, a Santa Teresa, California community, and likeable, quirky charm. For instance, I hardly ever read one of the alphabet mysteries without joining Kinsey in a peanut butter sandwich.

Charm comes in unique packages, and sometimes that package is lethal. Easy Rawlins’ sidekick, Raymond “Mouse” Alexander is one of my favorite characters in crime fiction—right up there with the psychotic Tommy Udo (from a story by Eleazar Lipsky) in the film Kiss of Death. Walter Mosley’s Mouse is no Dr. Watson, he’s dangerous, amoral and if left to his own devices, kills people. It just happens.

I came to know Victoria Iphigenia Warshawski well into Paretsky’s series. As I read Blacklist, I thought well damn. V.I. is a woman I’d like to meet.  She’s athletic, eats like a real person, and gets mixed up in politics. V.I. has a soft spot for kids, but maintains her PI bona fides by drinking scotch and, literally, getting down and dirty when the case calls for it.

Alexander McCall Smith’s Precious Ramotswe is the remarkable protagonist in the lauded No. 1. Ladies’ Detective Agency series. Precious comes to private investigation with innate curiosity, and mother’s wit, sussing out clues with common-sense competence. Her shingle hangs in an office in Botswana where the mean streets are dusty roads. While other series had introduced the black, female sleuth  before, the massive popularity of Smith’s series, and its tv adaptation, made a black women detective part of the mainstream.

Micky Knight is an old-school, hardboiled sleuth, from the mind of author J.M. Redmann.  Micky is a complex character with childhood trauma to overcome, bad habits to restrain, and danger to find.  What sets her apart?  She’s also unabashedly lesbian. There is excellent writing, satisfying plots, and a love for New Orleans in the Micky Knight series. In the sixth book, Water Mark, post-Katrina devastation exacerbates Micky’s work to identify a dead woman, even as she struggles with an unraveling relationship.

Following in the formidable footsteps of the above authors are talented new kids on the PI-writing block. A couple have been at the work for a while, others have just a book or two, but all add spice and spin to the genre. They also introduce a commendable new corps of fictional private eyes.

Take, for example, Kristen Lepionka’s Roxane Weary. Roxane doesn’t work out of a seedy office with an oversized desk, but from her living room. In The Last Place We Look we find her taking a client call as she lies under her dining room table nursing a hangover. Roxane is observant, persistent, fearless. I love the scenes in which she annoys the shit out of a small-town police force in Ohio while searching for her missing person.

Tracy Clark’s Chicago Mysteries feature former cop, now PI, Cass Raines. Traumatized by a police shooting event that leaves a kid dead, and her badly wounded, Raines manages a one-person agency, an apartment building, and a motley posse. She’s street-smart, capable, African-American, and can’t talk about her feelings.  In book one of the series, Broken Places, Clark writes one of the most enjoyable stakeout scenes I’ve ever read.

Joe Ide’s Isaiah Quintabe, and Alex Segura’s Pete Fernandez are proof that the savvy PI of contemporary noir, doesn’t have to be just black or white. IQ and Pete’s cases play out in the zeitgeist of vibrant cultures­—Long Beach and Miami respectively. The strong sense of place, and unusual cast of characters, immediately draw you into these series.

Speaking of locales in technicolor, former screenwriter Howard Michael Gould is new to noir but not to Hollywood, where his police detective-turned-eccentric investigator lives in isolation in the hills. Charlie Waldo is an enigma.  Part survivalist and part badass. He travels on a bike. Not the Harley kind but the Brompton, folding kind. He’s running from his past in slow motion, and gets beat up a lot. In Last Looks, Gould’s first novel, the writing is hardboiled and laugh-out-loud witty.

Aimee Hix’s Willa Pennington is a novice private eye following in her father’s footsteps. Flawed, tough, irreverent, Willa is a character you want to cheer even as you shake your head at her judgement. Pennington cares for a kid brother, and a new love in the debut novel, What Doesn’t Kill You, and Hix proves herself adept at mixing strong mystery and romance elements.

Crime author Delia C. Pitts comes to the PI genre after success as a U.S. diplomat, an academic, and a prolific fan fiction writer. Her Ross Agency Mystery series is a whirlwind of quirky characters, dexterous writing, and imaginative subplots. Her black, male, protagonist, SJ Rook, is a determined and thoughtful PI with a penchant for the underdog reminiscent of the compassion of Easy Rawlins.

Lepionka, Clark, Ide, Segura, Gould, Hix, Pitts, write noir with a twist. Their protagonists are loners, some drink to excess, and are generally distrustful. But their sleuths also have friends, relationships, and families. Their locales are filled with seedy alleys, boarding houses and dark doorways, but there is also joy, color, music, and food in their crime environs. They chase the guy or gal who deserves a bad end, but their lawbreakers can have redeeming qualities that merit a second chance.

Today’s gumshoes still have to be on their feet, answer the midnight call, and respond to the knock on whatever door separates their workplace from the outside world. They snoop, pursue, lie, and fight with the best of them. But their cities, communities, and neighbors have changed. They don’t view their work with an outsider’s distance. They are, instead, witnesses to the tipping point around class, race, gender identity, and politics. They know corporations are bigger and greedier, the gap between the haves and have-nots is more pronounced, and differences are equally demonized and celebrated. A moral code may still be crystal clear to these paid investigators, but they live in a world where the crystal needs a good polishing.

IQ, Rook, Cass, Roxane, Pete, Willa, and Waldo are post-modernist knights tilting at twenty-first century forces that can’t be stopped with a bullet or karate chop. Their cases are not only about missing persons, but about missing values. They still try to get the goods on a cheating spouse, but cheating also happens in the highest institutions in the land.

It’s great to revisit the classics where the tropes are comforting, the punishment fits the crime, and trouble can be see a mile away. But nouveau noir has its own delights. Fully-fleshed characters with unique and surprising relationships, visits to places off the main drag, eateries where the food is both uniquely ethnic and utterly American, and protagonists who understand justice doesn’t always exist in the binary of right or wrong. 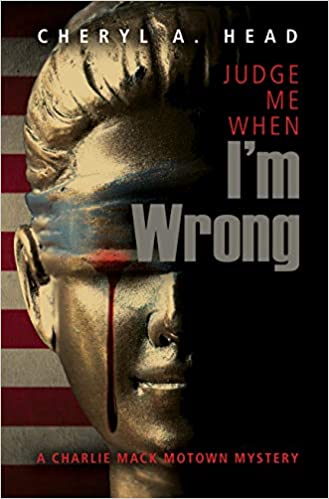 Cheryl A. Head is the author of the Charlie Mack Motown Mysteries.  The first book in the series, Bury Me When I’m Dead, is a Lambda Literary Award finalist, and included in the Detroit Public Library African American fiction list.  Head is Director of Inclusion for the Golden Crown Literary Society, and a member of the Bouchercon Board of Directors. 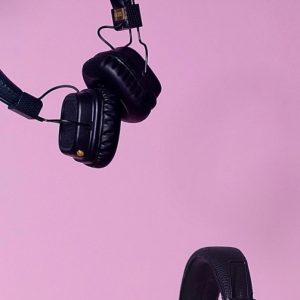 It’s officially springtime, and you know what that means: a fresh batch of new and returning podcasts. What’s in store...
© LitHub
Back to top