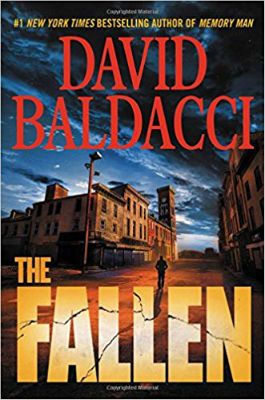 The following is an exclusive excerpt from The Fallen, by internationally bestselling author David Baldacci. In the following passage, an investigator is trying to enjoy his down time when a storm interrupts, revealing a suspicious scene in the house next door.

“You won’t let any of the bad people hurt Aunt Alex, will you?” she asked, her features and tone suddenly turning anxious.

Decker had been about to take a sip of beer. He slowly lowered the bottle. “No, I won’t. I mean, I’ll do my best never to let that happen,” he added a bit lamely.

There was a low rumble of thunder in the distance.

“I guess a storm is coming,” observed Decker quickly, looking for any way to change the subject.

He glanced at Zoe to find her innocent gaze still uncomfortably on him. He looked away as another guttural growl of thunder was heard.

Summer was over, but the thunderstorms often accompanying the segue into fall appeared to be bearing down on them.

“Definitely getting closer,” said Decker, more to himself than to Zoe.

He looked at the rear yard of the house that backed up to Zoe’s. It seemed an exact copy. Same footprint, same wooden deck off the back. Same patch of yard. Same type of maple smack in the middle of the wilting grass.

But there was one difference.

The lights in the other house were flickering now.

Decker looked to the sky. Despite the rumbles of thunder, there wasn’t any lightning yet, at least that he could see. Also, the temperature had dropped some, and there was a low fog building that, along with the gathering clouds, obscured the sky even more.

A few moments later, he saw the reflection of red lights zip by overhead. He couldn’t see the plane, but it was no doubt trying to make it in or out before the storm hit full force, he thought.

He glanced back at the house and watched the lights going on and off, almost like Morse code. It might be the humidity, he thought. Damp wiring could cause flickering.

Then a car started up. It had to be on the street that fronted the house he was looking at, he concluded. They’d be driving right into the gathering storm.

A few minutes passed and then came the initial lightning spear. It seemed to disappear right into the earth directly in front of him. It was followed by a much louder boom of thunder. The sky was growing increasingly black and ominous. The winds were pushing the system swiftly across the area.

“We better go inside,” said Zoe nervously. “Mommy says that more people get hit by lightning than you think.”

“Who lives in that house, Zoe?” Decker asked, pointing to the other house.

Zoe had her hand on the door leading back inside. She said, “I don’t know.”

Decker’s gaze focused and then held on a sudden spark of light. It was inside the other house, behind one of the windows. He didn’t know if it was a light from inside simply reflecting off the glass, or whether the cause might be something more complicated, and potentially dangerous.

He set his beer down and hustled off the deck. But he needed to find out.

“Where are you going?” Zoe cried after him; her voice held a note of panic.

He called over his shoulder, “Go inside, Zoe, I just want to check on something.”

Another crack of lightning was followed by such a deafening explosion of thunder that Zoe bolted inside, while Decker ran the other way.

Despite his bulk, Decker had been an elite athlete for many years. He grabbed the top of the fence separating the two properties, neatly swung over the barrier, and dropped inside the other yard.

He hustled across the grass toward the house. He could feel the temperature plummeting as the storm fully enveloped the area. The wind kicked up and buffeted him. He had grown up in the Midwest and was used to these dangerous weather systems that made the Ohio Valley their stomping grounds, conjuring up and then spinning off tornadoes like a cancer spawned mutant cells.

He knew the rain would be coming next, probably in sideways sheets.

He reached the house’s pressure-treated deck and raced up the steps. He didn’t look back at Amber’s house, so he didn’t see Alex Jamison come out and gaze quickly around for him.

He got to the window where he’d seen the reflection of light.  He could now smell it, which confirmed his suspicions. Electrical wiring had gotten mixed with liquid. He had investigated homicides involving arson, and the smell was unmistakable. There was a fire in there.

He put his face to the glass and peered inside. Electrical fires tended to move fast, usually behind walls where they could spread unseen until it was too late.

A moment later, he saw something that confirmed his worst fear: a flicker of flames and the rise of smoke.

Then he looked to the right as a spear of lightning lit up the whole area.

Decker froze at what he was seeing in the illumination provided by the lightning strike. A moment later, he broke free from his paralysis and ran to the back door. Without hesitating he hit it with his shoulder like he had many football blocking sleds. The flimsy door buckled under the massive impact and fell open.

Decker froze at what he was seeing in the illumination provided by the lightning strike.The storm was screaming overhead now, so Decker couldn’t hear Jamison calling to him. She had rushed off the deck and was running to the rear fence when Decker had crushed the door. The rain was falling hard now, whipped by the wind into a stinging frenzy, as the storm emptied millions of gallons of water over the western edge of the Keystone State. Jamison had run out of her shoes and was soaked before she was halfway to the fence.

A drenched Decker burst into the kitchen and turned right. He had his Beretta out and pointed in front of him. He now wished he hadn’t had all that beer. He might need his fine motor skills to be better than they presently were.

He moved swiftly down the darkened hallway, bouncing off one wall. Something fell to the floor as he brushed against it.

It was a picture.

Decker cursed himself because he had just contaminated what was now a crime scene, an act he would have found unforgivable if someone else had done it. Yet it couldn’t be helped. He didn’t know what was going on here. What he had seen might just be the tip of the iceberg.

He cautiously poked first his gun and then his head around the corner. He cleared the space with two long visual passes and straightened.

Decker now knew what had triggered first the spark and next the flames.

And the flickering lights.

Exposed electrical wires had indeed been commingled with liquid.

But it wasn’t water.

On the Road with
Anne Hillerman 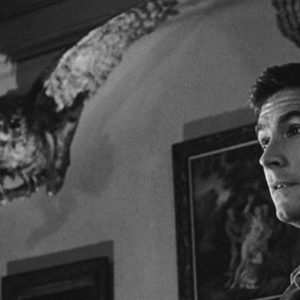 Fiction's 10 Strangest Crimes The cheating husband, the poisoning wife, the vengeful butler, and Colonel Mustard hiding in the conservatory with the candlestick....
© LitHub
Back to top