I have a dirty little secret to confess: I love CSI: Miami.

When David Caruso stares at someone nailed to a wall and puts on his sunglasses while saying, “Looks like this guy will be sticking around,” and The Who starts blaring, I get chills. But I also love Game of Thrones, and I recognize that CSI is about as fantastical as GOT (Dragons are kinda real: our distant ancestors would find dinosaur skulls, and it’s not unreasonable for someone to assume a T-rex is a dragon).

Game of Thrones, though, despite how you feel about the ending (personally, I wanted to dropkick my television) didn’t have a detrimental impact on our society. But after now going on 14 years as first a prosecutor, and now a criminal defense attorney, I can tell you that CSI and its television ilk, and the modern trend in crime novels, in general, to show forensic science as a magic bullet that solves all crimes, may very well be ruining our criminal justice system.

Would You Convict Based Solely On Forensic Science?

Pretend you’re a juror in a murder case, and the only evidence against the defendant is the testimony of two forensic odontologists (dentists that testify in legal cases) who testify that the bite marks on the victim match with scientific certainty the teeth of the defendant. Would you convict?

Unfortunately, most people would. And that’s what happened in one of the most important cases dealing with forensic evidence: State v. Stinson.

The case came out of Wisconsin and was the first time bite mark analysis had ever been used in the state. Robert Lee Stinson was charged with raping and murdering a woman, and the only physical evidence the state had was the testimony of two forensic odontologists who believed to “a reasonable degree of scientific certainty” that the bite marks matched Stinson’s teeth. The jury convicted. The Wisconsin Court of Appeals upheld his conviction, and said that the reliability of the bite mark analysis was good enough, “to exclude to a moral certainty every reasonable hypothesis of innocence.”

He spent 23 years in prison for a crime he didn’t commit, until DNA analysis was advanced enough to confirm that he was not the perpetrator of this crime.

In the words of Dr. Nick from The Simpsons, “Whaaaat a country.”

But How Does It Harm the Justice System?

I wish I could say Robert Lee Stinson was an isolated innocent, but case after case comes out every day of forensic science leading to wrongful convictions. The most heartbreaking cases are those like David Wayne Spence, who was convicted of murdering three teenagers in Lake Waco, Texas. The only thing linking him to the scene of the crime was the testimony of a forensic odontologist. The lead homicide detective on the case was later interviewed when the New York Times profiled the case and said, “My opinion is that David Spence was innocent. Nothing from the investigation ever led us to any evidence that he was involved.”

Unfortunately, David Spence had already been executed by the state.

So you can clearly see why this belief that forensic science is all about certainty, a belief propagated by crime television and modern detective novels, creates problems for defendants, but it doesn’t stop there.

It used to be that prosecutors would move forward on cases involving only circumstantial evidence and eye witness accounts, but that doesn’t cut it with juries nowadays if they’ve been exposed to a lot of crime television or crime fiction. Eye witness testimony doesn’t compare to the glitz and glamor of Ted Danson reconstructing a crime scene with an AI capable computer that picks up whether someone sneezed at the scene or not.

If someone is obsessed with these shows and books, at least when I was a prosecutor, I would cut them loose.

Some of the high-profile cases of celebrities who are acquitted for crimes they obviously committed, not always but sometimes, are because the jurors simply expect more forensic evidence.

This proliferation of crime shows like CSI has also led to smaller jury pools: clever prosecutors should always ask during jury selection, “Do you watch any crime related shows like CSI or Criminal Minds, and/or do you read a lot of crime fiction?” If someone is obsessed with these shows and books, at least when I was a prosecutor, I would cut them loose. Their expectations would simply be too high.

I cannot tell you how much time I have to waste at a trial explaining what forensic science really is and why it’s different from CSI. For example, DNA profiling is all about probabilities, not certainties. But if someone with “Dr.” before their name gets up on that stand and mentions the word “match,” it’s game over for my client. But “match” doesn’t mean “match” because it’s usually preceded by something like, “There’s a one in fourteen likelihood of…” or “About ten percent of the population also…”

But jurors don’t hear that, they only hear that my client’s DNA was a match, and that’s all they need because that’s all it takes to convict someone on NCIS.

Criminals Are Getting More Knowledgeable

This is something crazy to think about, but totally, 100%, true: smart criminals watch shows like NCIS and CSI. Why? Because the smart ones want to learn about forensics. How many people have gotten away with crimes because they learned from TV shows that bleach still leaves behind hemoglobin from spilled blood, but oxygen-producing detergents do not, and are the go-to clean up tool of the professional murderer? How many serial killers wear booties over their shoes now to prevent leaving trace evidence behind, or burn their clothes after killing someone, or shave their body hair not to leave any behind? We’ll never learn the answers because it’s survivorship bias: we only know about the ones that have been caught, because they were caught. How many watched these shows or read these books and got away with it can never be known.

Do you know how much DNA profiling costs? What about a gunshot residue test? Which, FYI, cannot prove someone fired a gun: it could mean they touched something that was around a gun when it was fired, or they touched a gun long after it had been fired.

Remember, too, that these people that run the tests then get paid to come to court, and a lot of the time, if they’ve already put in their 40 hours for the week, they get overtime pay. Forensic evidence in criminal cases costs money, and prosecutors are picking up that jurors expect more of it, so they’re shelling out the bucks to get as many tests done as are feasible. The shows and books are stretching already thin budgets.

So What Can We Do?

That’s the big $64,000 question (was it 64 grand? That gameshow was on like a million years ago). What do we do? How do we counteract the negative effects these shows and books are having in real-life cases? There are a few possibilities:

First, we could increase the budget for law enforcement agencies and prosecutor’s offices across the country. We would do this to make sure they always have the latest technology and forensic tools, and as much money as they need to run as many tests as they desire, as well as enough staff at the crime labs to ensure there’s not a backlog. Considering that many smaller counties don’t even have police tape because it’s considered unnecessary, this one isn’t likely.

Second, let’s hope Americans’ obsession with crime diminishes. Since that’s about as likely as a Howard the Duck sequel (I would totally go see it), let’s move on to the next one.

What about judges? Should judges set aside a few hours and explain everything to juries beforehand? Like what the difference is between the latest crime novel about a rebellious medical examiner out there solving crimes, and the real medical examiner, who is a nerdy guy that can’t look them in the eye and is wrong about 20% of the time? I know a lot of judges, and the last thing they want is to prolong trials that they already think take too long.

So what’s the solution?

I have no freaking clue. It’s a massively complex issue, and the solution may vary from one county and state to the next. But it’s something that needs to be addressed and needs to be addressed soon, because these shows and books are only growing more popular, and jurors’ expectations are evolving faster than the justice system is.

And you know what they say *puts on sunglasses* “If we don’t work to make it better, we’re working to make it worse.” *Blast Won’t Get Fooled Again.* 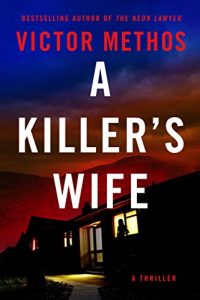 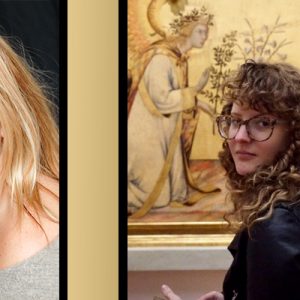 Caroline Kepnes is the author of You, Hidden Bodies, and Providence. You and Hidden Bodies (which were adapted into the hit Netflix...
© LitHub
Back to top