The Greatest Apartments in Crime Fiction

Louise Candlish on some evocative, provocative flats from the annals of mystery.

In the opening scene of my newest book, The Heights, lighting designer Ellen Saint looks out of the window of a client’s apartment in the Tower Bridge district of London and can’t believe her eyes: on the roof terrace of the building opposite stands a man who really shouldn’t be there, a man she knows for a fact to be dead. And thus reignites a nightmare she had every reason to believe she’d put to rest.

It’s a classic, some might say well-worn, device, the accidental sighting of a person of interest – or indeed the witnessing of a crime – from an apartment window up high, but no one can deny that it’s a brilliantly direct way of getting the protagonist’s adrenaline flowing. In Ellen’s case, there’s a double shot in the bloodstream because she suffers from ‘high place phenomenon’, a form of vertigo where the sufferer has the irrational urge to jump from open high spaces such as roof terraces….

Since there’s a touch of Hitchcock to this set-up, I couldn’t not include the literary source material for the mighty ‘Rear Window’ in my fictional apartment picks. Also for your delectation: the most famous flat in all of crime fiction, hansom cab ready at the door; a shoebox apartment in the West Village housing a young woman with an exhibitionist streak; lodgers’ rooms in 1920s south London, where the interaction between landlady and tenant blurs lines; and a contemporary locked-room mystery set in an elegant Parisian block. Each of these dwellings contains nooks and crannies galore, but in the end – and in most cases, at least – the villain of the piece finds there’s nowhere left to hide. 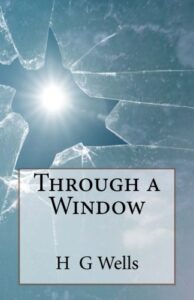 Through A Window by HG Wells

The stories that led to Hitchcock’s masterpiece ‘Rear Window’ are mostly overlooked these days, so I think a shout-out is in order. The movie was scripted by John Michael Hayes and based on the 1942 short story ‘It Had To Be Murder’ by Cornell Woolrich. This, in turn, had its roots in an 1894 story by the great HG Wells called ‘Through A Window’, in which the bandaged (‘mummified’) invalid protagonist Bailey whiles away his days looking out of his window onto the river. He gains great pleasure from the toing and froing of its craft, until, one morning, conflict erupts between the crew of a passing launch and our solitary spectator finds himself embroiled in the drama.

In the first installment of Kepnes’ Joe Goldberg series, the ‘Rear Window’ trope is turned on its head as Joe spies on his target, the pulchritudinous Beck, from the street outside her West Village apartment. Crucially, her ‘shoebox’ unit is at parlor level and, what with her habit of leaving her blinds open irrespective of the activity at hand, is a gift for peeping Toms. Joe’s eye for interior details is sharp – the dependable microwave and the Brown University mug, the neglected ‘writer’s’ laptop and the used and abused pillow – but, best of all, he invites us to contrast Beck’s abode with his own shamefully squalid digs in the Bronx, not to mention the ghastly Peach’s multi-roomed palace uptown. 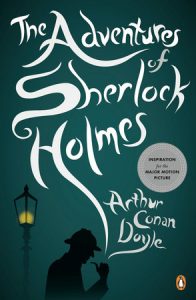 The Adventures of Sherlock Holmes, by Arthur Conan Doyle

Amid the fifty-plus stories of extraordinary situations involving the famous consulting detective, one constant remains: his flat at 221B Baker Street. Holmes resides on the first floor, his study overlooking Baker Street, with Watson’s room on the second floor and housekeeper Mrs. Hudson’s quarters down below. From the scientific charts on the wall to the wax replica of his own head on the bookshelf, fascinating objects abound, creating a vivid profile of an eccentric and a hoarder. How enjoyable it is to picture Sherlock tripping over his bearskin hearthrug in his haste to reach his stash of tobacco in the toe of a Persian slipper (not unlike me in my first London flat.) 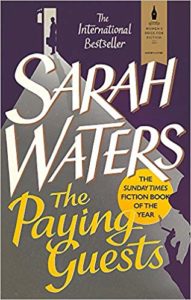 The Paying Guests by Sarah Waters

The closest Waters has come to crime (and not so much a whodunnit as a will-they-get-away-with-it), The Paying Guests is set in the febrile summer of 1922, when déclassé Len and Lilian Barber install themselves in an apartment carved from the upper floor of a Camberwell villa belonging to the bourgeois Frances Wray. Taking in lodgers is a purely economic arrangement for Frances, the only feasible way she and her mother to continue to fund their large home, and yet, from the moment the Barbers take possession of their excellent rooms, a disturbing alteration in mood occurs. A masterpiece. 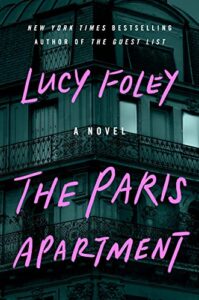 The Paris Apartment by Lucy Foley

I’m a big fan of Foley’s locked-room mysteries and the casts of flawed characters she assembles with a distinctive relish, millennials very much to the fore. In this latest, down-on-her-luck Brit Jess arrives at a grand apartment block in Monmartre to visit her brother Ben, only to find him gone and his neighbors anxious to guard their secrets. The descriptions of 12 rue des Amants, with its concealed staircase and dumb waiter, are fabulously evocative, as are the scenes set in the streets – though, once the body count starts to rise, the Paris Tourist Board would be forgiven for disavowing the whole shebang. 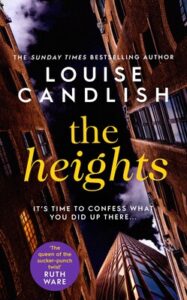 Louise Candlish is the Sunday Times (London) bestselling author of fourteen novels. Our House, a #1 bestseller, won the Crime & Thriller Book of the Year at the 2019 British Book Awards, was longlisted for the 2019 Theakston Old Peculier Crime Novel of the Year, and was shortlisted for the Goldsboro Books Glass Bell Award. It is now in development for a major TV series with Red Planet Pictures, producers of Death in Paradise. Louise lives in London with her husband and daughter. Visit her at www.LouiseCandlish.com or connect with her on Twitter @Louise_Candlish. 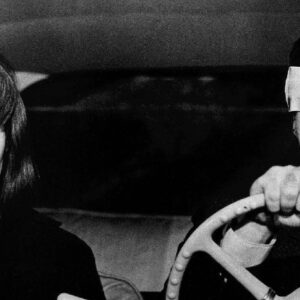 Is it possible to write a contemporary spy novel that lives up to the Cold War classics? This may seem an odd idea for someone...
© LitHub
Back to top