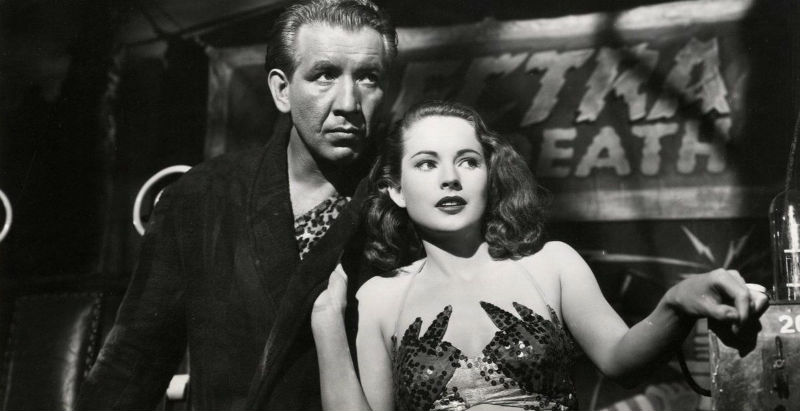 The Rise and Fall (and Rise) of a Noir Classic

“Think out things most people are afraid of and hit them right where they live,” states former carnival huckster turned fake spiritualist and clairvoyant, Stanton Carlisle, the main character of William Lindsay Gresham’s 1946 novel, Nightmare Alley. “Health. Wealth. Love. And Travel and Success. They’re afraid of ill health, of poverty, of boredom, of failure. Fear is the key to human nature.”

While it is unlikely Gresham aspired to infuse his book with any long-term political significance, it’s hard to read Nightmare Alley without seeing parallels to contemporary government and entertainment. It is not just Carlisle’s character, a man with no scruples, who will do anything to achieve his ambition to become rich, and who is a master of identifying and preying on weakness; we are as fascinated with the clever trickster as with the “rubes” or “marks,” as Carlisle refers to them, who flocked to the Depression era carnival in Gresham’s novel.

Gresham’s book is a masterful story about the art of the grift and the best fictional depiction of the carny (slang for the traveling carnival employee). But most of all, it is a stone cold classic piece of low life noir fiction, dark, visceral, surprisingly sex-drenched for its time, and utterly devoid of redemption.

Still relatively unknown, despite being filmed in 1949, and earning a New York Review of Books edition in 2010, Nightmare Alley’s status is likely to change with the announcement in late 2017 that it will be remade by The Shape of Water director Guillermo del Toro.

The book, comprising twenty-two chapters named after cards in the Tarot, opens with 21-year-old amateur magician and carnival worker Carlisle watching Clem Hoatley, the “Ten in One” traveling show’s “talker,” hype up one of the attractions, the geek. Portrayed as a wild man who bites the heads off chickens and guzzles their blood, in reality, the geek is a luckless down and outer, paid in alcohol, who slits the animal’s throats with a hidden razor blade. Carlisle, whose job includes providing the geek with his daily bottle, is repelled and fascinated by the unfortunate individual. The Ten in One’s other denizens include: Madam Zeena, a veteran astrologer and fake mind reader, and her husband, Pete, once a “whiz crystal reader”, now a hopeless alcoholic; Herculo, the strongman; Major Mosquito, “the tiniest human being on record”; and Molly, an attractive young woman with serious father issues, saving herself for the right man, who as “Mamzelle Electra” can supposedly channel electricity.

In the course of the story, Carlisle has an affair with Zeena. While he desires her he also wants pick her brains about carny life, including the secret two-person code she and Pete developed for their act. One night, wanting him out of the way so he can spend time with Zeena, Carlisle accidentally slips Pete a bottle of wood alcohol instead of the cheap rye whisky he meant to hand over, killing him. The death is ruled an accident, but with Pete out of the way, Carlisle gets the code. He also gets Molly after using his fake mind reading act to dissuade a zealous local cop from closing down the carnival and arresting the scantily clad Mamzelle Electra.

Carlisle and Molly go to New York, where he is soon Stanton the mentalist and she his assistant. Operating with a complex system of verbal and battery-operated signals, his act attracts a wealthy clientele. A mail order ordination makes him the Reverend Carlisle and he plans to start his own church. As his fame increases, Carlisle drinks more, tires of Molly, and becomes involved with a mysterious psychiatrist, Dr Lilith Ritter. They hatch a scam to extort money from one of the psychiatrist’s clients, an industrialist who longs to be reunited with a lost love, using confidential information about the man provided by Lilith.

Nightmare Alley wonderfully evokes the atmosphere and language of the now largely lost world of the traveling carnival. Some of Gresham’s depictions of carnival life exude a louche sensuality. At other times he paints it as a tough, high-pressure existence, the carnies constantly on guard against each other as well as the crowds they’re trying to extract money from. Gresham’s description of the show’s slow crawl through the impoverished US south is particularly evocative:

“Dust when it was dry. Mud when it was rainy. Swearing, steaming, sweating, scheming, bribing, bellowing, cheating, the carney went its way. It came like a pillar of fire by night, bringing excitement and new things into drowsy towns — lights and noise and the change to win an Indian blanket, to ride the Ferris wheel… Then it vanished in the night, leaving the trodden grass of the field and the debris of popcorn boxes and rusting ice-cream spoons to show where it had been.”

In addition to the belief in the power of mediums whose mental gifts enabled them to act as a bridge to the afterlife, the study of the mind emerged as another mid-century public fascination. Plots involving psychiatrists, asylums, amnesia and repressed childhood memories figured regularly in crime fiction and film noir from the period. What makes Gresham’s take particularly compelling is that Lilith is also the story’s femme fatale. While Carlisle is completely amoral, he remains at his core a low life con man. “I’m a hustler, God damn it,” he confesses to Lilith one night. “I’m on the make. Nothing matters in this goddamned lunatic asylum of a world but dough.” You can almost smell the cheap whisky and desperation emanating from the page. Lilith, on the other hand, while just as keen for a payoff, is a far more sophisticated and effective hustler, who uses psychoanalytic tricks of the trade to manipulate Carlisle, preying on his lack of confidence and issues about his mother abandoning him as a child.

He remains at his core a low life con man. “I’m a hustler, God damn it,” he confesses to Lilith one night. “I’m on the make. Nothing matters in this goddamned lunatic asylum of a world but dough.”

The film, based on a screenplay by Jules Furthman, whose credits included The Big Sleep (1946) and Rio Bravo (1959), broadly adheres to the novel with the exception of the conclusion, which offers a slither of hope absent in Gresham’s work. It was an atypical project for its director, Edmund Goulding, whose specialty had been dramas and drawing room comedies, and also for its star, Tyrone Power, who until that time was chiefly known as a romantic lead. Put Power is excellent as Carlisle, and his performance, alongside Joan Blondell as Zeena, Coleen Gray as Molly and Helen Walker as Lilith, makes it, arguably, one of film noir’s darkest entries.

Little is known about Gresham. The back cover of the first edition of Nightmare Alley by Rinehart and Company, says he “has had just about every job any man could do in a relatively short life. He was a clerk for a fire insurance company, editor of the Western Electric Kearny newspaper, typewriter salesman, demonstrator of magic tricks, a laundry worker, a secretary in a private detective agency (until they discovered he couldn’t take shorthand and had been doing the correspondence by memory),and wanted to become a Unitarian minister.”

He appears to have been fascinated by carnivals from an early age and possibly worked at one in his youth. He was also an unfaithful husband and had a major drinking problem. With his novel a hit, and after quickly selling the film rights for $60,000, Gresham believed his career prospects were assured. But Darryl F. Zanuck, studio head of Twentieth Century Fox, hated the film version and took it out of circulation, contributing to its commercial failure. Gresham’s second novel, Limbo Tower (1946), based on the author’s time in the TB ward of a hospital upon his return from volunteering as a medic for the republican side during the Spanish civil war, did poorly and was his last.

Sliding deeper into alcoholism, he supported himself by producing non-fiction books, including a 1954 work on carnies and a 1959 history of Harry Houdini, and wrote for newspapers and pulp magazines. He turned to spiritualism and was, briefly, a proponent of Scientology. Although he got his drinking under control, his health deteriorated and the night of September 1, 1962, at the age of 53, he checked into the Manhattan hotel where he had reportedly written much of Nightmare Alley and committed suicide by taking an overdose of sleeping pills. His pockets were supposedly full of business cards that read: “No Address. No Phone. No Business. No Money. Retired.”

Mystery by Gaslight:
Victorian Gothic, Then and Now 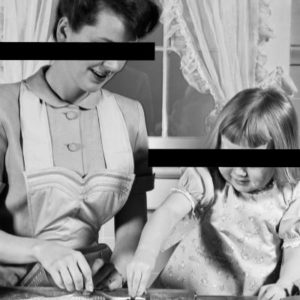 "Is Domestic Life the Enemy of Creative Work?" - The Cut "The Parent Trap: Can You Be a Good Writer and a Good Mother?"...
© LitHub
Back to top