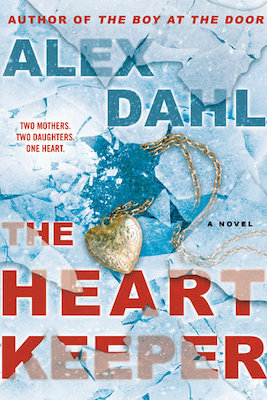 The following is an exclusive excerpt from The Heart Keeper, the latest from Alex Dahl, one of the biggest voices in Scandi-Noir. One woman’s daughter, in death, gives life to another woman’s daughter in need of a heart transplant, but their connection goes much further than anyone planned, as grieving mother Allison becomes convinced that the young donee is host to her daughter’s spirit, as well as her heart.

Every cell in the human body holds a person’s complete genetic material. Neuropeptides, the transmitters used by the brain to communicate with the body, exist in all bodily tissue, making cellular memory a possibility, says Google. I type in cellular memory heart transplants and Google returns 707,000 hits. Could transplant or gans hold the donor’s memories? asks one article. This is already too much. Way too much. I get up and stand a moment by the kitchen window. Outside, everything is still the same. Rainwater streams off the branches of the spruce trees, the sky is dark and close, the city in the valley is entirely hidden by fog. My breath catches, I have to bend forward to fully fill my lungs. I stay there, and tears drop off the tip of my nose; I just want to be switched off, to stop, to have one moment away from my restless mind and my cracked heart.

I think of Sindre, out in the forest, clutching his rifle, expert eyes trained on an unsuspecting moose. Hooves moving this way and that in the shrubbery, jaw churning, a froth of berry juice and spittle strung from its mouth, soft eyes blinking in the incandescent morning light, sunlight shredded by the dense trees, only seconds left to live. I turn back toward the computer and bring my thoughts back to the notion of cellular memory. What if memo ries, and the essence of a person, are held not only in the brain, or in the soul, but in every single cell of a body? Would those cells then somehow influence or change their recipient in the event of organ donations? I press my face to the window, the cool pane soothing my flushed cheek, and stare out at the bulbous whiteness concealing Oslo beneath it—somewhere out there is a person who received my daughter’s organs. Could it be that they received more than just a life-giving body part?

Once, my thoughts felt straightforward and were easily discernible from one another. Now I visualize them as hungry worms squirming in a can: ugly, and jumbled together. It’s almost 2:00 A.M. and outside the rain has let up, leaving a spent and starless sky. I’ve been here for hours, fixed to the screen, the seconds of the night slowly bleeding away, drinking wine mixed with vodka and cranberry juice in big gulps.

I’ve read about the woman in New England who began having vivid dreams about a man named Tim L. after her heart transplant. She also experienced intense food cravings for things she’d never liked before, like beer and chicken nuggets, and when she tracked down the donor’s family, they confirmed he was indeed a beer and chicken nugget lover named Tim L. I’ve read about the man who married the widow of his donor and then killed himself in the same way as the donor two years later. I read about the guy who turned into an art prodigy after a heart transplant, apparently thanks to his artist donor. I’ve read about the French actress who reported vivid memories of the car crash in which her heart donor apparently died.

Then there was the little girl whose unexplained memories of a brutal murder were so strong and so detailed they led to the arrest of the man who killed her heart donor. All of these people received someone else’s heart. I consider myself a rational person; I don’t know how I could believe in these things, but then, how could I not? I read and read and read, trying to derive some meaning from all the words, and they swim around in my head, bleeding into each other. This concept is so full of possibilities, I can feel myself coming alive again.

The phone is vibrating in my hand, twitching and bleeping, its insistent electronic tune ringing in my ears. I sit up, disoriented, but as I do the room spins and nausea washes over me, bitter splashes of bile shooting into my mouth. I swallow hard, squint at the bright screen, Sindre’s name flashing. It’s 5:52 A.M., and as I slide the but ton to take the call, I just know it isn’t Sindre’s voice I will hear, but someone else’s, calling from his phone to tell me something has happened to him.

“Yes?” Please, please, not Sindre, too. I see him, in the middle of the night, in the forest, not running now, just hanging still, strung by his neck from a black rope looped around a thick, mossy branch, watched by blinking stars and silent, roaming animals. “Tell me, goddammit!” The man is breathing hard into the phone, and his voice breaks as he speaks.

“Sindre … Sindre has completely lost it.”

From THE HEART KEEPER. Used with the permission of the publisher, Berkley. Copyright © 2019 by Alex Dahl.

Havana to Miami: Crime Fiction Across the Straits of Florida 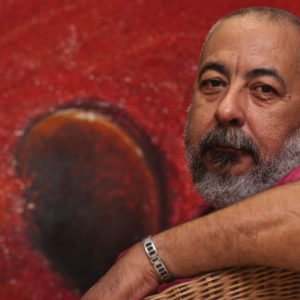 Havana to Miami: Crime Fiction Across the Straits of Florida If you have a passing knowledge of Latin American crime fiction, then you’re familiar with Leonardo Padura, author of the acclaimed...
© LitHub
Back to top