Inside the Soviet Union's Worst Gulag

In Moscow’s Lubyanka Square, across from the prison where the KGB and its predecessors tortured political prisoners and made their loved ones wait in interminable lines for news that often never came, sits the Memorial to Victims of the Totalitarian Regime. It’s a simple structure, just an unshaped block of granite stood on one end atop a low pedestal. Even so, it’s powerful. What resonates is where the granite was quarried, a place called Solovetsky.

I first came across the Solovetsky camp in Anne Applebaum’s excellent and harrowing history of the USSR’s prison system, Gulag. Founded in 1923, after the Bolsheviks had won the Russian Civil War and began to turn their minds to institutionalizing the Red Terror, it took its name from the remote White Sea archipelago on which it lay, where it occupied a 600-year-old-monastery complex the new government had seized from the Orthodox Church. It would be the first camp administered by the Soviet secret police, in what later came to be known as the Gulag system.

The Gulag is always a shocking subject, but Applebaum’s account of Solovetsky was particularly full of details that dropped my jaw. For example: having taken possession of the monks’ cells, the Soviet authorities turned around and interned them in them. It must have seemed convenient, since the monks were already there, and were by definition enemies of the State. A larger consideration may have been that they already knew the best ways to fish for valuable herring and navaga cod in the waters around the islands. In return for delivering their catch faithfully, the brothers were allowed, despite their prisoner status, to maintain certain of their monastic vows and conduct the occasional service. And so from time to time on Solovetsky, while prisoners labored and starved, the Orthodox liturgy was intoned in the background.

Applebaum isn’t the only one to write about the camp, of course. Solzhenitsyn devotes a full chapter of The Gulag Archipelago to it. He’s especially vivid about the terrible state of prisoner’s clothing, which was a special torture in the near-arctic weather. He describes prisoners “dressed in sacks. Just ordinary sacks: the legs stuck out down below as if from under a skirt, and there were holes for head and arms.” Others were more stylish but not much warmer: “suddenly you would see a person walking about among the prisoners in formal tailcoat, and no one was surprised, no one turned around to look at him and laugh. (After all, everyone came wearing what was his own. This poor chap had been arrested in the Metropole Restaurant and so there he was, slogging out his sentence in his tail coat.)”

Article continues after advertisement
the contradictions and paradoxes present on Solovetsky—monks and prisoners, symposia and starvation, sacks and tailcoats—shine a curious light on the rest of the period.

A number of contemporaneous memoirs of the place were published in English by escaped or released prisoners, mostly as a way of sounding the alarm in the West about Bolshevik repression. The memoir I found most compelling, however, didn’t see print until 1997. It was written at the end of his life by Dmitry Likhachev, one of Russia’s most revered scholars, who had been imprisoned on Solovetsky in his early twenties. Likhachev is eloquent on the camp’s cruelty. But what struck me most was how intellectually formative he seemed to have found the experience. A large fraction of those arrested by the new regime were intellectuals or public thinkers. They could hardly help exchanging thoughts and ideas. The camp Likhachev describes has almost the atmosphere of a symposium—at least when the participants aren’t struggling to keep from starving.

Much of the intellectual life Likhachev describes revolved around what was called the “camp museum.” One of Solovetsky’s ironies was that, upon assuming control of the monastery, the Bolshevik secret police found itself in possession of one of the largest hoards of religious treasure in the Russian north, including the monks’ magnificent collection of icons. Surprisingly, most of these were preserved, in a collection administered and maintained by prisoners. Exactly why an officially godless State allowed such an arrangement to remain in place for prisoners it was meant to be punishing is a complicated question; it is probably fair to say that attitudes towards religious heritage and the rehabilitative role of penal institutions were not as monolithically negative among the early Bolsheviks as they would later become in the Communist Party of the Soviet Union. But there’s something fascinating about watching the prisoners take over custodianship of the collection from the monks, as if no one could imagine occupying the monks’ buildings without also occupying their roles.

In a way it makes sense: a monastery is set up to place its inhabitants at a remove from the world, the same way as a prison. When you look at Solovetsky on the map, the camp presents concentric circles of confinement: prisoners were encircled first by the walls of the kremlin, the fortified compound built by the monks; then by the waters of the White Sea surrounding the island; and finally by the borders of Russia. This last wasn’t hypothetical: when a group of prisoners escaped in the winter 1925, they had to make the five-week march to the Finnish border before they could consider themselves truly free.

Such an escape was exceptional. Most prisoners chose to get along as best they could within the camp instead, and some did surprisingly well at it. . While Solovetsky was where the merciless and regimented system employed in the later Gulag was developed, on the island itself that regime was at best imperfectly implemented. The practice of assigning prisoners to perform “cultural” or “intellectual” labor, common on Solovetsky, would have been nearly unheard of in subsequent camps. In addition to the museum, Solovetsky maintained a prisoner-run theater, magazines, and several departments devoted to camp sociology, all of which lucky or skilled prisoners could inveigle their way into in order to get out of harder work or to earn special privileges. Even simple graft was surprisingly effective: stories circulated of a wealthy prisoner, purportedly a Mexican count, who paid 5000 rubles to be allowed to live in the Camp Director’s own home for the duration of his sentence.

For those who weren’t lucky enough to get special treatment,survival required constant rule-breaking. . The standard regime was deadly enough that you couldn’t expect to make it through without arranging to be exempted or working out some scam on the side. Since the work requirements for those in hard labor were so high, while the rations were so low, the only way to make the calorie account balance was to cheat. Prisoners called their strategies for doing so tufta, which translates more or less to “bullshit.” Assigned to cut a certain number of logs, they would instead find old logs and cut the ends off to make them look fresh. Assigned to dig a trench, a group might have a few members work where they could be seen while the others rested out of sight. In a prison designed to allow its inmates to be destroyed, the only way to achieve any degree of safety or comfort was deception.

The place was, in short: horrifying, incredible, fascinating. I was interested in detective stories and how they were written, and I could immediately feel the machinery of one ticking away behind the scenes Applebaum presented. Of course I’m not the first to sense that the genre is well suited to exploring the Soviet Union. Martin Cruz Smith’s first two Arkady Renko novels, Gorky Park and Polar Star, in addition to being classics of mystery plotting, are incisive portraits of late-Soviet life and repression. The Gulag looms large in Tom Rob Smith’s Child 44 and The Secret Speech, while William Ryan’s The Holy Thief paints a vivid picture of Moscow in the 30s, just as the Great Terror was beginning and Gulag operations were expanding away from Solovetsky and towards Siberia. Among Russian-language mysteries, Boris Akunin’s Erast Fandorin books stand out for the way they chart the decadence of Tsarist Russia in the 19th century, along with the rise of discontent that lead to the October Revolution; despite their Imperial setting, it’s impossible not to read them as meditations on Soviet (and indeed contemporary Russian) authoritarianism as well.

Even so, the stories that can be told about Communist Russia will never be exhausted; its ambitions were too great, its crimes too monstrous, its mundanities too mundane and its cruelties too cruel for it to be used up or forgotten as a subject. And the contradictions and paradoxes present on Solovetsky—monks and prisoners, symposia and starvation, sacks and tailcoats—shine a curious light on the rest of the period.

The place and its victims deserve to be remembered. Not only in history, but through fiction as well.

James L. May holds an MFA from Florida International University, along with a BA in English from Cornell. He grew up in New Jersey, lived in New Orleans, and now resides in New York City. His short fiction has appeared in Tigertail, and he reviews fiction for The Florida Book Review, Gulf Stream Literary Magazine, and the New Orleans Review. His debut mystery, The Body Outside the Kremlin, is now available from Delphinium Books. 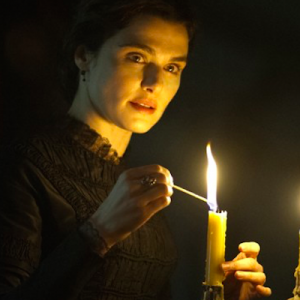 Ah, the Gothic novel. There is no other genre that revels so in its tropes. The naïve young waif, the misted moors, the careening...
© LitHub
Back to top