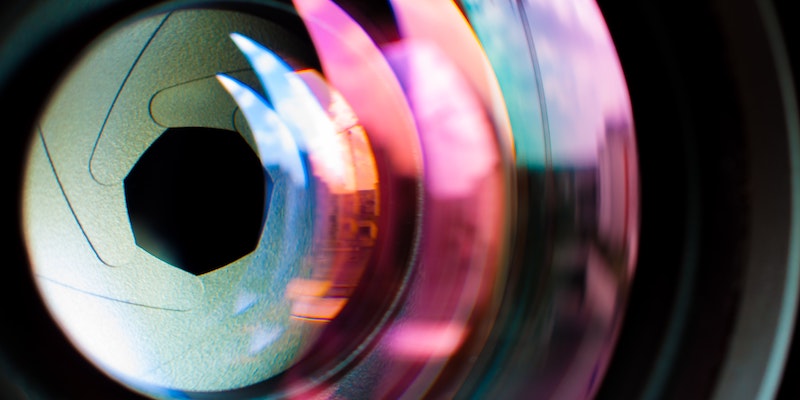 Self-policing when you don't know if someone's watching isn't new. But the diffuse nature of modern internet surveillance is.

I’ve heard musty advice about including the internet in books again and again: don’t do it. It’s always from a certain kind of writer and age has nothing to do with it; the kind of writer that imagines a purity of craft that I don’t believe exists, combined with a personality that romanticizes being a luddite because they have better, more elevated, things to accomplish. These folks have a lot to say to me because I write a ton about computers, games, and digital community. They warn that it will date my book (all books are dated). They exclaim, also, that it will create too many plot holes—how will the characters still have problems that they cannot solve if they have YouTube to look everything up, their whole community at their fingertips to call upon for help? And how will there be tension when someone can’t get lost? The short answer is: same way there are still problems in our lives, same way we get lost now, same way that we still cannot know everything despite our pocket-connection to all of humanity’s collective brain. The internet creates just as many problems as it solves.

But there is a point to considering, I think, the problem of creating suspense when everything can be known. The existence of computers in our world has vastly expanded not just an institutional capability to surveil, but an individual or set of individuals capacity to do so as well. We Are Watching Eliza Bright, my first novel, follows a group of gameplay programmers as one of them experiences an incident of sexism that, when she reports it, escalates into a life-ruining shit-storm. But it’s not narrated by any of those developers. It’s narrated by dueling collective narrators who watch the protagonists and think about them incessantly, obsessively. The first narrator is a collective of Reddit gamers, incels, and Men’s Rights Activists; the second narrator is a queer art commune that lives in a warehouse in Queens. They have vastly different viewpoints and voices, but combined they use a mélange of surveillance tactics across digital and physical space, as well as their imaginations to construct the private lives and internal thoughts of Eliza and her friends. When everyone is watching Eliza Bright, when someone (theoretically) has eyes on her at all times, how can the story build tension? Shouldn’t the reader know everything?

When I teach digital storytelling, the basis of my theorizing is that the concepts of the internet aren’t new, they’re just faster and bigger. When I teach memes (yes, I teach memes), I teach them with Susan Sontag’s Notes On Camp; when I teach social media, we talk about public forums of yore and ways people have always gathered and conversed. And when it comes to surveillance, yes, we are able do a lot more of it. But the human impulse to watch and punish others isn’t recent. So when I think about how to create suspense in such a novel, I turn to the panopticon.

The word “panopticon” has been used to describe the internet before. A lot. But it’s worth it to know how the word actually started—the panopticon is a building, an architectural structure, conceptualized by Jeremey Benthem (though I’ve found at least one article that says it was actually his brother’s idea and it was popularized by Jeremy Benthem in an act that straddles inspiration and idea-theft). The building is meant to be a prison in which one guard sits in a central tower, surrounded in a circle by cells containing prisoners. The cells are backlit such that the guard in the tower is able to see each of the inmates, but none of the inmates are able to see the guard. That way, they can’t tell where he’s looking, if he’s looking. The subjects, therefore, police themselves for fear of retribution.

In We Are Watching Eliza Bright, the Reddit-narrators fancy themselves the guard in the tower, with this particular set of gameplay programmers (and their girlfriends, roommates, cousins, moms) as the inmates. And in the internal world of the book, that makes sense. The protagonists, once they understand they’re being watched, self-police in case they are being watched at all times. They take care of most of their punishments all by themselves. But note that for a system to truly be panoptic, it not only has to be asymmetrical and punitive, it also must be centralized. The point of the Reddit narrators, the reason they’re so scary, is that they’re everywhere. Diffuse and unpredictable. An overwhelming plurality of bad actors. And also note that this world is fake. I made it up. Which means I can extend the metaphor as far as I want, beyond the book’s very pages.

The reader is the guard in the tower. The narrators are the inmates. They are aware they are being watched and they perform thusly. They self-monitor and agonize; they grab at scraps of power (and in this system, power is surveillance, information). And the reader only has one set of eyes. That’s the thing about the panopticon—the guard actually can’t be watching everyone at once. Depending on where the reader’s head is turned, which cell they’re inspecting, that’s why the reader can’t know it all, even when it’s possible for all to be known.

There are so many different kinds of suspense. A tension of plot—what happens next?—sure, but in this case, a tension of morals. Because if you, dear reader, are the guard in the tower, what does that say about your own stance on privacy? Punishment? Para-social relationships? Your complicity with the narrators? Yes, it’s fiction, and yes the consequences of the story-world are imaginary, and yes you’re supposed to read books because that is what we do with books. But even though all that is true, the fact remains:

You, dear reader, are watching Eliza Bright, too. 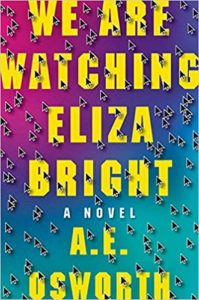 A. E. Osworth is part-time Faculty at The New School, where they teach undergraduates the art of digital storytelling. Their novel, We Are Watching Eliza Bright, about a game developer dealing with harassment (and narrated collectively by a fictional subreddit), is forthcoming from Grand Central Publishing (April 2021) and is available for pre-order now. They have an eight-year freelancing career and you can find their work on Autostraddle, Guernica, Quartz, Electric Lit, Paper Darts, Mashable, and drDoctor, among others. 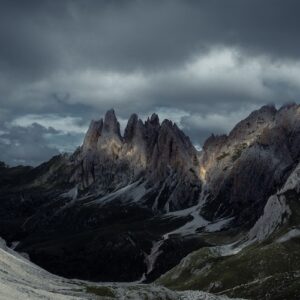 There are few places in the world that inspire awe and terror like the Alps. With peaks that top 4000 meters and immense...
© LitHub
Back to top