Amateur sleuths are everywhere online, and sometimes they're altering the course of investigations.

Crime investigation is a daunting process. It involves numerous hours of tedious and meticulous gathering and analyzing of physical and trace (forensic) evidence, searching for and interviewing witnesses, as well as figuring out the motive, and, in some cases, the mod us operandi. After and only after the evidence is conclusively verified would the offender be tracked down and arrested. Circa 1990, before the World Wide Web (www) was made a public domain and became an integral part of our everyday life, crime was viewed as a tripartite affair. An affair confined between the victim and family, the perpetrator and accomplices and the investigator (police). Some may say, the mainstream media—radio, television and print—is also a party, the fourth party but their role was more reporting what was fed to them by the police. In a way, it could be said that a crime investigation was the concern of the police and the police alone.

Initially the internet was a Godsend to crime investigators. A powerful tool for them to search, communicate and share information between agencies, states, even countries—information at their fingertips. However, with the internet came the smartphone and free applications such as Facebook, Twitter, Youtube and many more. The old adage that crime was the concern of the police and the police alone was no more true. Crime reporting was now open to the general public.

In a recent incident in Malaysia, a Chief Minister was spotted by a passerby test-driving a car, an activity that should have been forbidden during our Covid-19 lockdown. The witness uploaded a video on social media, causing public outcry and forcing the police to investigate it as an offense. This is just one example of how irresponsible conduct can be investigated through civilian action.

At the same time, the internet offered offenders a new avenue, a virtual playground. Criminals shifted their activities from the streets to cyberspace. Physical traditional crimes such as identity theft, bank fraud, and scams took on new and more sophisticated digital forms as cybercrime. The internet that was initially looked upon as a powerful crime-fighting tool for the police turned into a nightmare for investigators. Predators were able to remain ‘ghosts’ in the virtual world, to erase their tracks, and disappear into thin air by a press of a button.

These new challenges were expected by enforcement agencies. In response they set up Anti-Cybercrime units staffed with IT experts, equipped with state-of-the-art hardware and software. Primarily, cybercrimes are investigated in cyberspace, where evidence is collected, forensically analyzed, and the offender identified. From about the year 2000, cybercrimes grew in volume, but it cannot be said to have complicated crime, since it merely took on new forms.

There is, however, another aspect of the internet—its ability to affect both investigations and public perception.

The internet opened the floodgate to Internet criminologists, psychologists, investigators, conspiracy theorists, forensic scientists, activists and what not: Netizens with smartphones and lots of time on their hands. When a crime goes viral, they post comments, upload visuals, and speculate. These include conspiracy theories, personal accusations, info-dumping and doxxing, convoluting the investigation. The police do to some extent use social media to gather information on the victim and events that led to the crime. However, when internet detectives start posting accusations, theories, false leads, and uninformed suggestions, things do get chaotic and may even mislead investigators.

However, when internet detectives start posting accusations, theories, false leads, and uninformed suggestions, things do get chaotic and may even mislead investigators.

Most netizens tend to believe what they read on social media. They distrust the mainstream media which is said to be controlled by the government or those pro-government. Take an unresolved Malaysian case as an example—there has been a missing Anglican pastor since 2017. After his disappearance, social media was bombarded with endless speculations, conspiracy theories, and info-dumping. A video of the supposed abduction was posted on social media which further aggravated an already inflamed crime investigation. Racial and religious sentiments were played to the hilt. In one public statement, an activist organization accused the police of being responsible for the disappearance. To-date the case is unsolved. Tremendous pressure is placed on the shoulders of investigators should they ignore comments and leads on social media. They have to check out every lead and waste valuable limited resources and man-hours.

Negative publicity can complicate crime investigation. In my novel UTube: Inspector Mislan and the Emancipatist Conspiracy, the two investigators were affected by this. With the negative publicity came pressure from above: the politicians, activists and the public. Pressure they didn’t need. Pressure that questioned their every decision and move; the pressure to wrap up the case without airtight evidence.

Through social media, netizens would knowingly or unknowingly release vital information like names and recovered items which investigator would like to keep confidential until the time to reveal them. Netizens are not concerned about the victim’s family or the grief and trauma they were going through. When netizens reveal names as suspects, they are subjecting the individuals to embarrassment or the risk of retaliation. The named individuals could well be innocent. Netizens don’t care; all they care about is to showoff that they knew more than what was posted or commented by others.

Where does one draw the line between freedom of speech and the risk of complicating an urgent criminal investigation?

Coming back to the question—does the internet complicate crime? Philosophically, it can be said the internet merely quickens, exaggerates and amplifies what already happened during the days of traditional media anyway. Now, depending on the notoriety of a crime, it can feel like the whole world is watching, speculating and seeking quick answers—and although I think this can hinder more than help, it seems like a facet of public life that is here to stay. 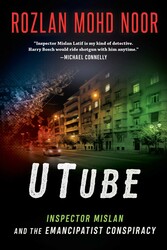 Rozlan Mohd Noor served for eleven years as a crime investigator in the CID of the Royal Malaysia Police and a court prosecutor before joining the private sector. 21 Immortals, his first Inspector Mislan novel, was shortlisted for the Commonwealth Writer's Best First Book Award and longlisted for the International DUBLIN Literary Award. He has published four more Inspector Mislan novels. He currently resides in Thailand.

Carolyn Ferrell on Church, Belonging, and Holding onto Humanity in the Face of Erasure 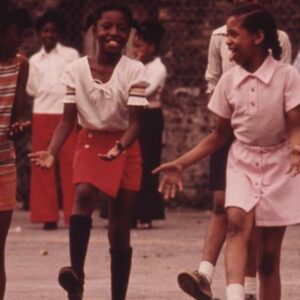 Carolyn Ferrell on Church, Belonging, and Holding onto Humanity in the Face of Erasure

When I was in high school, a friend invited me for Sunday services at the church where her father was pastor. There was much...
© LitHub
Back to top