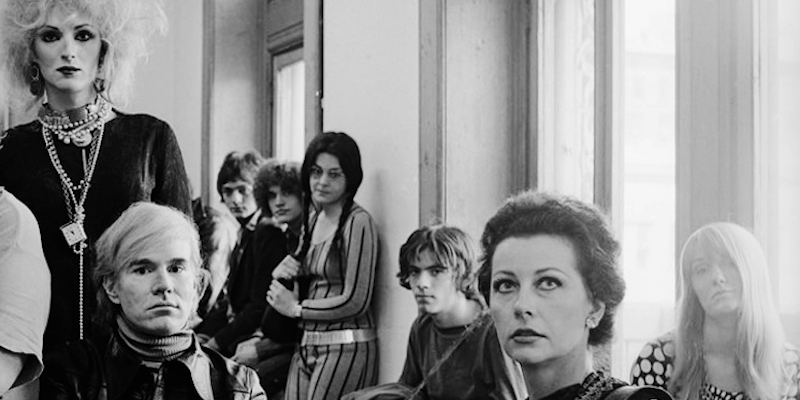 I needed authenticity in my historical novel. So I filled it to the brim with the artists and iconoclasts of the 1960s New York art scene.

The art world is so full of colorful characters (pun intended) that I had no trouble finding real people to populate my fictional Art of Murder mystery series, all three of which are set in New York City’s bohemian milieu and its eastern Long Island outpost, the Hamptons. From the European exiles during World War II to Andy Warhol’s entourage in the Swingin’ Sixties, they don’t come any more outrageous. Their iconoclasm, supersized egos, and sexual high jinx made them perfect personalities around which to build imaginary narratives. An Exquisite Corpse features André Breton, the so-called Pope of Surrealism, his gorgeous wife Jacqueline Lamba, her American lover, artist David Hare, eccentric art collector Peggy Guggenheim and their cohorts. Guggenheim’s protégé Jackson Pollock, his wife Lee Krasner, and his lover Ruth Kligman are the stars of An Accidental Corpse, which also includes actual members of their abstract expressionist circle.

High on the flamboyant figure list is Thomas Hart Benton, the focus of An Artful Corpse. Benton was the outspoken and articulate leader of the Regionalist school of painting that dominated American art in the nineteen thirties. The guy was only five foot three, but he came on like a giant, so he was a natural as a protagonist, as well as an irresistible target. I had read his two memoirs, An Artist in America (1937) and An American in Art (1969), as well as a couple of biographies, which cemented his reputation as a professional curmudgeon.

He really did dress like a hillbilly, though he came from a distinguished Missouri political clan. He drank prodigiously, swore proficiently, and cultivated acolytes, including Charles Pollock and his brother, Jackson. When they were his followers at the Art Students League of New York, on West 57th Street in Manhattan, he was the nation’s most famous artist, the first to have his face—a self-portrait, of course—on the cover of Time magazine.

Benton’s tenure at the League, where he reigned as the school’s kingpin for a decade from 1926 to 1935, coincided with his widely publicized efforts to debunk European modernism and promote representational art with homegrown themes. His populism had many fans, but his diatribes against Cézanne and his ilk, museums in general, and the art-world elite in particular provoked backlash in the art press and prompted his detractors to heap scorn on his murals for the New School for Social Research (1930-31) and the Whitney Museum of American Art (1932).

In spite of the Whitney’s earlier support and its longstanding commitment to so-called realism—not to mention its apple-pie name—it didn’t honor the patron sinner of American art with a career survey (a traveling exhibition organized by another museum) until 1989, fourteen years after his death. By moving that show to 1967, I placed Benton at the center of anti-Vietnam War turbulence and the flourishing Pop art scene—two volatile situations that were perfect for throwing Benton into the mix. Heat up his recipe for belligerent bombast, stir in a generous helping of homophobia, and motives to silence his potty mouth multiply.

Several real people are on the suspects list.  Benton actually had a run-in with his old friend, the philosopher and outspoken Vietnam War critic Lewis Mumford, whom he nearly decked at an American Academy meeting. He was not responsible for censoring a mural by the Russian-born painter Raymond Breinin, who taught at the League in the nineteen sixties, but by coincidence he could have been, which fortuitously gave me a reason for revenge. Nor did he ever cross paths with Valerie Solanas, the deranged founder of the Society for Cutting Up Men (SCUM), who shot Andy Warhol shortly after my story takes place. Yet her presence on the periphery of Warhol’s circle was tailor made for casting suspicion in that direction.

Warhol and his sidekicks play key roles in the action, which takes us inside the original Factory on East 47th Street, the silver-lined workshop where sex, drugs, and rock ’n’ roll were the daily bill of fare. Speaking of colorful characters, Warhol’s “Superstars,” especially Candy Darling (born James Lawrence Slattery), provided me with plenty of lively background. Although their encounter never took place, Candy was dandy as a flamboyant provocateur of Benton’s wrath, spurred by her taunting, but broadly aimed at Pop art as a perversion of his jingoistic populism. It’s fun to imagine what Benton would have made of The Factory, where Warhol’s minions churned out his silkscreens, did speed and smack, and made “art” films like Blow Job and My Hustler.

We also get an intimate look at Max’s Kansas City on Park Avenue South, the notorious art-crowd hangout that uber-beatnik William S. Burrows declared to be “at the intersection of everything” in the sixties. Known to the dismissive regulars as Wendy Airhole, Warhol held court in the back room, entered by gingerly avoiding the sharp edges of John Chamberlain’s crushed-car sculpture, Miss Lucy Pink, hanging in the corridor. Once inside, the X-rated shenanigans were illuminated by the lurid red glow of Dan Flavin’s fluorescent light installation. Time is also spent at The Bitter End, the legendary Bleecker Street folk and rock club, where my college roommate and I regularly performed and upstarts like Woody Allen, Richard Pryor, and Bill Cosby honed their comedy chops. Throw in visits to the War Resisters League off Union Square and the Greenwich Village Peace Center and you get a kaleidoscopic picture of the downtown cultural scene.

Among the uptown locales, the Art Students League is a leading player in its own right. Founded in 1875 by rebels from the National Academy, it flourishes to this day as an independent, open admission school, with atelier style instruction by practicing artists. As one of its long-ago alumnae, I have fond memories of its studios, redolent with the odor of turpentine, and its cafeteria, where, back in my day, you paid a penny for a cone-shaped paper drinking cup. The cup dispenser is history, and there’s now a reception desk in the main entrance hall, but otherwise the place is remarkably intact, right down to the marking tape on the model stands.

Populating actual locations with real people—as I’ve done in all three books—allows me to create an atmosphere of authenticity. I hope that readers enjoy separating fact from fiction as much as I enjoyed weaving them together. 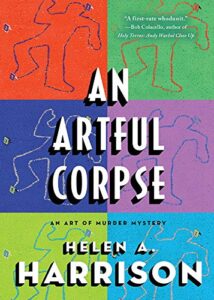 Helen A. Harrison, a former art reviewer and feature writer for The New York Times and visual arts commentator for National Public Radio, is the director of the Pollock-Krasner House and Study Center in East Hampton, New York, and an authority on 20th century American art. A native of New York City with a bachelor's degree in studio art from Adelphi University, she also attended the Art Students League, the Brooklyn Museum Art School and Hornsey College of Art in London before receiving a master's degree in art history from Case Western Reserve University. Among her many publications are exhibition catalogs, essays, book chapters, reviews and articles, and several non-fiction books, including Hamptons Bohemia: Two Centuries of Artists and Writers on the Beach, co-authored with Constance Ayers Denne, and monographs on Larry Rivers and Jackson Pollock. She and her husband, the artist Roy Nicholson, live in Sag Harbor, New York. www.helenharrison.net. 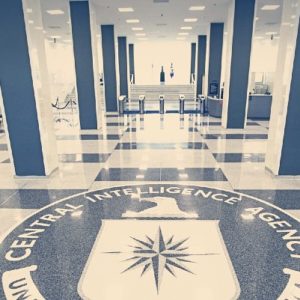 It’s a perennial question: do spies write the best spy novels? It’s the business of secrets, after all; you can’t help...
© LitHub
Back to top