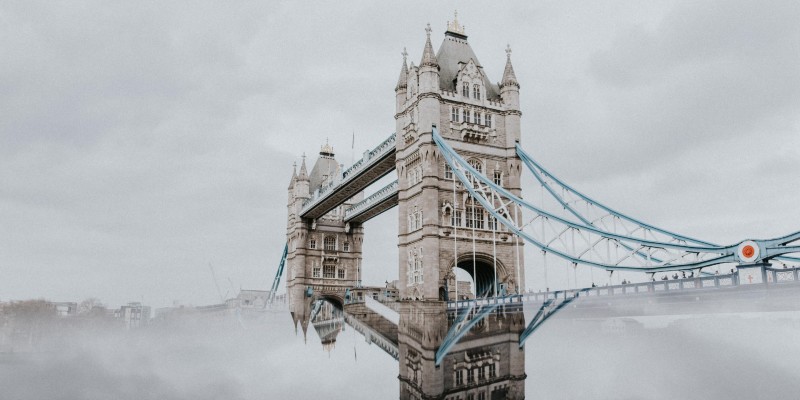 The Magic of London

London has always been a special setting for crime novels. Its appeal is always evolving.

In 43 AD, the Romans founded the settlement of Londinium. In 61 AD it was stormed by Iceni Queen Boudica and burnt to the ground but, by 100 AD, Londinium had superseded Colchester to become the capital of the Roman province of Britannia. Roman London had a population of around 60,000, nowadays the city is home to almost nine million people.

Given London’s rich history, it’s not surprising that the metropolis has been the setting for many classic novels. Think of Sherlock Holmes: Baker Street, hansom cabs, Big Ben looming out of swirling fog. Holmes’ creator, Arthur Conan Doyle, was from Edinburgh but he knew there could only be one address for his sleuth. Charles Dickens described the city as a ‘magic lantern’ and, in a letter to John Forster dated 1846, said ‘a day in London sets me up and starts me.’ Most of Dickens’ books include scenes in the capital. Barnaby Rudge alone mentions 105 different locations. A Tale of Two Cities starts with a stagecoach labouring up Shooter’s Hill. Fagin’s den in Oliver Twist nestles in the streets around Saffron Hill. Little Dorrit features a nearby square known as Bleeding Heart Yard.

When I set out to write my third stand-alone novel, I knew that I wanted to set it in London, where I was born and lived until my family moved to Brighton when I was five. The pull of the capital remained strong though and I was determined to go to university there. I read English at King’s College, wonderfully situated on The Strand, and, during my twenties, lived in Dulwich, Peckham, Brixton, Clapham and Streatham. I worked at Mayfair Library, in the heart of embassy-land, and, later, at HarperCollins Publishers, first in Green Park and then in its new Hammersmith offices.

It was my HarperCollins colleagues who first introduced me to Bleeding Heart Yard when the restaurant there was the venue for our annual reunion. The cobbled square is disappointingly cheerful in daylight but you can see the older structure beneath the modern buildings, the nineteenth century chimneys and hoists, the palimpsest of old pub signs. We joked that the name would make the perfect title for a crime novel. When I googled the area’s history, I found that it had apparently been the site of a real-life murder. In 1626, a society beauty called Lady Elizabeth Hatton met a mysterious stranger at a ball. They danced the night away and, in the morning, Elizabeth’s body was found in the courtyard, her still-beating heart beside it.

This gruesome scene was immortalised in the The Ingoldsby Legends by RH Barham (1837):

No traces have ever been found to this day,
Or the terrible dancer who whisk’d her away;
But out in the court-yard — and just in that part

Where the pump stands — lay bleeding a LARGE HUMAN HEART!

Some claim that it was the Spanish Ambassador who killed Lady Elizabeth, others that her dance partner was none other than the devil himself. I knew that I had to include this legend in my book.

I mined my family history further. DI Harbinder Kaur rents a flat in Barlby Road, where my grandparents lived after emigrating from Italy in the 1920s. Hammersmith also features, as does South London. Margravine Cemetery (like Dickens, I do love a graveyard) is where I used to eat my sandwiches whilst working at HarperCollins. Bleeding Heart Yard itself is near the so-called Italian Quarter, the setting for my very first published novel (written under my real name, Domenica de Rosa).

Harbinder’s Danish flatmate says, ‘I love these strange London place names: Crutched Friars, Shoulder of the Mutton Alley, Savage Gardens’. Dickens obviously loved them too. Bill Sykes falls to his death into the now subterranean River Neckinger, Martin Chuzzlewit’s offices are in Austin Friars (named after an old Augustinian monastery), Pickwick and Sam Weller have rooms at the George and Vulture Inn and Threadneedle Street features in Nicholas Nickleby.

Contemporary London has also been the inspiration behind many memorable crime novels. Christopher Fowler’s wonderful detectives Bryant and May span the years from the Second World War to the present day. In his Rivers of London series, Ben Aaronovitch delves below the city into legend and fantasy. Husband and wife writing team Nicci French also  explore London’s secret rivers (like the Fleet which now only exists in place names like Fleet Street) in their Freda Klein books. Lesley Thomson makes West London spine-chillingly atmospheric in The Detective’s Daughter, the first novel to feature cleaner/sleuth Stella Darnell. A K Turner, herself a London guide, introduces us to the Camden of mortuary-attendant Cassie Raven. East London is the setting for Ajay Chowdhury’s debut, The Waiter, featuring disgraced detective Kamil Rahman.

Place matters. London is a wonderfully diverse city and it’s good to see that beginning to be reflected in crime fiction. Writer and lawyer Nadine Matheson sets her novels south of the river and says:  ‘As a Black woman, who was born to Grenadian parents in Greenwich Hospital and who grew up and still lives in South East London, representation is important. But representation and that strong sense of identity doesn’t stop and start with ethnicity or gender it also extends to where you live. Seeing yourself and the environment that shaped you in the pages of a book reinforces the belief that you actually matter, that you have something to contribute, and you want to see the streets that shaped you, to be acknowledged in some way.”

Having lived in South London for ten years, the area does feature in my books. Ruth Galloway, the protagonist of my archaeology series, is from Eltham and this possibly inspired her love of history. Henry VIII grew up in Eltham Palace, a fact that is hard to reconcile with the building’s current Art Deco appearance. But that’s the thing about London. There are layers upon layers. Tudor London lies below Victorian London and below that is the Roman city, perched on top of Bronze Age remains. In 2015, a massive railway construction called Crossrail started in Central London. The excavations unearthed, amongst other things: the skeletons of plague victims from the 14th century, medieval ice-skates and the jawbone of a woolly mammoth.

Bleeding Heart Yard contains echoes of the past, the ghost London beneath our feet. But, one day, I’d like to dig deeper. 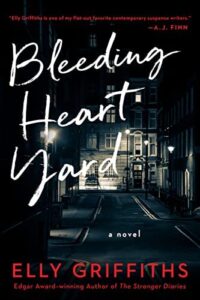 The Truth About Snitching 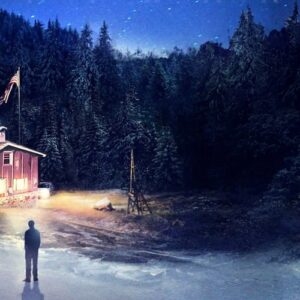 Another week, another batch of books for your TBR pile. Happy reading, folks. * Anthony Horowitz, The Twist of a Knife...
© LitHub
Back to top