The Many Mysteries of Oxford

We might as well start with Inspector Morse as, frankly, there’s no getting away from him when discussing Oxford. First there was Inspector Morse—33 TV episodes starring John Thaw aired between 1987 and 2000. Sadly, Thaw died, but Sunday winter evening TV remained dominated by bucolic (and only occasionally bloody) scenes of a sunny Oxford as his former assistant Sergeant Robbie Lewis was promoted and got his own series. Thirty-three episodes of Lewis followed. Still it seemed the UK had not had enough Morse and so now we have the prequel, Endeavour (Morse’s rarely uttered first name), tracing his early career in 1960s Oxford. Endeavour has proved equally popular, it’s now reached 1969 and is in its sixth series, with 24 episodes aired and looking likely to exceed the 33 of Inspector Morse or Lewis. Britain, and pretty much anywhere in the world where the program has been bought, simply cannot get enough Morse.

Morse was originally the creation of Colin Dexter, a graduate of Cambridge University oddly enough (and the only non-Oxford graduate among all the authors featured in this Crime and the City). The first Morse novel, Last Bus to Woodstock (that being Woodstock the sleepy market town just outside Oxford and not the one known for its rock concert) was published in 1975. Morse appears pretty much fully formed—enjoying a warm pint of real ale, doing The Times crossword, listening to Wagner on vinyl. Twelve other Morse mysteries followed, finishing with The Remorseful Day (1999), as well as a collection of short stories, Morse’s Greatest Mystery (1993) mostly, but not all featuring Morse. Before he died in 2017, Dexter continued to be involved with the ever-expanding Morse franchise acting as an adviser on both Lewis and Endeavour while also solving The Times cryptic crossword every day.

But Oxford can’t all be Morse; though sometimes it does feel that all Oxford crime is university-related….

No discussion of Oxford and crime writing would be complete without noting the plethora of British crime writers of the Golden Age that used Oxford as a setting, invariably because they’d studied there and knew the city.

John Cecil (JC) Masterman (Worcester College, Oxford), wrote two Oxford mysteries—An Oxford Tragedy (1933) and The Case of the Four Friends (1957). An Oxford Tragedy starts with the murder of a don and then the investigation of the killing by a visiting Viennese lawyer Ernst Brendel. The novel is written from the point of view of an Oxford don named Francis Wheatley Winn, who acts as Watson to Brendel’s Holmes. It took Masterman 24 years to write his next book, The Case of the Four Friends, which also features Ernst Brendel. However, there’s a good reason Masterman didn’t get round to his second novel for a quarter of a century: He was for many years Vice-Chancellor of Oxford University as well as, during World War Two, chairman of the Twenty Committee, which ran the Double-Cross System controlling German double agents in Britain so successfully that the Nazis never knew that all of their agents had been compromised by British Intelligence soon after landing.

Michael Innes was the pseudonym of Edinburgh-born, but Oxford-educated (Oriel College, for the record), Professor John Innes Mackintosh Stewart. Among academics Stewart had a reputation as a most learned literary critic, while enjoying bestselling sales as a novelist under the name Michael Innes. Many academics had no idea of Stewart’s moonlighting occupation as a crime writer, while his paperback fans had no idea he was actually a professor (first at Leeds University in England and then at the University of Adelaide in South Australia). As Innes he published fifty crime novels and short story collections, including the Oxford-set Death at the President’s Lodging (1937). Innes’s hero is Inspector Appleby of Scotland Yard, who later rises to become the Commissioner of London’s Metropolitan Police.

Edmund Crispin was the pseudonym of Robert Bruce Montgomery (St. John’s College, Oxford) who wrote nine detective novels and two collections of short stories featuring the slightly eccentric Oxford don Gervase Fen, Professor of English at (the fictional) St. Christopher’s College (which bears more than a passing resemblance to St John’s). The books are complex whodunits, often with locked room mysteries, and break the usual convention of the fourth wall with have Gervase Fen often directly addressing the reader. The best known of Crispin’s Oxford novels is The Moving Toyshop (1946) where a visiting poet (based on Crispin’s own Oxford contemporary at St. John’s, the English poet Philip Larkin) discovers a dead body in a toyshop before being knocked out and waking up the next morning to find the body gone and the toyshop now a greengrocers. It does have a lot of insider Oxford jokes but years of undergraduate study there is not required to enjoy the novel, which PD James (herself Oxford born) described as one of her top five crime novels.

And finally, one of the true legends of the Golden Age, Dorothy L. Sayers (Somerville College, Oxford). Her Gaudy Night (1935) features her popular characters Lord Peter Wimsey and Harriet Vane. Poisoned pen messages, anonymous graffiti, and accusations of murder rather spoil the atmosphere at the all-female Shrewsbury College (a thinly-veiled portrait of Somerville) on gaudy night, a night of traditional merry making at the college. Suspects include disgraced academics and potentially murderous college “scouts” (Oxford University-ese for housekeepers). The book is much loved by Sayers fans as the novel ends with Lord Peter Wimsey proposing marriage to Harriet Vane and her saying “Yes”.

Colin Dexter, by far the most successful Oxford crime writer, proves that you don’t have to go to Oxford University to write a decent crime novel about the place, but it would seem to be a good idea! 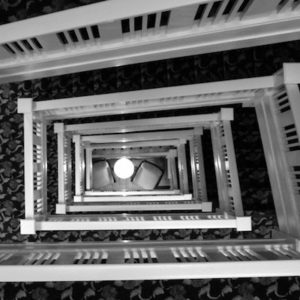 At the heart of every great thriller is an unforgettable climax. This pinnacle moment in a thriller is what defines the genre....
© LitHub
Back to top