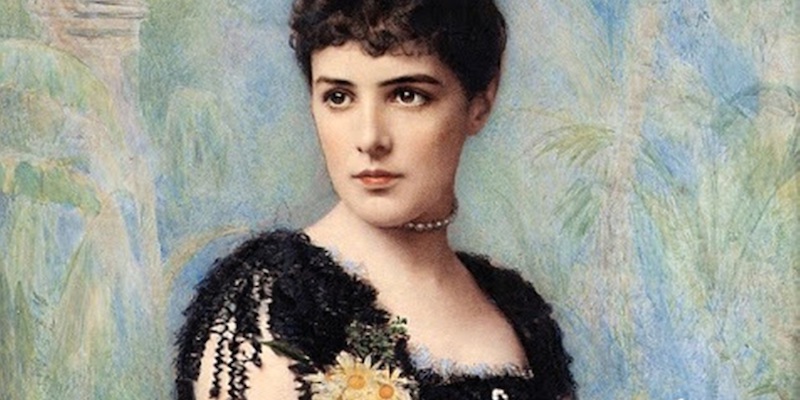 The Million Dollar Princess and the Murder Mystery

“WANTED: American Heiress to marry entitled British nobleman who gambles on cards and horses, eats at his club in London, and expects prompt begetting of heirs. In exchange, the successful candidate will be given a title, a drafty country estate with no running hot water or electricity, and a social circle that either resents, belittles or ignores her.”

Who would answer such an advertisement? No one. The matches between American heiresses and British noblemen were more subtly procured. However, the reality behind such a “Want Ad” was not far from the truth. The arranging of such marriages was a distinct chapter in the history of Anglo-American relations, marked by the potential of vast fortunes, cheating husbands, conniving social climbers, and society’s almost morbid interest in the exotic and irreverent. From the latter half of the 19th century to the early part of the 20th, the women who said “yes” to this proposal were referred to as “Million Dollar Princesses.”

In an era when detectives solved mysteries without the aid of modern forensics, this episode in history is a choice background for a historical mystery writer to set a murder. It was fraught with conflicts over power and money, culture clashes, infidelity, jealousy, grudges and resentment.

This episode in history is a choice background for a historical mystery writer to set a murder. It was fraught with conflicts over power and money, culture clashes, infidelity, jealousy, grudges and resentment.

During England’s long history as an agricultural society, the British aristocracy derived sufficient income from rents collected from tenant farmers to maintain their great country estates in splendor. By the onset of the Industrial Revolution, revenue from the land had dwindled. With the true distinction between classes being that true gentlemen did not work; aristocratic families had no other way to infuse the family coffers other than through marriage. On the other side of the Atlantic, the problem wasn’t one of money, but of social standing. For much of the late 19th century, an exclusive social elite arose, headed and selected by Mrs. Caroline Astor of New York. This emerging elite barred entry to the growing number of millionaire industrialists clamoring for improved social status.

Between 1869 and 1911, wealthy American families, denied the social recognition they craved, crossed the Atlantic. Once there, they found a very different reception waiting for them in London. British noblemen and their parents, desperate to stay financially soluble, eagerly courted these daughters of bankers, industrialists and railroad barons with invitations to balls, dinner parties, and outings to the theater. Charmed and delighted by the attention, the Americans reciprocated in kind: visits were exchanged, and engagements were announced. Over a hundred of these women, including a Colgate, Gould, Jerome, Vanderbilt, and Whitney, exchanged dollars for titles, leaving an indelible mark on the British aristocracy. Nancy Langhorne Astor of Virginia was the first woman (British or otherwise) to sit as a Member of Parliament. Jennie Jerome Spencer-Churchill of New York was Winston Churchill’s mother. Francis Work Burke Roche of Ohio was Prince William’s (the future king of England) great-great-grandmother. Even the television series Downton Abbey, was in part, inspired by these pioneering American women.

Between 1869 and 1911, wealthy American families, denied the social recognition they craved, crossed the Atlantic.

But these unlikely alliances, often born out of desperation, did not always bode well for the principals involved. American families succeeded in procuring invitations to Mrs. Astor’s balls. The roofs of the sprawling country estates received much-needed repairs. But the men and women who were partnered together had to live with the consequences.

Consequences which provide much fodder for the writer’s mystery plot. As with many marriages throughout history where the couple was matched based solely on increasing familial power or money, infidelity was common. This was particularly true during the Edwardian era when having a discrete affair was elevated to “pastime” status. A blind eye was given to married women as well as men, once they’d produced an heir. But not everyone was happy about it.

Like infidelity, resentment and despair undercut many ill-conceived alliances, doing little to alleviate the tensions when expectations didn’t match reality. One spectacular example of this was that of Consuelo Vanderbilt and the 9th Duke of Marlborough. Consuelo, in love with another (Winthrop Rutherfurd), refused her mother Alva Vanderbilt’s demands that she marry Charles Spencer-Churchill. Alva tried everything to convince her daughter to marry him, including cajoling, demanding, and even threatening to have Mr. Rutherfurd killed. It was only after Alva claimed to be in deteriorating health, citing Consuelo’s obstinacy as the cause, did Consuelo finally relent. But she did so unwillingly. During the couple’s wedding in 1895, Consuelo is reported to have been heard weeping. She once wrote in her memoir, The Glitter and the Gold that “From my window, I overlooked a pond in which a former butler had drowned himself. As one gloomy day succeeded another, I began to feel deep sympathy for him.” Luckily no one suffered from a sudden tragic end as one might in a murder mystery—the couple divorced in 1906.

Article continues after advertisement
Simmering grudges arose from the competition between British and American heiresses for the finite number of titled peers and their heirs.

Simmering grudges arose from the competition between British and American heiresses for the finite number of titled peers and their heirs. American women, raised with more freedom than English ladies, were often livelier and more exotic than their British counterparts. They also sometimes laid claim to larger fortunes. Thus, either because of their easy-going-attitudes, or their money, or both, American heiresses were at times chosen over native ones. Some noblemen married multiple American heiresses. More than one father and son of the same family both chose American brides. Not everyone was amused.

Inevitably, cultures clashed. While the British found the very presence of an heiress at their table to be an affront, the American woman soon tired of having to defend herself and American cultural traditions to their English family. Price Collier, in his England and the English from an American Point of View (1909), describing the type of misconceptions the “Million Dollar Princess” faced, wrote that there are “people in provincial English towns that look upon the American as half horse, half alligator, with a dash of earthquake.” And as the aristocratic family balked at the heiress’ attempts to chitchat or make household changes, she soon tired of the highly-regimented, inflexible routine set for both family and staff. It was so unlike the chaotic, loud, spontaneous comings and goings of her American family life.

The American heiress was, as Gail MacColl and Carol McD. Wallace wrote in To Marry an English Lord (2012), “surrounded by resentful dowagers, narrow-minded neighbors, haughty servants, soft-headed sisters-in-law and forbidding, unbending patriarchs. She was in a house that was too big, too old, and most of all, too, too cold. Things looked grim. She had had no idea that civilization could be so uncivilized.” Unfortunate for the “Million Dollar Princess” certainly, but what better circumstances could a historical mystery writer ask for?

Clara McKenna has a B.A. in Biology from Wells College and a M.L.I.S in Library and Information Studies from McGill University. She is the founding member of Sleuths in Time, a cooperative group of historical mystery writers who encourage and promote each other’s work. She is also a member of Mystery Writers of America and Sisters in Crime. Her latest book, Murder at Morrington Hall, is now available from Kensington Books. 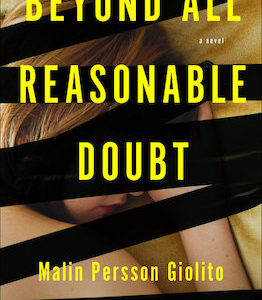 Katrin 1998 It was just past six in the morning. The crime-scene investigation would go on for another couple of hours,...
© LitHub
Back to top