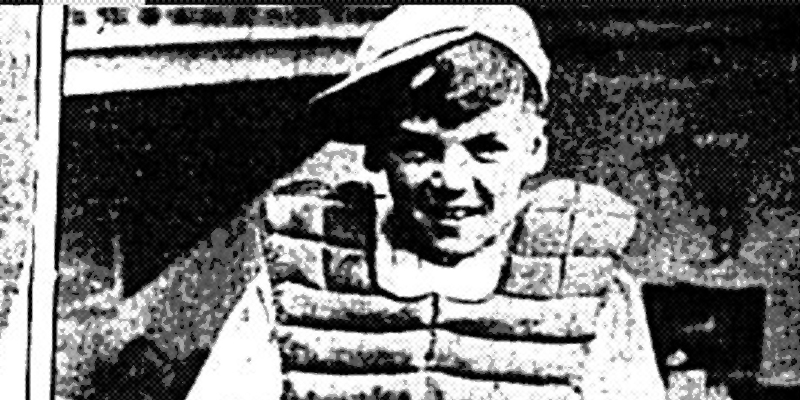 Hughie McLoon was a beloved figure on the streets of Philly, but that didn't save him from a stray bullet. Decades later, the question remains: who was the real target?

HUGHIE MCLOON WALKED OUT of the speakeasy at a quarter to two in the morning with a hoodlum on each arm.

Here he was, the most recognized and popular little guy in Philadelphia—hadn’t they asked him to hold up the round cards at the Dempsey-Tunney fight with 130,000 people in the stands?— and now he was running his own café at Tenth and Cuthbert, five short blocks from Independence Hall and the Liberty Bell, and life should have been, as they said in those days, the berries.

McLoon was serving sandwiches, “light lunch,” and bootleg ale and whisky ladled from buckets secreted behind the counter when two wise guys with names off a Hofbrau menu, Meister and Fries, imposed themselves. They were into their beer even before they’d hauled up and now, more having been applied, they began bragging loudly about things they’d done and girls they’d ravished and people they knew around town. Hughie decided to invite his guests into Philadelphia’s summer air, lest the scene become more indecorous.

Just then a car, later identified (rather unhelpfully) as “a black machine” or “a big sedan,” came busting down Arch Street. It swerved southbound on Tenth, and braked sharply in front of the three men. A gun poking through the left rear window ended the short life of Hughie McLoon.

The date was Thursday, August 9, 1928. Hughie was twenty-six years and nineteen days old. Part of his face and skull were blown away. The morning papers called it an accident. The gunman or gunmen, it was reported and widely accepted, had been aiming for the two ejected customers, low-ranking mugs whom they had been tailing all evening in hopes of a quick assassination, a couple of drinks, some light lunch, and early to bed. It was dark at Tenth and Cuthbert, and Hughie, however famous, however small a target at less than fifty inches and eighty pounds, was collateral damage.

After the shooting, the black machine “raced in wild excitement for blocks around” and disappeared. A pair of firemen from Engine Company 20, less than fifty yards from the massacre, heard the shots and ran toward the scene. They followed a river of blood down eight steps to the entrance of Devine’s Shoe Repair. Hughie McLoon, the former mascot of the baseball Athletics, the lucky hunchback who tended the bats, “a cripple who basked in the shadow of the strong,” the Dapper Dan about town who “lived in a heaven of his own construction,” the crony of crime-busters and prizefighters and pull hitters and rumrunners alike, “the Hughie who loved the spotlight, the Hughie who loved the crowds,” was lying there with more than a dozen wounds to the head, face, and body. In the mascot’s pocket, the firemen found twenty-five cents.

Hughie’s death wrung from a city inured to underworld violence after eight and a half years of Prohibition an outpouring worthy of the operatic stage. “In the circles in which he moved he was known to thousands,” the Philadelphia Record grieved. “And a tragic end brought the throng closer to him in death than it had ever been in life.”

But what of William Meister and Joseph Fries (whose real names, it turned out, were Liko and Belko)? The latter limped away with a slight wound to the calf. It was the second time he’d been shot in thirty-two days, and not the last.

Detectives brought Belko/Fries to City Hall and asked their questions, seeking to identify the men in the death car. “Yes, I know them,” he said, “but believe me, I’m not going to squeal.”

Poor Meister/Liko, meanwhile, having accumulated thirteen shotgun fragments in the legs, groin, and midsection, was deposited under police guard in the Jefferson Hospital “at the point of death.” A last statement was solicited but the wounded man merely grinned and rolled over. “He is not expected to live,” prophesied the Philadelphia Evening Bulletin. So dangerous were Meister’s wounds that he would cling to life for only thirty more years.

But Hughie was gone. “McLoon Called Innocent Victim in Gang War,” Philadelphia was told on Saturday morning, quoting police headquarters. “The little hunchback had no part in the racket which brews murder as well as booze,” avowed the Record.

His body lay in state in a little row house on Shunk Street in South Philly, two blocks off Broad. At least fifteen thousand people shuffled through the August swelter to pay their respects, or just to stare. They saw a twisted, dark-haired little Irishman laid out in evening clothes, with a white aster in his buttonhole. “By some magical touch,” the papers informed the multitudes who were turned away, “the evidences of the gunfire which tore out an eye and bored through his cheeks had been removed.”

An incandescent crucifix lit the narrow parlor. A wreath at the head of the bier, one among hundreds sent by the luminaries of American League baseball, Pennsylvania politics, and organized crime, bore the single word: “Idol.” It was from his mother.

How could an American boy in a broken body who lived a leprechaun’s life be fated to die a gangster’s death? In 1930, a scandal sheet called True Detective Mysteries returned to Hughie’s story. “Was it an unintentional slaying?” the magazine asked. “Were the death bullets meant for the two men who were standing by McLoon when he was killed?”

A century later, many everwhelming mysteries remain. Who would have wanted to kill the once most popular pupil from Our Lady of Mount Carmel School? What part was played by the gangsters’ molls—“those furtive, bright-eyed creatures, sometimes pretty, but usually not?”

“Who,” asked True Detective Mysteries,” was the intended target on the night the bullets flew?” 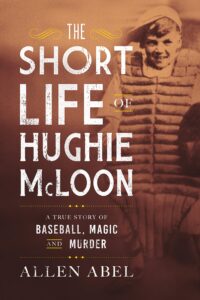 From “THE SHORT LIFE OF HUGHIE MCLOON: A True Story of Baseball, Magic and Murder”. Copyright © 2020 by Allen Abel. Reprinted by permission of Sutherland House Books.

ALLEN ABEL has reported from more than 100 countries as an award-winning newspaper columnist and magazine journalist. His work has appeared in Sports Illustrated, Smithsonian, and the Globe & Mail. He has written, produced, and hosted broadcasts and documentaries for HBO, the Discovery Channel, and the CBC, earning an Emmy nomination. The Washington Post called his non-fiction book Flatbush Odyssey: A Journey Through the Heart of Brooklyn "one of the best travelogues about anywhere, ever." His latest book is The Short Life of Hughie McLoon. 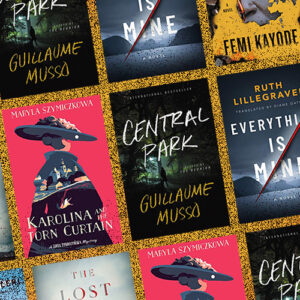 Spring has arrived, the clocks have moved forward, and we're all one step closer to being about to travel for real, but as we wait...
© LitHub
Back to top