The Murderous Playwrights of
Elizabethan England

One version of William Shakespeare’s story begins with a murder.  The year is 1587, William is 23, a glover’s son in an unremarkable town in the middle of England, unhappily married, three small children mewling and puking around him.  He longs to escape but the means of doing so evade him.  Then opportunity strikes:  The Queen’s Men, a company of players, arrive in Stratford short of an actor and William joins them, traveling to London and from there into history.  And why are the Queen’s Men shy of a full company in 1587?  Because on 15 June that year, one of their number, William Knel, attacked another of the company, John Towne.  The short fight ended when Towne struck Knel in the neck with a sword of iron costing, we are told, five shillings.

Unfortunately for this version of Shakespeare’s story there is no evidence of the Queen’s Men being in or near Stratford Upon Avon in 1587, but then there is little that is certain about Shakespeare’s life.  Nothing is known about his life between the baptism of his twin children in February 1585 and his first appearance on the London theatre scene in 1592.  Yet it seems likely that whatever happened in those seven lost years involved adventure and more than a little danger.  At least, it seems likely judging by Shakespeare’s contemporaries.

Take Robert Greene, the author of Friar Bacon and Friar Bungay among other plays, and the man whose place in history is assured by having been the first to mention Shakespeare as a playwright.  Greene insults Shakespeare’s lack of learning when compared to the University Wits like Greene, Marlowe and Nashe.  In his Groats-Worth of Wit, Greene called Shakespeare “an upstart Crow, beautified with our feathers.”  A mild insult by Greene’s standards for, as well as plays, Greene was a writer of scandalous books of scurrilous gossip and boasted of his own vile behavior.  He had abandoned his wife and child to take up with a notorious bawd and brothel keeper.  Greene was not worried about the vengeance of those he insulted.  He employed as a bodyguard his mistress’s brother, a notorious criminal who would later be hanged for murder and who reveled in the nickname, “Cutting Ball.”  History does not relate what deed earned him this title.

Greene may well have needed a bodyguard.  These were violent times.  The murder rate in Elizabethan England was about 1 in 10,000; by comparison it is now 1 in 100,000.  More significantly, murder today is often by someone known to the victim: assault by strangers was far more prevalent then.  People went armed and did not fear to use their weapons, actors and playwrights among them.  We think of the theatre in modern times as filled with delicate flowers but it was not always so.  In Elizabethan times they were at the margins of society, vagabonds, rogues, dangerous men.  Indeed, it is rare to learn of a playwright in Elizabethan times that has not killed a man.

Many are familiar with the more dangerous side of Christopher Marlowe, author of Dr Faustus, who spied for Walsingham in France and Holland.  They may also know that Marlowe was killed in a tavern brawl in Deptford.  Though even his death is full of speculation for it happened in a room containing only con-men, spies and professional liars.  Was it a drunken fight over the tavern bill?  Or an assassination by those who feared what Marlowe knew? Or even simply a ruse to escape the judgment of the Privy Council by faking his own death so he might flee to France?

Few however, will know that Marlowe’s life was positively sedate compared to another of Shakespeare’s contemporaries, Ben Jonson, author of The Alchemist and Volpone.

Few however, will know that Marlowe’s life was positively sedate compared to another of Shakespeare’s contemporaries, Ben Jonson, author of The Alchemist and Volpone.  Jonson was twice imprisoned.  On the second occasion, in 1598, it followed a duel in which he had killed an actor.  He only escaped hanging by taking the benefit of the clergy: a legal ploy in which one proved one was subject to canon law by reciting a verse of scripture.  Instead of being hanged he was branded on the thumb with a cross—to indicate that the next time he would not be able to play that card.  If they were worried he might have tried to do so, they had cause—it was not Jonson’s first duel.  Jonson claimed to have fought as a mercenary against the Spanish in Flanders and to have killed an enemy soldier in single combat and to have taken the dead man’s weapons as trophies.

In such company it would be no wonder if William Shakespeare proved to be something of a rogue himself and so the historical record hints.  The great theatrical producers of the day usually had a profitable sideline in the form of brothels.  Phillip Henslowe, a figure with a starring role in the Oscar-winning film Shakespeare in Love, made much of his fortune from a brothel at the site of his theatre, The Rose.  Another theatre impressario was Francis Langley who may have been one of William Shakespeare’s first producers.  Langley too ran a brothel near his own theatre, The Swan in Southwark, where Shakespeare’s company may well have performed in 1596.  The Lord Mayor of London had campaigned against the building of The Swan out of a fear that it would become a gathering place for “thieves, horse-stealers, whoremongers, cozeners, connycatching persons, practisers of treason, and such other like”, which gives one a feel for the nature of theatre-going in the sixteenth century.  Langley had a bitter dispute with a corrupt local politician, William Gardiner, which resulted in suit and counter-suit.  Gardiner’s stepson was one William Wayte, described in legal documents as “a certain loose person of no reckoning or value”.  It seems that the course of the dispute escalated for in 1596 Shakespeare was bound over by the courts to keep the peace along with Langley, and two women whose role is unclear but may have been prostitutes.  William Wayte had accused William of making threats that caused him to fear for his life.

As with so much of Shakespeare’s life the role that William played in this dispute, what he had done to make William Wayte accuse him of threats to his life, if anything at all, is unclear.  Yet in the context of his fellow playwrights a William Shakespeare who is not simply a man of words but also of action, and dangerous action at that, would be no surprise.

My novel, The Spy of Venice, takes up that idea.  It sees William travel to Venice as several of his contemporaries did.  It sees him embroiled in the true story of a vengeful pope, Sextus V, a pope of whom it was said he had more spies than other princes had soldiers.  A story that another of Shakespeare’s contemporaries, John Webster, would later turn into a play The White Devil in 1612.  It is a story full of violence and intrigue for all that it is grounded in fact.  Reading about Shakespeare’s fellow playwrights I sometimes wonder if I underplayed the danger and the adventure.

Benet Brandreth is an expert on Shakespeare’s language and times, the rhetoric coach to the Royal Shakespeare Company, and a writer and performer whose last one-man show was a five-star reviewed sellout at the Edinburgh Fringe and on its London Transfer. The Spy of Venice is his debut novel.

What Does Our True Crime Obsession Say About America?

The Crime Fiction of Marseille 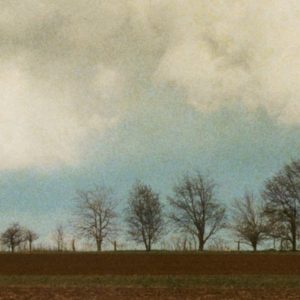 What Does Our True Crime Obsession Say About America?