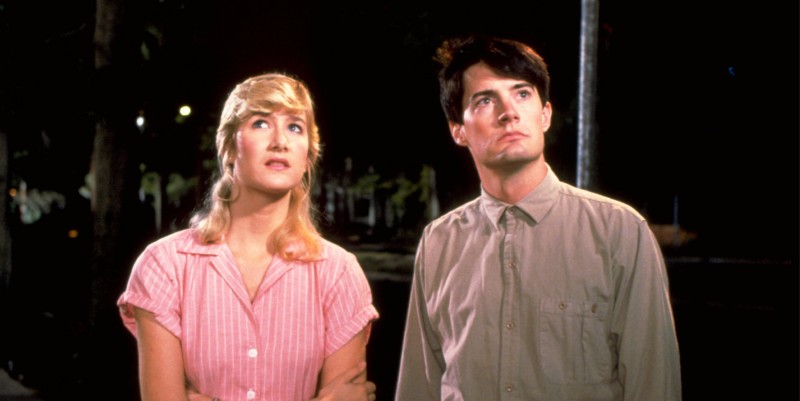 Allison Buccola on the ever-vigilant observer of local mysteries.

The nosy neighbor is a classic character in crime fiction. Miss Marple, Agatha Christie’s elderly amateur detective, is a progenitor of the archetype: she is not an official investigator, just a curious and interested observer. In more recent times, the nosy neighbor has appeared as the girl on the train or the woman in the window, catching glimpses of the world and concocting stories about what she sees. She’s the busybody who witnesses a murder while spying on the house next-door over her morning coffee, the town gossip who realizes there’s something not right about the family down the block and won’t relent. She creates mysteries to solve.

There’s always something about this character that renders her credibility suspect. She’s a spinster. She has an overactive imagination. She drinks too much or has a pill problem. She lost a child and is consumed by grief. She is not the type of person people believe, and so, when she sees something important, she struggles to be taken seriously.

As the protagonist, she’s the underdog, overcoming her personal trauma and lack of access to official investigation tools to solve a murder. In this role, we are rooting for her. Her successes justify some of our own nosy tendencies, and make us feel a little better about our own interest in our neighbors’ comings and goings. (Sometimes, the message is, it pays off to be overly curious.)

As a background character, though, the nosy neighbor is a pest. She clogs up police lines with unhelpful tips; she tramples over evidence; she harasses crime victims and their families. This background character serves a few different functions. At her most useful, she provides information that moves the story along. She spotted the garage door open late at night or noticed a lurking stranger and can offer a description. But often she’s an obstacle, her interference throwing the investigation off track, her watchful eye and suspicions placing psychological pressure on our true hero. This bit-part nosy neighbor, of course, doesn’t realize her role: she thinks she’s the underdog we’re rooting for. Like the nosy neighbor protagonist, her presence in a story often helps the reader justify her own voyeurism, albeit in a slightly different way. (Maybe I’m nosy, the reader can tell herself, but I’m not that bad.)

True-crime fans and Internet sleuths are the modern-day equivalents of the nosy neighbor, and so it makes sense they’ve found a comfortable home in the books we read. They appear as protagonists, as in Eliza Jane Brazier’s If I Disappear, where a true-crime fan investigates the disappearance of her favorite podcast host, or when Michelle McNamara herself hunts down the Golden State Killer in I’ll Be Gone in the Dark. Megan Collin’s Family Plot contains a full cast of background nosy neighbors: an online sleuth who devotes hours a day to cold case message boards, the creator and fans of an Instagram account featuring graphic dioramas of real crime scenes, and a secluded family that has developed elaborate rituals to celebrate and honor the victims of crime. As with the classic nosy neighbor, both the triumphs and the excesses of these characters absolve us, the readers, of our own fascination with true crime. They make it okay that we binged on a gory documentary, or spent too much time perusing Reddit for alternative theories of a case. We root for the amateur detectives who solve the mystery; we’re disturbed by the gawking hoards; we are comfortable, mostly, with our own level of true crime consumption.

Calvary, the fictional Pennsylvania town where my novel takes place, is full of nosy neighbors, and, in writing Catch Her When She Falls, I wanted to play them off of one another. Catch centers on Micah, a woman whose high school boyfriend was convicted of the murder of her best friend. Her role as friend of the victim and girlfriend of the killer naturally made her a target for attention and speculation. Now, years later, she has returned to her hometown and is reliving her past. She’s in a fishbowl: gossiped about by overly curious patrons at her coffee shop; hounded by her ex’s current girlfriend, who has been single-mindedly advocating for his release for a decade; picked apart by college Internet sleuths with too much time on their hands. As the novel progresses, Micah becomes a type of nosy neighbor herself, retreating from her real-life relationships and concocting elaborate theories, her behavior becoming increasingly unhinged as she tries to piece together what really happened that tragic night.

One challenge of pitting nosy neighbors against each other is that they are typically recluses, and not too keen on engaging with the real world. The classic nosy neighbor once had a support system, but she’s lost it or pushed it away. When her friends or family express concerns about her behavior, she stops answering their calls, retreats into her home, manufactures relationship-ending arguments. She fills the void in her life by watching and imagining other people’s lives. She’s retreated into a fantasy world that may or may not—depending on whether she’s the protagonist—graph onto reality. This is less of a problem with the modern nosy neighbor, who at least has an online community to which she can turn. Her voyeurism is, in some sense, communal. Not only do her theories now have an audience, she also has to contend with alternative (and often equally outlandish) worldviews. The modern nosy neighbor is not alone.

For Micah, though—and for nosy neighbors in general—the existence of others who share her fixation is not comforting. It is a threat. The other nosy neighbors in her story are focused on the same set of facts as her, but they’ve used these facts to spin out radically different, and inconsistent, visions of the world. Only one of these characters can be the protagonist nosy neighbor, for whom the ends justify the means. The others are the characters we are rooting against, their snooping and harassing just bad behavior. For the nosy neighbor, confronting alternative worldviews is confronting the possibility that she may be wrong, and this is untenable. She, like the reader, needs to be absolved of her morbid curiosity. 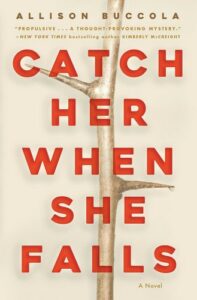 Allison Buccola is an attorney with a JD from the University of Chicago. She lives outside Philadelphia with her husband and their two young children. 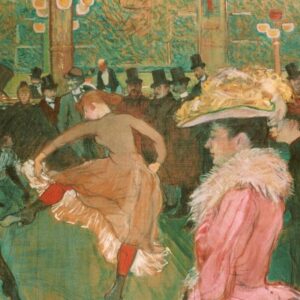 The ring of the doorbell, the pop of a champagne cork, a peal of laughter from another room. Wicked gossip, a meaningful...
© LitHub
Back to top