The Nuances of War Thrillers

Fiction That Highlights Humanity in its Rawest Form

As a reader and a writer, I am continually drawn to stories that explore the darker side of human nature. It is why I gravitate toward the crime, mystery, thriller, and suspense genres. The taut pace and tension of a thriller, the edginess and gasp-worthy moments of a suspense, and the analytical puzzle of a mystery are only part of the appeal. The shadowed labyrinth of the human psyche, the most visceral and primitive chambers of the human heart are exposed to the light and laid bare in these genres. These are stories that are as appalling as they are engrossing, as sophisticated as they are raw.

At the heart of all stories is human experience, and war stories highlight humanity stripped to its rawest form. Given our long history, war seems to be part of the human condition. The sense of horror and apprehension, disquiet and turmoil we seek out in crime fiction is so organic to war that the battlefield provides the perfect backdrop for some of the most compelling stories in the genre.

Below is a list of seven of my favorite works of historical fiction centered around crime and war. 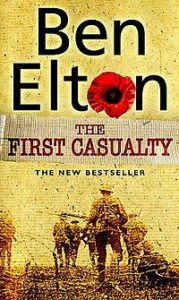 The First Casualty by Ben Elton

Ben Elton’s WWI police procedural is grim and brutal, and he captures the stark mental landscape and the horror of trench warfare brilliantly. Stories of characters grappling with questions of duty and responsibility have influenced my own writing, and the exploration of the social complexities of war made The First Casualty stand out to me. War shapes an entire population’s psyche, and Elton’s haunting story delves into the consequences of expressing a belief in the futility and immorality of war. 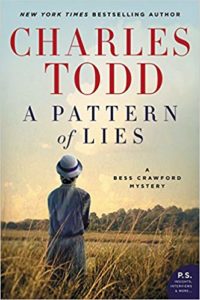 A Pattern of Lies by Charles Todd

The Bess Crawford mystery series written by a mother-son duo is a fascinating glimpse into the First World War. The historical detail is riveting throughout this entire series, and the writing is well-paced and descriptive. A Pattern of Lies is a complex mystery about the wildfire effect of deceit, the mob mentality, and the breakdown of society in the face of tragedy. 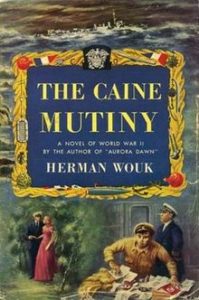 The Caine Mutiny by Herman Wouk

My favorite war fiction is that written by those who lived through the war. Those firsthand experiences offer an impeccable amount of detail and authenticity that no one else will ever be able to achieve. The complex characters and the moral and ethical dilemmas of war make The Caine Mutiny a riveting character drama and an engrossing courtroom thriller. 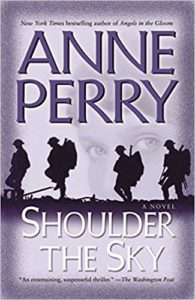 Shoulder the Sky by Anne Perry

Anne Perry’s WWI mysteries follow the Reavley siblings in a sweeping family drama that encompasses the entirety of the Great War. Shoulder the Sky is the second in the series, and it details the hell that was Ypres in 1915. While Perry’s depiction of the war and the men and women involved is a bit sanitized and idealized, the author’s writing is incredibly elegant, the mystery is engrossing, and the pall of grief and shock that permeated entire generations is palpable. 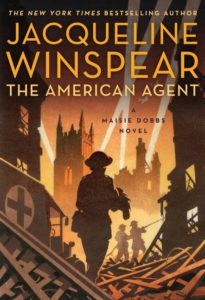 The American Agent by Jacqueline Winspear

I love Jacqueline Winspear’s Maisie Dobbs series. The character has grown from a young girl to a woman in her forties through the course of the fifteen books, and Winspear’s work is a detailed study of society’s evolution during the first half of the 20th century. This latest entry in the crime series is atmospheric and tense. The horror and peril of the Blitz is grippingly portrayed, and the author digs into the politics of the war in a way that enhances the mystery. The strength of this series lies in a heroine who is intelligent, compassionate, and incredibly relatable. 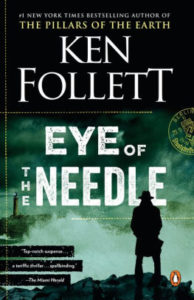 Eye of the Needle by Ken Follett

Ken Follett’s Eye of the Needle is an absolute classic and a tautly paced, riveting thriller. Action, adventure, romance, suspense, history, humor—this story has it all. Follett’s novel was the first book I read that made me truly appreciate a fantastically drawn antihero. I find myself much more intrigued by those characters who do not fit into the classic archetype of “hero,” and the crime genres are a stellar avenue for exploring those grittier, more noir characters. 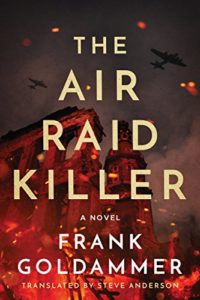 Frank Goldammer’s The Air Raid Killer is a serial killer story set in Dresden in the months leading up to the harrowing firebombing of the city. This is a chilling murder mystery with a complex, authentic cast of characters. Goldammer’s story highlights one of my favorite aspects of war crime fiction: the setting cannot help but add to the tension and high stakes of the mystery.

What are your favorite crime fiction reads that take place against the backdrop of war?

Meghan Holloway found her first Nancy Drew mystery in a sun-dappled attic at the age of eight and subsequently fell in love with the grip and tautness of a well-told mystery. She flew an airplane before she learned how to drive a car, did her undergrad work in Creative Writing in the sweltering south, and finished a Masters of Library and Information Science in the blustery north. She spent a summer and fall in Maine picking peaches and apples, traveled the world for a few years, and did a stint fighting crime in the records section of a police department. She now lives in the foothills of the Appalachians with her standard poodle and spends her days as a scientist with the requisite glasses but minus the lab coat. Her novel Once More Unto the Breach is now available from Polis Books. Follow her at @AMeghanHolloway. 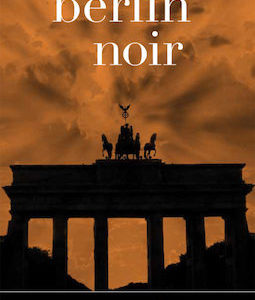 Thea Stauffer looked at her hands and was surprised at how she had managed to let herself go. Blood was spattered all over...
© LitHub
Back to top