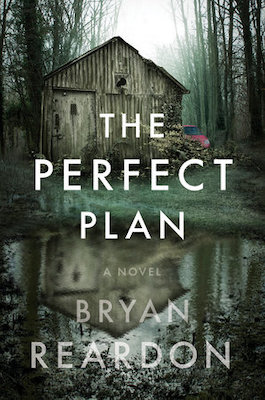 The following is an exclusive excerpt from The Perfect Plan, a page-turner by Bryan Reardon, about two brothers—one running for public office, one with questionable emotional stability—and the troubled past that both draws them apart and forces them together.

As the sun rises, I walk across the street toward the second row home on the block, five up from where Lauren Branch lives with her two roommates. The building is recently vacant. A Realtor showed it a couple of days ago, but I’m not worried. I step up and take a seat on the front stoop. That’s where I wait, avoiding eye contact as people shuffle out of their homes and off to work.

When her door opens and Lauren walks out of her house, I glance at my watch. It’s 5:24. That’s about average. The latest I’ve seen her leave is 5:35. The earliest is 5:14. I glance around the block. Three people are in sight. I shake my head and watch her slip behind the wheel of her forest-green Jetta and roll down Clayton toward Delaware. Once she’s out of sight, I walk the ten blocks back to my car. I half expect a parking ticket but the windshield is clear. With a last glance at the O’Friel’s Irish Pub sign, I pull out of the lot and onto I-95. Luckily, most of the traffic is heading north and I’m going south.

Still, it takes me almost half an hour to get home. I moved out of the city months ago. I used to live out by the hospital, not far from Drew. But I had to get out. So I rented a trailer down by the Delaware River. I have to drive through a park to an access road at the back end that’s really nothing more than two tire tracks through the weeds. It winds through a line of trees back to a swampy field, half a mile to the edge of the water. It’s wet but my truck has no trouble with the mud.

My place sits all by itself. The landlord wants me to keep up the yard, but he’s never around. So the grass, which is more like hay, really, runs up the sides of the dirty white trailer like thick yellow flames. An old Jeep Cherokee, 1995, is parked on the side where the “road” ends. I have been working on it for a few weeks but it still won’t run. I park behind it. When I get out, I give the tire a quick kick and walk inside. I don’t even lock the trailer up when I leave. No one comes back here. Even the park out front is a little shady.

The inside of the place is dark and smells like an old, damp towel. My cell phone sits on the table next to an empty pizza box. I left it home on purpose. People can track you when you carry it. That’s what someone told me.

I grab it and fall into an old wood-framed chair. It isn’t mine. The place was furnished when I rented it. I had been living with a girlfriend and I didn’t have any furniture anyway. In fact, the only thing I bought myself, the only thing that really belongs to me, is the easel by the window that looks out toward the water.

Leaning back, I listen to the messages. Three from Grace, the girl I lived with.

“Come on. I’m worried about you. Call me back.”

“Seriously . . . Karen saw you at O’Friel’s. She said you were acting weird. You need to call me. Today.”

I close my eyes, my chest tightening. I hadn’t seen Karen last night. My fingers press into my eye sockets. I need to be more careful. So much is at stake.

My phone rings. One eye opens and I see the time display on my TV cable box, 3:14. At first, I think it’s A.M. That I slept through the day and into the next. Then I notice the sunlight coming through the thin remains of the blinds that were already here when I rented the place.

I need to sleep. My thoughts are fuzzy, clouded. And I need to be sharp. Now more than ever. So I let my eyes close as the call eventually moves on to my voicemail. But a minute later, the phone is ringing again.

Lurching up from my crappy couch, I grab the phone off the floor. I recognize the number. And I nearly fall over answering it.

Patsy is my brother’s wife. My sister-in-law.

“Hey,” I say, trying to think straight. “Is he right there?”

“Shit,” I say, slapping the floor. “I totally forgot.”

“Yeah,” she says. There is another pause, and I can hear my brother’s voice in the background. “How long until you can get here?”

I’m already up, stumbling around the trailer, trying to remember where I left my keys. “Tell him twenty minutes. If traffic isn’t too bad. Okay?”

Driving back toward the city, I fight the urge to hit myself in the head. How could I be so stupid? Especially today.

Somehow, I totally blanked about this strategy meeting. The campaign staff is meeting with the Jefferson Society, a group of young Democrats. Not the normal ones, though, like the College Dems. These are the young lawyers and bankers, the sons and daughters of the local elite. Lauren is a member. Patsy was when we were younger. I think they’re all a bunch of pretentious, spoiled little children, at least this group. But they are important, mostly to Drew. Especially considering how the campaign has been shaping up.

Article continues after advertisement
My cell phone sits on the table next to an empty pizza box. I left it home on purpose. People can track you when you carry it.

I park and walk across Market Street toward the coffee shop. Honestly, I feel like I’m not really there. Like I am a ghost. She’s all that I can think about. And she’s going to be there, in the meeting with me. I’m going to have to stand close to her. So close that I can smell that perfume she wears. The new one. The expensive one she started using a few months ago. And I’ll have to act like nothing is going on.

I need to shake it off. Act normal. I push open the door and head through the front of the shop. One of the baristas waves at me and I smile.

“They’re already in the back.”

I nod to a few other people, motioning that I’m late. When I reach the back room, I see all the faces turn, look at me. Immediately, I notice that, along with Drew and Patsy and one or two others, I am by far one of the the oldest people at the meeting. Most are sitting at tables, but Lauren stands in the front, her hands holding a pen as she gives a presentation. I slip into a seat near the back, my cheeks burning hot until all the eyes return to Lauren.

“Not only do we understand just how important your group is; we respect what you’ve been able to accomplish over the last few cycles. Particularly what you’ve done by organizing the young campaign volunteers into a block. Now the candidates need to come to you for help. As much as they need the party. That was ingenious.

“Things are changing. The state Democratic Party, the county chair. All the ED reps. They’ve controlled things for generations. But those days are ending. Their ways are slow. Out of touch.”

Lauren keeps talking but I lose my focus. I look around the room, wondering where some of the older members of the campaign are. Guessing that either Lauren or Drew didn’t invite them. It feels wrong to me, but then I wonder why I’m here. Why was I invited? Why did Drew care enough to have Patsy call me?

These thoughts consume me. I stare at the back of my brother’s head for the rest of the meeting, wondering. Could he know? Or suspect? Impossible. I’ve been so careful. I’ve planned it all, every last detail. He couldn’t know. He can’t ever know.

I spiral so deeply that I barely notice when the meeting is over. People rise from their seats, mingle together. Lauren and Drew converge on Kent George, the son of the state’s sole US representative. Neither even looks in my direction. I watch their interaction, though. I see how Kent acts toward my brother. Like Drew is a giant magnet. Like his charisma is an undeniable force, drawing him in, holding him close without Drew saying a word.

Maybe I am just tired. When I stand, I feel like I am engulfed by a cloud. I’m there, but not really. None of these people in their perfect clothes, with their perfect hair, can even see me. I sidle back to the wall, lean up against it, and listen like I am invisible. Like I am his polar opposite.

“Patsy!” someone says. I turn and watch one of the less young but very successful lawyers approaching my sister-in-law.

I can hear their conversation perfectly, but it’s like I see right through them. Right through everything. Like I’m floating above it all.

“Since you kicked my ass on the bar exam.”

He shrugs. “Have you ever met a happy lawyer?”

“I guess so. How about you? Do you think you’ll practice after the campaign?”

“I doubt your father can see you just being some politician’s wife,” he says.

Patsy stiffens, but probably not enough for Geoff to notice. He tends to say stupid crap all the time. And never seems to get the clue. It’s like he’s blind to human reaction.

“He loves my mother,” she says. “But you’re probably right.”

“He probably wants you to run for his old seat. Can you imagine? What a power couple. Drew as governor. You as the state Speaker of the House.” He laughs. “I remember that was your plan, right? And his. It was a long time ago, but wasn’t that what you said at study group?”

“Yeah, I used to think I would run for something. Working on this campaign, though, I’m not so sure.”

“You’re not meant to work on campaigns, that’s for sure. Leave that to the ones like Lauren Branch. She’s perfect. Like a lovable pit bull.”

“She’s great,” Patsy says. Her eyes wander around the room. “Drew really values the energy she brings to the table. She’s got some unique ideas. And she’s really in touch with the younger generation.”

“Maybe it is,” she says. “It’s been great seeing you. I need to get back to Drew. Let’s get coffee some morning.”

Patsy’s head turns. Her eyes meet mine. A sharp crackle of guilt runs up my back. I don’t know why, but the feeling leaves me drained and empty. For her part, she just scans the rest of the room. Then she is gone, walking straight-backed, chin up, until she once again stands at my brother’s side.

From THE PERFECT PLAN. Used with the permission of the publisher, Dutton. Copyright © 2019 by Bryan Reardon.

The Most Anticipated Crime Shows of Summer

A Discussion on Women
in Crime Fiction 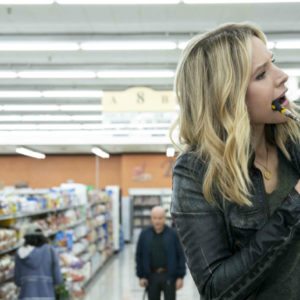 The Most Anticipated Crime Shows of Summer Movies have long dominated summer entertainment. Ever since Jaws and Star Wars, major film studios have planned commercial...
© LitHub
Back to top