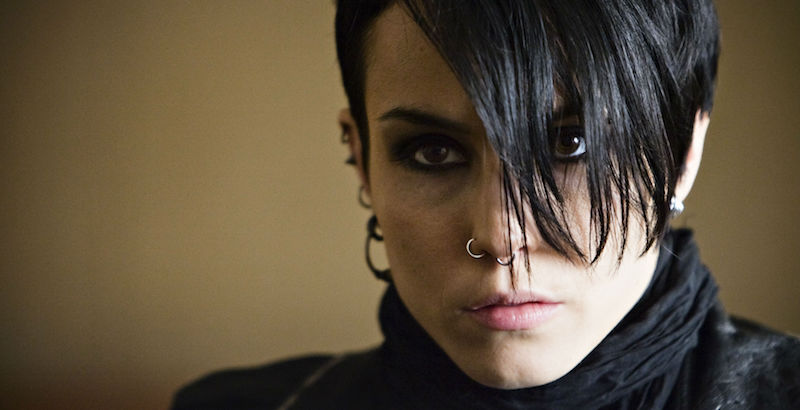 When David Lagercrantz’s continuation of Stieg Larsson’s Millennium series, The Girl in the Spider’s Web, was published two years ago, there was the usual handwringing and fretting about whether Larsson’s characters and the world he created was properly respected by the new writer. If anything, in that book and the just released The Girl Who Took an Eye for an Eye, Lagercrantz has been too conservative in continuing Larsson’s series.

In Spider’s Web Lagercrantz took some liberties, filling in more of antiheroine Lisbeth Salander’s backstory, especially her dysfunctional family history (her father savagely abused her mother and Lisbeth, leaving his favorite child, Lisbeth’s twin, Camilla, to grow up to be a nasty piece of work very much made in his image). Eye for an Eye does not provide any more concrete information about Salander’s past—in fact, she’s rather inert for the first third of the book, as she’s in prison for her role in the events of Spider’s Web (I’m trying to avoid overt spoilers here, though some of the themes of Eye for an Eye discussed below allude to the action in the book). She spends her time studying advanced math and blackmailing a guard to get the internet access she needs.

Lagercrantz shares a major weakness with Larsson, which is the abundance of plots and subplots. Eye for an Eye takes place in two time frames: the present and a year-and-a-half earlier, and the movement between them is clumsy. Larsson packed his three Lisbeth books full of plots and characters, and Lagercrantz has followed suit, though he is not as skillful a juggler as his predecessor. There is a problem of emphasis: it’s impossible to tell which of the interwoven stories will prove crucial to the final outcome of the book and which are just filler. A couple of pieces of the past resurface in this book for no good reason, including the evil Svavelsjö M.C., a motorcycle gang from previous books (who are suddenly allied with one of the villains of Eye for an Eye).

Part of why this series is so popular is that Larsson, a former investigative journalist, put the events of his crime fiction into a larger sociological context. This is textbook stuff for Nordic noir fans: the overarching theme of Lisbeth Salander’s life is state intervention gone wrong. She was taken out of her violent household as a child, which should have been a net positive, but instead of being properly cared for by the state she was placed in an institution where more horrors awaited her, and then forced to be a ward of the state. This background gives Salander her overweening sense of justice and a compulsion to right the wrongs of the world whenever and wherever she sees them. In Spider’s Web the big bad was the NSA and allied organizations around the world; the primary and deplorable idea was that of government surveillance of private citizens, which was then super topical as the revelations of whistleblower Edward Snowden were still very much in the news. In Eye for an Eye one of the subplots involves the Bangladeshi community in Sweden and radical Islam, but this book generally deals in smaller themes and villains. Though there are plenty of nefarious characters no one particularly stands out: they are, for the most part, former government employees involved in a social engineering experiment which was both poorly conceived and has gone awry (again, trying to avoid spoilers here).

The big bad of Eye for an Eye turns out to be one of the architects of this experiment, which is thematically in line with another tenet of Nordic Noir: discussing the impact of nature versus nurture in people’s lives. Salander is who she is because of her troubled past. It’s made her a crusader as well as an extremely paranoid person. She trusts very few people: her former guardian, Holger Palmgren, who plays a major role in this book; the journalist-hero of the series, Mikael Blomkvist (a stand-in for Larsson, one suspects); his sister, Annaka Giannini, Salander’s lawyer; and the members of the Hacker Collective she relies on to help in her investigations. The Hacker Collective, usually one of the best parts of a Millennium book, are not given much to do in Eye for an Eye, and this reader, for one, missed their cheerful anarchist presence.

Lagercrantz has done a good job of keeping the distrust of government and institutions as a major theme in the books. Though there are sympathetic characters aligned with the government (like Palmgren), every book critiques their inability to keep up with real world problems—in Eye for an Eye, this mainly plays out in the plot that involves violence in the Bangladeshi immigrant community which is introduced through a woman named Faria Kazi who is the victim of bullying in the same prison as Salander, Flodberga Prison. The police interpretation of the case turns out to lack cultural nuance, and once she is released Salander is determined to right the wrongs in Kazi’s situation. This plot never quite meets up with the one Blomkvist is involved in, about the secret government agency conducting nature versus nurture research in secret. The plots, and the characters, are forced together by Lagercrantz in a series of encrypted texts, which is how Salander and Blomkvist communicate. They do not have many scenes together at all in Eye for an Eye, and the book is worse for it. Their relationship and overall chemistry really made the plots of the early books high-stakes and suspenseful. The less time they spend together the poorer the books are for it, and they only have a very brief encounter in Eye for an Eye.

There is also little to no character development in this book, especially as compared to Spider’s Web, which made Salander a more sympathetic character by chronicling her impoverished and unfortunate backstory. In Eye for an Eye Salander is really just a vigilante, and Blomkvist a reporter with a juicy story. The larger stage is not set, and the book lags as they work on different cases to different ends (though everything kind of fits together at the conclusion of the book). The Millennium series is at its best when they are working as one, helping people get justice, or revenge. To Salander, these are often the same thing, and the enduring popularity of Larsson’s series and characters lies precisely in that blurred line. 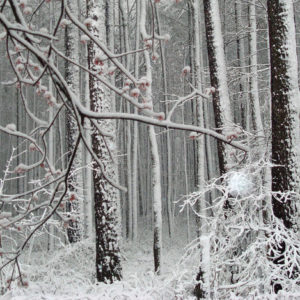 The following essay contains depictions of child abuse. They say to write what you know, and so I’ve written two novels...
© LitHub
Back to top