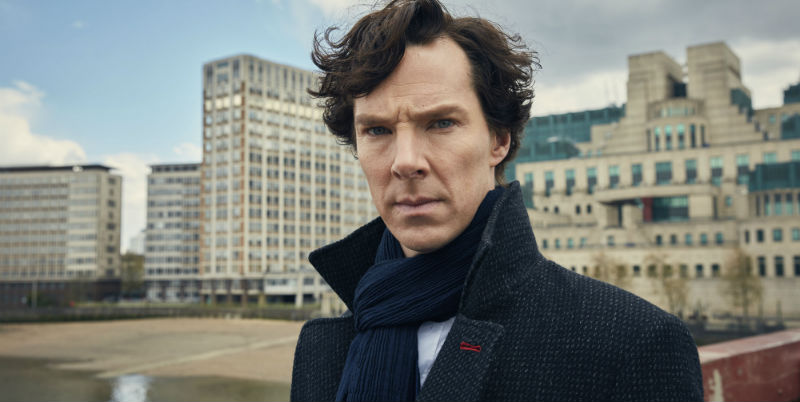 Sherlock Holmes Is a Feminist Who Bites His Thumb At Aristocrats

Mark Twain famously said, more than once and with variable phrasing, that patriotism is supporting your country all the time and your government when it deserves it.

He had ample cause for cynicism.  Twain was roundly criticized by both North and South following the Civil War for having briefly signed up with the Marion Rangers, a Confederate militia, before deserting a brisk two weeks later and making tracks westward for Nevada.  The renowned essayist and political thinker was never thereafter much inclined to apologize about this—he was, however, insistent that he hadn’t been aware of the ideology behind the conflict when he joined and characterized the war itself as, “A blot on our history, but not as great a blot as the buying and selling of Negro souls.”  His desertion is no longer widely discussed.  Today Twain is remembered not merely for his biting sarcasm and keen intellect, and for the quality of his character, but for the wide range of his talents: scientist and adventurer, philosopher and traveler, he also possessed an avid amateur interest in scientific pursuits and patented three inventions in his lifetime.

I can’t help but imagine that Sherlock Holmes and Samuel Clemens would have hit it off like a frog on a hot griddle.

This quick biographical portrait should ring a bell for just about any reader of detective fiction on the planet, and I can’t help but imagine that Sherlock Holmes and Samuel Clemens would have hit it off like a frog on a hot griddle.  There is incontrovertible evidence to support this whim of mine, since Twain was guilty of dabbling in Sherlockian fanfiction when he wrote “A Double Barreled Detective Story,” a satirical riff on the genre set in the American West in which Holmes’s airtight logical conclusion to the case is blown to smithereens by another character’s supernaturally keen sense of smell.  (At one point the awestruck silver miners marvel over whether God made Sherlock Holmes and a fellow named Ham Sandwich admits, “Not all at one time, I reckon.”)  This is affectionate teasing, however, and Holmes was equally as enthusiastic about the United States and its citizenry.  “It is always a joy to meet an American, Mr. Moulton,” he gushes in “The Noble Bachelor,” “for I am one of those who believe that the folly of a monarch and the blundering of a minister in far-gone years will not prevent our children from being some day citizens of the same world-wide country under a flag which shall be a quartering of the Union Jack with the Stars and Stripes.”

This previous quote is a remarkable one for its globalism among other things, and one to which we’ll return.  But it’s worthwhile, I think, in an age where alleged pedophiles with a penchant for Howdy-Doody cosplay are roundly defended on national television, and “baby jail” is a readily understood phrase, to explore what undeniably great minds from history have thought of patriotism in general, and politics in particular.  It might seem peculiar to examine this topic through a Sherlockian lens when Watson after having known Holmes for about five seconds ranks his knowledge of politics at “feeble,” but in fact the Great Detective’s political slants—and indeed, most people’s—are readily deduced from their social priorities, not to mention the way in which they live their lives.

What, then, of Sherlock Holmes?  He is the product of a vast colonialist empire built by the East India Company (dissolved when Holmes was 19 years old), a global fighting force best described by asking what it would look like if the Borg Collective dabbled in commodities trading, or if Amazon had nukes.  He is educated but strapped for cash when we first meet him, determined to change the world, a perennial student, in dire need of a small dose of military discipline, and absolutely determined to raise a middle finger to any member of the aristocracy who dares to assume he’s on their side (see the very first Sherlock Holmes short story, “A Scandal in Bohemia,” for irrefutable evidence of this assertion).  Many critics have held him up as a defender of order against chaos, which they oddly mistake for conservatism vs. liberalism, when Sherlock Holmes in both word and deed was hardly a fellow to toe anyone’s line other than his own.  “In the hands of revisionists, Holmes has become a Robin Hood figure, going about punishing the rich and powerful and redistributing their ill-gotten gains to the deserving poor,” writes Christopher Sandford in the article “Sherlock Holmes’s Politics” for the website The American Conservative.

Sandford goes on to say:

Looking at Conan Doyle’s life in full, it’s clear that there was once a time when he had been floundering around as an “impoverished young hack,” as he put it, and there was to come a time when that same writer metamorphosed into an elderly occult propagandist, querulous and dogmatic, open to widespread ridicule. But in between there was a wonderful golden late summer. For most of that time, Conan Doyle was a conservative in the true sense of the word, supporting the established causes but avoiding the smug self-righteousness of so much of the British ruling elite of the day.

I’m not sure what a “conservative in the true sense of the word” is, but even if Sir Arthur could be described so in limited fashion, his creation was nonesuch.  Holmes practically bit his thumb in the direction of most of the aristocracy, openly praised America, lazed about experimenting with a variety of chemicals, paid street urchins rather exorbitant sums to ferret out his clues for him, and composed avant garde odes on his fiddle—his entire attitude is indicative of the “Bohemian” man of modest (albeit later considerable) means.  “I assure you, Watson, without affectation,” he remarks in “The Noble Bachelor,” “that the status of my client is a matter of less moment to me than the interest of his case.”  It would be difficult to picture such a chap supporting any established causes, as Sandford terms them, save his own.

Sherlock Holmes is many things to many, many people, and sometimes, despite his entirely iconoclastic persona, it is tempting to see in him whatever we would most like to see, particularly when it reminds us of ourselves.

Allow me to introduce a personal caveat to my argument; Sherlock Holmes is many things to many, many people, and sometimes, despite his entirely iconoclastic persona, it is tempting to see in him whatever we would most like to see, particularly when it reminds us of ourselves.  Actors have proven this in many incarnations…Basil Rathbone’s Sherlock Holmes was suave, confident, loving, and sophisticated, which is exactly what qualities were necessary for him to convey at the time, given the world’s circumstances.  Jeremy Brett’s Sherlock Holmes was a brilliant, clearly bipolar iconoclast who cared so much about his cases that he sometimes did himself harm.  Benedict Cumberbatch’s Sherlock on the BBC is…let’s face it, a bit of a hypertalented oddball, a bit of an odd duck, and both entirely aware of his own talent and very deeply confused by it.  So thanks to the fact that I am a hyper-functioning addict who also happens to be a liberal—I’m sorry, I believe people should be allowed to take refuge in another country when they are being slaughtered, and the Great Detective’s view of the future was that of a single worldwide nation—I suspect that Sherlock Holmes’s politics were freer than the article in question make him out to be.

So were Sir Arthur Conan Doyle’s, come to that.  He was a passionate advocate for changing the established marriage laws, to the point that he wrote this view into many of his best and most admired short stories.  In “The Adventure of the Abbey Grange,” Sherlock Holmes and John Watson decide that they would rather shield a murderer than bother over delivering justice to Sir Eustace Brackenstall, who went so far as to set his wife’s dog on fire in addition to the ordinary perks of domestic violence.  Holmes delivers such an impassioned speech to Violet DeMerville in trying to prevent her wedding Baron Adelbert Gruner that after trying to talk her out of it fails, he engages the help of a prostitute named Kitty Winter (my Baker Street Irregulars investiture name, by the way, which is the nom de plume they give us when invited into the ranks of the BSI) who ultimately takes the highly questionable step—however gleefully it is described by the supposedly staid Sir Arthur—of throwing acid into a misogynistic sociopath’s face.  During an era when the #MeToo movement is largely associated with liberals, as are female reproductive rights, one can be left with little doubt regarding on which side of the fence Holmes and Watson would land.

But setting aside all of that, there is a difference, as Twain so incisively observed, between love of one’s country and respect for one’s “betters.”  It is not sufficient to say that a person has been elected into an office and thus that they deserve blind obeisance.  It is not relevant that a human being be a millionaire, or a billionaire, or merely a real estate developer whose personal apartment requires sunglasses indoors.  It is not germane to say stripping children from their families is the law (it isn’t) if the law happens to go against moral principles.  Sherlock Holmes would have taken a bullet for England ten times over—and probably risked it half a dozen times during his spy service just prior to World War One—but he would probably have taken just as many bullets defending his own principles, and he was extremely picky about which sort of crimes he was willing to be complicit in.

“…The citizen who thinks  he sees that the commonwealth’s political clothes are worn out, and yet holds his peace and does not agitate for a new suit, is disloyal; he is a traitor,” Twain warned in A Connecticut Yankee in King Arthur’s Court.  They are strong words, and they are apt ones.  In “The Bruce-Partington Plans,” after identifying and capturing a traitor attempting to sell state secrets overseas, Holmes remarks in disgust, “How an English gentleman could behave in such a manner is beyond my comprehension.”  Perhaps I go too far in suggesting some similarities in these men’s thought processes—and then again, perhaps it is important for even the most base among us to look upwards, and check to see whether or not the Emperor is wearing any clothes. 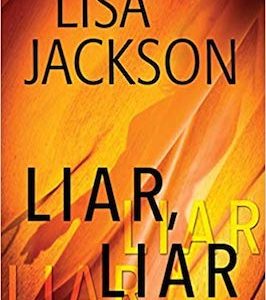 Didi hankered for another cigarette as she drove, but resisted the urge. She’d already broken some unwritten law by lighting...
© LitHub
Back to top