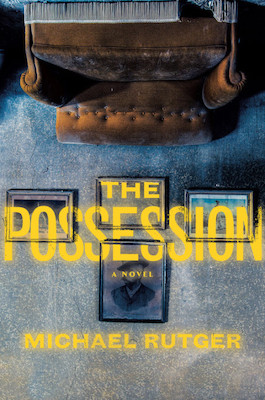 The following is an exclusive excerpt from The Possession, the second installment in Michael Rutger’s The Anomaly Files, featuring American myth investigator Nolan Moore and his team as they pursue strange and potentially sinister happenings in an isolated village, the implications of which prove to be more dangerous than they could have imagined.

When I woke it was cold. Really cold. For a moment this caused a disconnect in my brain, taking me back to the last time I’d woken freezing—at the bottom of the Grand Canyon, in the dead of night on a small beach by the side of the Colorado River, scrunched up in a sleeping bag. Only when I realized I was swaddled instead in sheets that smelled faintly of bleach did I lock back to where I was. My motel room.

I didn’t open my eyes because I find it harder to get back to sleep afterward. I could tell, in that way you can tell, it wasn’t anywhere near time to get up. That it was still the middle of the night. I curled up tightly, trying to maximize my body’s warmth, hoping to drift back.

It was working, too—until I heard the sound.

I ignored it. I’ve stayed in a lot of motels and hotels. Each has its distinctive chamber orchestra of unexpected noises. The whir and clunk of the elevator down the hall. The rustle of another guest careening along the corridor, listening to the television too loud in hopes of making their room seem less empty, or telling a child to get back to their own bed and go to sleep, for the love of God. My condo in Santa Monica has a string section of its own—people arguing as they walk along the beach, a sudden spasm of music from a boom box strapped to a homeless person’s bike, distant sirens. Evidence of things unseen, each clear enough to picture them in your mind’s eye.

If you try to ignore them they’ll get on your nerves. So instead I listen, accepting them as part of the soundscape, and find it helps me back to sleep, a lullaby from the universe.

The sound of rain on the window. I was lying on my right side, so that was in front, six feet away. A sudden gust of wind, moving branches around the back of the motel, aspiring toward a howl but falling short, dropping into a slowly fading moan—taking me with it, I hoped, back to sleep.

There was that sound again.

Or still. I realized it hadn’t ever gone away, only slipped briefly below the threshold of audibility, submerged beneath the steady patter of rain. Then I realized that it was music. A heavy beat, though tinny. A high melody, wistful. I knew it. But couldn’t remember what it was.

As I listened, I realized it was repeating itself. Like a ringtone. I finally opened my eyes and propped myself on one elbow. I already knew there were problems with the idea, but I flapped out my hand onto the nightstand for my phone.

It wasn’t there. Now that I had both ears off the pillow it was easier to lock on a direction and confirm what I’d already suspected. The music was coming from a source inside my room. And it still sounded like a ringtone.

The problem was that it wasn’t my ringtone. I’ve had the theme from Halloween as my call alert ever since phones became sufficiently advanced for you to have a say in the matter. I started by laboriously keying in the tones (it’s amazing what you’ll do when you’re supposed to be writing the fifth draft of a bad script) and graduated via midi files to eventually using a sampled chunk of the real soundtrack.

That was the first problem. The second is that I always, always, have my phone on silent overnight.

And the third was, where the heck was my phone?

My eyes were accommodating to the darkness but there wasn’t much to go on. A red LED on the coffee machine. The rectangle of the big window at the front of the room, only slightly lighter than the wall around it. I turned my head, trying to refine the direction of the sound. I always put my phone on the nightstand. I snatch a couple of pages of a book before sleep, and I do that on my device. I also use it as an alarm, checking it’s set before turning out the light.

Still befuddled from sleep, I couldn’t recall doing either, though that could also be because Ken and I had stayed in the Tap a good deal longer than was wise, before eventually lurching back to the motel.

When . . . yes, I read. I remembered it now. And I also set an alarm for eight a.m. While lying in bed. So where the heck was my phone?

I leaned forward querulously and peered over the edge of the nightstand. No sign of it on the floor.

I got out of bed, shivering. As soon as my feet landed on the carpet the music stopped—to be replaced with a muffled vibrating sound. I spotted a faint light on the floor, over by the end of the window by the door.

My phone, facedown on the carpet. Now doing what it was supposed to—lighting up its screen, and vibrating—rather than playing a ringtone out loud.

Ten feet from where I now remembered placing it on the nightstand, before I went to sleep.

The screen confirmed I had incoming, from Ken. It also said the time was 1:44 a.m. I pressed the screen to accept the call.

“Nolan?” Ken’s voice was low, scarcely above a whisper. “Is that you?”

“I don’t know. This is a weird conversation, Ken. It’s nearly two in the morning.”

“I know what fucking time it is,” he hissed. “Seriously, Nolan. Just get in here.”

“There’s someone in my closet.” 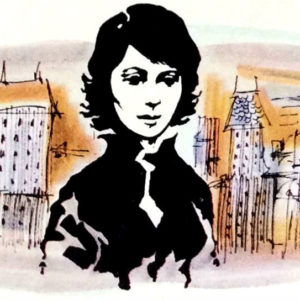 Laura Lippman: My 35-Year Love Affair with Marjorie Morningstar It was only when Herman Wouk died this past May at the age of 103 that I learned how to pronounce the surname of a man who wrote...
© LitHub
Back to top