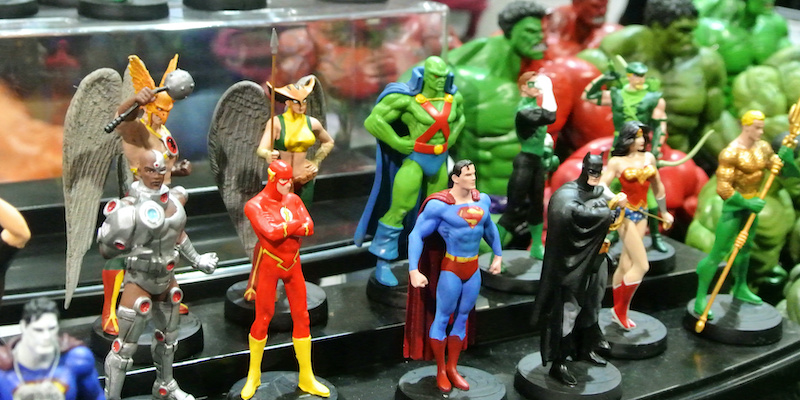 "What qualities in a book are likely to inspire fandom?"

During my tenure as a psychology professor, I spent a lot of time making casual conversation with other scientists about my research. “What do you study?” they’d ask. My answer: the psychology of fiction and the imagination. “And lately,” I would say, “I’ve been really fascinated with the psychology of fandom.”

That led to an inevitable question, often said with a look of puzzlement: What is fandom?

Fandom, I would explain, is a self-identified collective of individuals who are highly emotionally and imaginatively invested in a media property. To psychologists, this definition immediately communicates the three underlying psychologies at play: group psychology (since fandom is a collective); the psychology of identity; and the psychology of media. As a writer myself, I was fascinated with the question of how and why fandoms arise around some properties. What was it about some stories that inspired such passion and imagination? And what was it about some readers or viewers that made them the kind of audience that invests incredible amounts of emotion, imagination, and creativity in their favorite stories?

To get at these questions as a scientist, I started with the first step of the scientific method: observation. At the time I started my own research program, most of the prior research on media fandoms per se came from outside of psychology, from disciplines like sociology, anthropology, media studies, and gender studies. That existing body of research, along with research on the psychology of groups, identity, and media engagement—plus my own first-hand experiences with fandom—formed the basis for my initial observations. From there, I dove into the second step of the scientific method: generating a theory.

Over the years, I developed many theories of fandom, from theories focused on specific fan activities (like fanfiction) to those looking at the spectrum of voluntary emotional investment and imaginative engagement in popular media. I then used these theories to begin making predictions, and one of my last published articles before I left my psychology professor job to write full-time focused on developing a scale that measures individual differences in the tendency to engage imaginatively and creatively (or, one might say, “fannishly”) with media. When I left academia on January of this year, I also had a wealth of unpublished work, including research on what a large array of media properties that had inspired large fandoms had in common and various lab studies on topics ranging from the common traits of popular “favorite characters” to the psychology of specific activities like daydreaming about fictional characters, writing fanfiction, and cosplay.

So. I had theories. I had a wealth of data that allowed me to modify, refine, or reject those theories as needed. And I had been trained for almost two decades to use theories for their scientific purpose: making predictions! As a scientist, I tested those predictions in the lab, but as an author, I test them in the books I write.

My interest in the psychology of fandom has always been personal. I am the type of person who daydreams about my favorite fictional characters, mentally inserts myself into the stories I read and view, constantly comes up with fan theories, and has a long list of “comfort reads” and “comfort shows” that I go back to year after year. And because Professor Jen spent many years coming up with theories about why I do these things and the cognitive and emotional processes they involve, Writer Jen is constantly using those theories to generate new predictions—specifically, about how I should be writing my own books!

My twenty-first published novel, The Inheritance Games—the first in a young adult mystery trilogy about an eccentric billionaire obsessed with puzzles, riddles, and games, who dies and leaves his entire fortune to a teenage girl he’s never met—was the first book I wrote where I actually explicitly sat down and outlined the unique predictions that a wide range of theories made in response to the question: What qualities in a book are likely to inspire fandom?

It is possible that I have a checklist.

It is possible that I used that checklist to generate a workbook, which I use at all stages of the writing process, from idea generation to revision.

It is possible that workbook is over thirty pages long.

I know this might seem, at first glance, like I’ve sacrificed the art of writing for the science of stories, or like I’m deploying a color-by-numbers approach, but that’s not what my experience of using this writing method feels like at all. The psychology of fandom checklist doesn’t tell me what to write; it presents me with a series of questions that push me creatively.

Questions like: how is this book fulfilling the reader’s need to belong? Is there a tight-knit family or group that the readers can imagine themselves a part of? Is the story temporally expansive, extending back into the past and/or projecting out into the future in significant ways?  Is the story emotionally expansive, providing heart-pounding moments of danger, emotionally wrenching drama, humor, and fluff? Does the story give readers somewhere compelling to go? Is the book full of love stories of all kinds: familial love, romantic love, platonic love, all of it? How does the book challenge readers’ capacity for “theory of mind” (getting inside the heads of others)? Are there morally gray characters or difficult moral decisions? What new experiences can I offer readers the opportunity to experience vicariously? How am I leaving room in the text for readers to deploy their own imagination and creativity?

Any time I get stuck while writing, I return to these questions—and more! And every time I go through this process, it feels like my own understanding of story is deepened. The thing about a theory is that, by definition, a theory can never be proved, only disproved. My theories of fandom are constantly evolving—and each modification of those theories leads to new predictions, new tests of those predictions, and ultimately, even more observations!

For example, take the theory that one of the key functions of both fiction and fandom is fulfilling what psychologists call “the need to belong.” We want to feel like there is a place where and people with whom we belong, and there is a wealth of research in media psychology that suggests that readers assimilate to fictional groups and that real social needs can be fulfilled via the relationships a reader forms with favorite fictional characters. Based on a “belonginess” theory of fiction and fandom, one would predict that stories that offer readers a group to belong to would be more “fandom-enabling” than those that do not. A family. A werewolf pack. A faction. A house. A group of doctors or FBI agents that feels like a family. And so on.

But what kinds of groups are the most fandom-enabling? And what specific tricks can an author use to take the “belongingness” factor of their story to the next level? To flesh out my observations in response to questions like these, I study individual works with large fandoms. This leads to a whole new slew of observations: these stories often feature the protagonist becoming a part of the group, which tells the audience that the group is permeable (and that they, too, could become a part of it!). At the same time, the groups often aren’t easily permeable, so the access that the audience is granted to their inner workings feels intimate and privileged. The groups in question often have a familial feel (and may be actual families), and as such, there is frequently a multi-generational element or a character clearly slotted into the “Mom/Dad of the Team” role. Groups will often have a group name that readers can themselves adopt (I’m a _______). A physical identifier of some sort (like a piece of clothing, family crest, item of jewelry, or tattoo) can likewise provide the audience a way to make themselves a part of the group. In terms of pacing and plotting, moments of “rest” in the plot, where the group is doing groupy things that don’t further the plot, may be important. There even seem to be certain words—like us or we—that invoke belonginess (see also titles like We Were Liars, This is Us, All of Us Villains, and so on).

Every new mega-bestseller and every new fandom provides dozens of new observations—and you don’t need a Ph.D. to make them, or to create your own theories about what makes certain stories develop broad and passionate fan-bases. One of my favorite things about being a professor was encouraging my students to make their own theories, their own observations, and their own theories. When I giving writing workshops, I encourage writers to do the same. 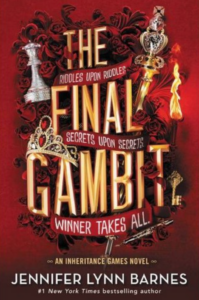 Jennifer Lynn Barnes is the #1 New York Times bestselling author of more than twenty acclaimed young adult novels, including The Inheritance Games trilogy, Little White Lies, Deadly Little Scandals, The Lovely and the Lost, and The Naturals series: The Naturals, Killer Instinct, All In, Bad Blood, and the e-novella, Twelve. Jen is also a Fulbright Scholar with advanced degrees in psychology, psychiatry, and cognitive science. She received her Ph.D. from Yale University in 2012 and was a professor of psychology and professional writing at the University of Oklahoma for many years. She invites you to her online at www.jenniferlynnbarnes.com or follow her on Twitter @jenlynnbarnes.

What Happened to Anne Boleyn's Heart? 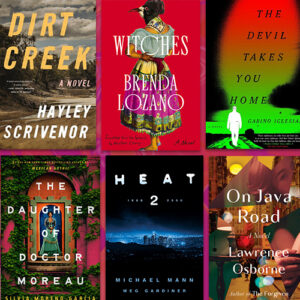 A look at the month’s best reviewed crime novels, mysteries, and thrillers. Lawrence Osborne, On Java Road (Hogarth) "No...
© LitHub
Back to top