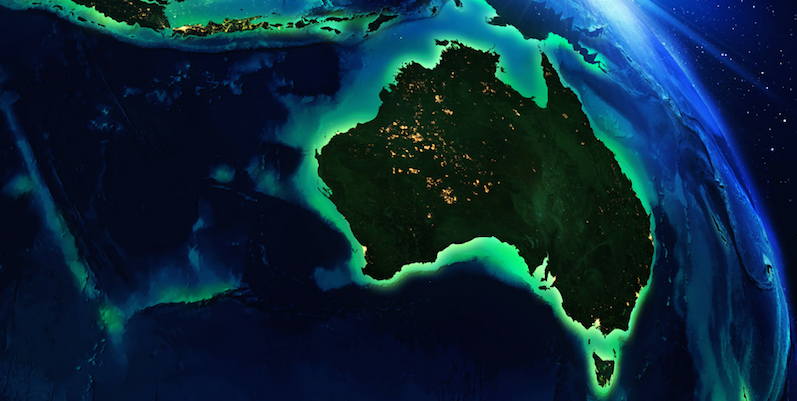 Author Sara Foster on the growing world of true crime podcasting from down under.

For 36 years there are rumours about what happened to Lynette, but little more, until the release of a 2018 podcast called The Teacher’s Pet. In this series, journalist Hedley Thomas re-examines the circumstances of Lynette’s disappearance, including disturbing reports that the school where Chris and his twin brother worked had up to 20 teachers who were sexually involved with their students. As a direct result of the podcast, police reopen the investigation, and in early 2020 Chris Dawson is sent to stand trial at the Supreme Court, charged with his wife’s murder.

This extraordinarily successful podcast is now offline, so it can’t prejudice legal proceedings, but in the last few years some of Australia’s best journalists have also used podcasts to re-examine high-profile Australian crimes, many of which remain unsolved. Here are ten of the best. 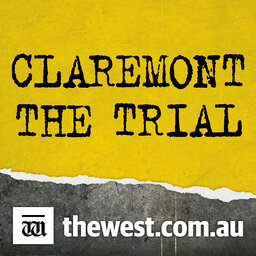 In my hometown of Perth on the isolated west coast of Australia, it would take two decades for a breakthrough in the case of three murdered women, who each disappeared from the popular suburb of Claremont after separate nights out in 1996 and 1997. Hosted by veteran crime and investigative reporter Gary Adshead, this extensive series details the shocking disappearance of Jane Rimmer, Sarah Spiers and Ciara Glennon, and the breakthroughs that finally led to the arrest of Bradley Robert Edwards, a former Little Athletics volunteer, whose trial is currently ongoing as of March 2020. 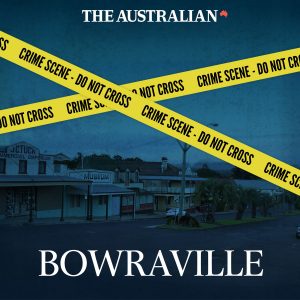 One of the earlier Aussie crime podcasts, Bowraville looks at the disappearance and murder of three Aboriginal children from a small community, and how racial prejudice severely impacted the families’ quest for justice. Bowraville also takes a surprising turn towards the end, when, after presenting evidence that points largely to a local labourer, journalist Dan Box secures an unexpected interview with the prime suspect, who’s keen to give his side of the story. 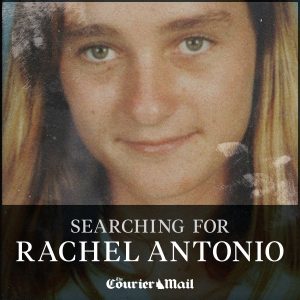 The Disappearance of Rachael Antonio

Rachael Antonio was only 16 when she vanished one afternoon in 1998 from the Queensland coastal town of Bowen, after telling her parents she was heading to the cinema. Police soon uncovered a hidden relationship and charged a 25-year-old local man, Robert Hytch, who was found guilty of manslaughter but then acquitted at retrial. With no new leads for over a decade, and desperate for justice, Rachael’s parents approached local journalist David Murray, hoping to finally find answers about what happened to their daughter. Murray’s investigative work examined the possibilities for every angle, and brought up a number of new questions about what really went on during that fateful afternoon. 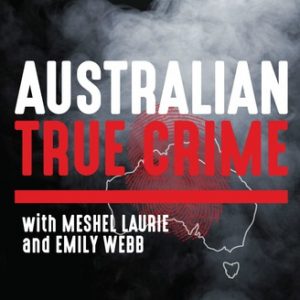 Hosted by Meshel Laurie and Emily Webb, this long-running podcast series provides listeners with overviews and insights into some of Australia’s most notorious crimes, both solved and unsolved. Topics range from the opportunistic murder of Eurydice Dixon and violence against women (episode 55) to serial killers (Frankston, episode 107), high profile mysteries (Peter Falconio, episode 120) and miscarriages of justice (Ram Tiwary, episode 140). 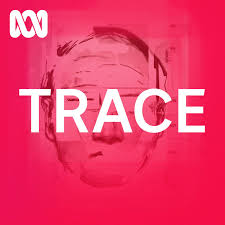 Winner of a Walkley journalism award, the original series of Trace investigates the murder of Maria James, who was killed in her home at the back of her second-hand bookshop in 1980, and whose case remains unsolved. Journalist Rachel Brown does an incredible job of narrating the story and digging up leads on everything from DNA sampling and misplaced evidence, and uncovers horrific evidence of widespread abuse taking place in the local Catholic church, which Maria had been determined to confront before she was killed. This isn’t just a story of a crime, but also of the growing bond between journalist, policeman and Maria’s two sons as they all push for answers. 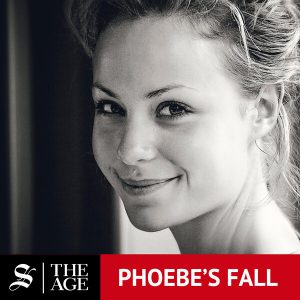 This short-series podcast addresses the mysterious death of 24-year-old Phoebe Handsjuk in 2010. Phoebe died by falling twelve storeys down a rubbish chute that was only 40 centimetres wide, set high off the floor, and deemed by most as impossible to get into without help. Despite this, the coroner ruled her death as misadventure, leaving Phoebe’s family devastated, all of them still convinced that something sinister happened that day. Michael Bachelard and Richard Baker investigate, interviewing Phoebe’s family and friends and re-examining the unusual circumstances of her death. 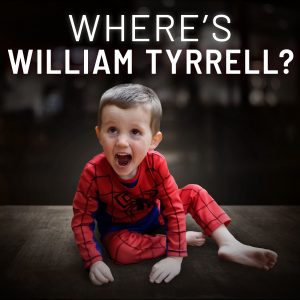 Journalists Lisa Harris and Natasha Belling delve into the disappearance of three-year-old William Tyrell from his foster grandmother’s house in Kendall, New South Wales, in 2014. Relying heavily on exclusive interviews with William’s foster parents (who have chosen to remain anonymous), the podcast asks how a three year old could have so suddenly vanished from a quiet street, and looks at the in-fighting within the subsequent police investigation that derailed the search for answers. Avid listeners to Australian podcasts will recognise the name of high-profile police officer Gary Jubelin, who also investigated the Bowraville murders. Jubelin was thrown off this case and charged with breaching the Surveillance Act for recording conversations with witnesses, but is still strongly supported by William’s family and the families of other murder victims. This has added extra complexity to the inquest into William’s disappearance, which is currently ongoing as of March 2020, with the podcast being updated as it progresses. 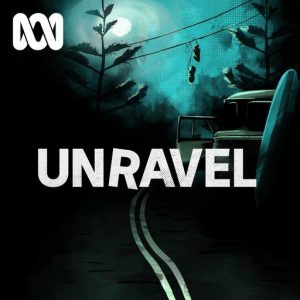 A podcast and a three-part TV series from ABC Australia, Barrenjoey Road looks at the unexplained disappearance of 18-year-old Trudie Adams, who vanished 40 years ago after hitchhiking home from a party on the peninsular coast north of Sydney. The subsequent and ongoing investigations in the podcast uncover a horrifying number of violent attacks in the area Trudie disappeared, and develop new theories about what might have happened. 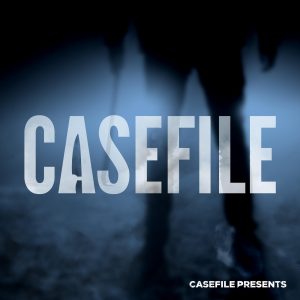 This series has been a podcast chart-topper, and is known for its meticulous research and in-depth examination of old cases. While the podcast is based in Australia and often examines events Down Under, Casefile also considers international cases of note. From the tragic case of Joe Cinque to the mystery of the Yorkshire Ripper, the podcast’s gravelly-voiced anonymous narrator will walk you through an assortment of notorious (and often grisly) crimes. 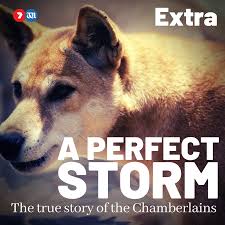 A Perfect Storm: The True Story of The Chamberlains

This recent podcast (2019) re-examines the heartbreaking case of the Chamberlain family, whose 9-week-old daughter Azaria disappeared during a family camping trip to Uluru. Despite extensive evidence that the baby was taken and killed by a dingo, police went to incredible lengths to pursue Azaria’s parents, Lindy and Michael, for the murder of their daughter, and only when Azaria’s tattered clothing was found near a dingo lair were the charges dropped. The podcast is a re-examination of perhaps the most famous miscarriage of justice in Australian criminal history, and the lasting impact on those involved. 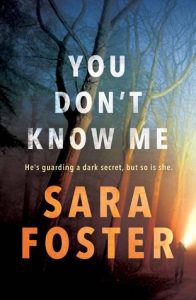 Sara Foster was born and raised in England, and moved to Australia in 2004. She has published five other novels: Come Back to Me, All That Is Lost between Us, The Hidden Hours, Beneath the Shadows, and You Don't Know Me. She lives near Perth, Western Australia, with her husband and two young daughters, and is a doctoral candidate with Curtin University.

Border Stories: A Guide to the Novels of Don Winslow

Agatha Christie is the best-selling novelist in history. 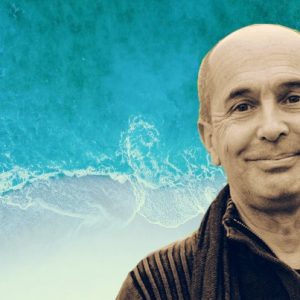 Border Stories: A Guide to the Novels of Don Winslow

Ten years ago, Don Winslow was a San Diego-based novelist with a small, but hardcore following of crime fiction aficionados....
© LitHub
Back to top