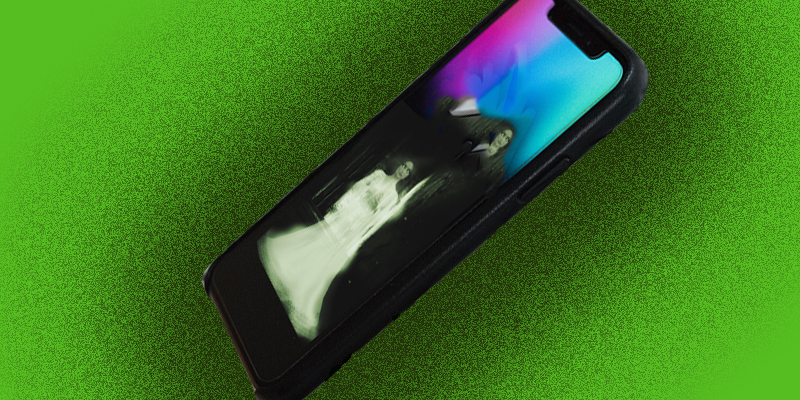 "Our daily lives are interrupted constantly by apparitions: by the voices and figures of people who simply are not there."

Your phone vibrates in your pocket.

You dig it out, distracted from whatever you were doing before. It’s a text from a number you don’t recognize, or a friend request from someone you don’t know—but they seem to know you.

How does it feel?

It’s a perfectly innocuous situation, after all. Messages go astray all the time, wires not quite literally crossed, but close. And who among us hasn’t had to reply “sorry—who’s this?” to a friend’s change of number—themselves, perhaps, on the run from a person they’d rather not hear from again?

Still—it’s a distinct sensation, receiving a message like this: a strange admixture of curiosity and anxiety. A tug in the chest: a longing to know. The mystery will linger in the back of your mind until it’s solved.

Of course, in most cases, the solution’s an innocuous one: it’s the work colleague you got stuck with at the Christmas party (back when parties were still a thing), or the long-lost relative with whom you share nothing but a family tree.

We’re so used to the digital, these days, that it passes almost without notice. You’re probably reading this, after all, on a mobile phone, tablet, or laptop. Maybe you got here through a link you clicked on your Facebook or Twitter timeline, tucked in between the posts and chatter of strangers and friends.

If you’re under, say, twenty-five, you’ve always lived in a world like this. If you’re older… Well, chances are that by now, you’re used to it. For most of us, our digital devices are so familiar, they’re almost an extension of ourselves.

In the wake of the coronavirus pandemic, they’ve even become—temporarily, at least—our only way of communicating with our family and friends: our de facto homes-inside-our-homes, the best approximation of those social spaces we’ve lost.

But for all that this new technology gives, there’s also the sense of our personal spaces—the physical homes we inhabit—seeming always invaded by others, both strangers and not.

But for all that this new technology gives, there’s also the sense of our personal spaces—the physical homes we inhabit—seeming always invaded by others, both strangers and not. They wander through, startling us with questions as we brew our morning coffee; scanning our living rooms while we’re on Zoom; liking our family photos as we crawl into bed. Our daily lives are interrupted constantly by apparitions: by the voices and figures of people who simply are not there.

This is not, however, a state of being sprung entirely from the pandemic—nor is it unique to fiction. In her 2014 essay “Return of the Gothic: Digital Anxiety in the Domestic Sphere,” critic Melissa Gronlund observed similarities between recent work in the visual arts. She suggests that artists using “the Gothic tropes of the uncanny, the undead, and intrusions into the home” in their work are searching for “a way to wrestle with daunting, ongoing questions prompted by current technological shifts: How has the internet affected our sense of self? Our interaction with others? The structures of family and kinship?”

Writers of crime and psychological suspense have been treading similar ground over recent years—intertwining the domestic and the digital to compelling (and bestselling) effect. I’d argue, in fact, that the recent boom in “domestic noir”—featuring novels which, like the Gothic novels of centuries past, found themselves marketed to and appreciated by women, first (while declared “the mere trash of the circulating library” by those anxious to show their more “highbrow” credentials)—might be read equally as leaning towards something we might instead call a “digital Gothic.”

Take, for instance, Friend Request by Laura Marshall (2017)—in which the protagonist is added on Facebook by a woman who’s been dead for twenty-five years. Or You Let Me In by Lucy Clarke (2018), in which an author lets out her house on Airbnb, only to find a distinct chill in the air—and the feeling she’s being watched—on her return. Or Ellery Lloyd’s forthcoming People Like Her (2021)—in which a family’s lives are upended by a mysterious (and vengeful) reader of their popular parenting blog.

In each of these books, there’s an element of the uncanny—in once-familiar devices, platforms and spaces turning sinister, or taboo. Once-treasured homes turn eerie, if not outright terrifying; friends and strangers return from the dead, seeking revenge.

And yet there is, in the end, always a rational explanation: a figure behind the curtain, a man behind the ghost. It’s in this respect that there’s a debt to the “explained supernatural” perfected by Gothic writer Ann Radcliffe—in which situations which seem somehow other-worldly are eventually revealed to have logical, material explanations.

Or at least… So we think.

This is what intrigued me, writing Possession—in which a psychiatrist living in a remote English village finds herself “haunted” by the murder of her husband a decade ago. She hears his voice, both in her mind, and on the true crime podcast looking for justice for the man convicted of the crime. She’s stalked by people she can’t see: the podcast’s listeners, who blame her for her husband’s death. And she’s offered a job at an abandoned Victorian asylum, soon to be refurbished into a luxurious treatment facility—but on the grounds of Hawkwood House, things aren’t quite what they seem.

There’s an element of the supernatural there—but there are also questions of mental illness, and the impact of constant digital intrusions, and online abuse. It seemed to me, when I set out to write that book, that I wasn’t alone in experiencing something like ambivalence towards being online—and the urge to pin that haunted feeling down onto the page.

Now, of course—however many months we are into the pandemic, having long lost count of the days—it seems as though a life lived offline is less likely than ever. What this means for crime fiction, I couldn’t say for sure—but I’m optimistic. I’d wager even more creative plots; more ghosts sneaking in through the digital. More doppelgangers, more isolation; more trees tapping fingers on locked windows and doors.

And as someone who likes to be scared… I can’t wait. 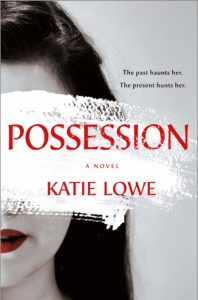 Katie is a writer living in Worcester, UK, whose debut novel The Furies is published by Harperfiction (UK), St Martin's Press (US) and eight other territories worldwide. A graduate of the University of Birmingham, Katie has a BA(Hons) in English and an MPhil in Literature & Modernity. She returned to Birmingham in 2019 to complete a PhD in English Literature, with her thesis on female rage in literary modernism and the #MeToo era. 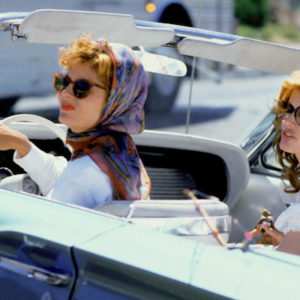 “…because the past was always around her and might return at any time. It prowled the world searching for her, and she knew...
© LitHub
Back to top