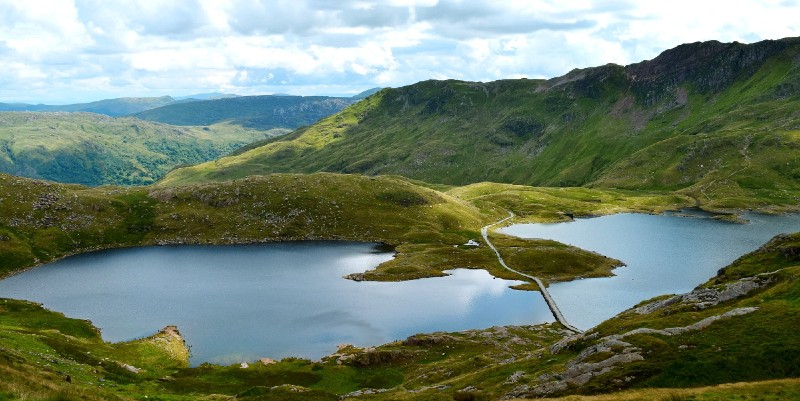 The Rise of Welsh Crime Fiction

A country of just over three million people is producing a good deal of the world's most addictive crime fiction.

The great country of Wales—just over three million people to share a stunning 870 miles of coastline. From the more industrial and densely populated south, including the capital of Cardiff, up to the beauty of north Wales, Snowdonia National Park, and where the Welsh language is more commonly heard than English in some damn good pubs. Coal and the Industrial Revolution forged much of the look and culture of the south—Cardiff, Swansea, Newport, and the Valleys. Those old industries eventually declined and the region has had to remake itself. Whether the back alleys of the multicultural Tiger Bay and the old Cardiff Docks or the remote windswept farmhouses of Snowdonia, there’s crime aplenty…

…and always has been it seems. Agatha Christie’s 1934 Why Didn’t They Ask Evans? (currently being adapted for Britbox by Hugh Laurie) starts with the slightly dim Bobby Jones playing golf in the fictional Welsh seaside resort of Marchbolt where he discovers a dead body. From there the action moves elsewhere, though Marchbolt remains a centre of some sinister activity.

But now for the real Wales. Let’s start in the rugged north and work our way south. Prolific Welsh crime writer Conrad Jones’s Anglesey Murders series ranges around North Wales across a number of books. In Unholy Island (2019) Detective Inspector Alan Williams is called to the recovery of two bodies from the sea at Trearddur Bay, on the Irish Sea, during a storm. The lifeboat crew suspect they’re fishermen, washed away by a wave, but they’re wrong. Alan and his detective sergeant, Kim Davies, realise the men were beaten and tied together before they entered the water. Jones himself is originally from Anglesey, the fishing town of Holyhead where the ferries to Dublin come and go. Later DI Alan Williams books head into the Snowdonia National Park in North Wales. The Anglesey Murders series run in tandem with Jones’s Detective Inspector Braddick series, who in his first investigation, Brick (2017) unexpectedly encounters the Russian mafia and the violent overspill of gang wars in nearby Liverpool along the Anglesey coastline. There are now six books in the Anglesey Murders series and four in the DI Braddick series.

Running Conrad Jones some stiff competition in the prolific stakes is Simon McCleave. His character DI Ruth Hunter, a former London detective hoping for a peaceful retirement in Wales, has appeared in nine books all set in the North Wales area – Snowdonia, the beautiful Harlech Beach, the Dee Valley and the Menai Bridge that connect Anglesey to the mainland all feature as locations. Ruth Hunter may not have got the peaceful retirement away from the mean streets of London she hoped for, but she certainly gets to see most of the beauty spots of North Wales!

Heading south down the west coast to Cardigan Bay and you might be surprised to find a town that has become a major centre for neo-noir fans—Aberystwyth (or just “Aber” to those that know the town). This is because, as well as being where the hit bi-lingual Welsh/English Channel 4 Wales crime drama Hinterland (called Y Gwyll in Welsh) is based, it’s also where Louie Knight practises as the town’s private investigator. Knight first appeared in Malcolm Pryce’s surprise bestseller Aberystwyth Mon Amour (2001), which featured philosophising ice-cream sellers, traditional Welsh Lovespoons, Druids and town bullies. Bohemian nightclubs, Chandler-esque PIs with street slang are not perhaps what first jumps to kind when thinking of Aberystwyth (albeit a perfectly lovely university town in a beautiful coastal setting) but readers loved the idea and dubbed Pryce “the king of Welsh noir”. And so came Last Tango in Aberystwyth (2003), where Wales might not have a Hollywood but does have a ‘What the Butler Saw’ movie industry with young starstruck hopefuls lured to the Welsh coast. Then followed The Unbearable Lightness of Aberystwyth (2005) which features a murder committed by a poisoned Raspberry Ripple ice cream on the seafront; Don’t Cry for Me Aberystwyth (2007), which features a Welsh Chinatown, Christmas, spies and Patagonia (which, I suspect not everyone knows, has the largest and most highly active group of Welsh speakers outside of Wales itself). Then there’s a Fleming/Bond homage, From Aberystwyth With Love (2009), while finally there is The Day Aberystwyth Stood Still (2011)—old crimes, possible UFOs and political corruption. Forget Chandler’s LA or Hammett’s San Francisco, for many readers Pryce’s Aberystwyth is where noir reaches its zenith! There is also now available, for anyone visiting Wales, an Aberystwyth Mon Amour walking tour on Audible featuring the not-entirely-real locations as well as the all too real locations of Aber—such as the town’s excellent Crazy Golf course.

Spend any time in Wales and at some point you’ll find yourself on the A470, aka the Cardiff to Glan Conwy Trunk Road. It’s a 186-mile route that links Cardiff on the south coast to Llandudno on the north coast—not quite Route 66 but still…. It’s where Belinda Bauer’s thriller Rubbernecker (2013) begins with a car crash. Bauer grew up in England and South Africa and now lives in Wales. Rubbernecker features Patrick Fort, a Cardiff medical student with Asperger’s Syndrome. It’s a taut thriller and won the prestigious UK Theakstons Old Peculier crime novel of the year in 2014.

South Wales now. Fiona Griffiths, the youngest detective in the South Wales Major Crimes is the star of Henry Bingham’s six book series. Talking to the Dead (2012) sets a gritty scene—a woman and her six-year-old daughter are killed with chilling brutality in a dingy flat. Still, there’s some good scenery too in Fiona’s second outing, Love Story, With Murders (2012), which takes the investigation out to the Black Mountains of Powys and Monmouthshire. Over the rest of the series Fiona finds herself moving across the remoter areas of South Wales. And another series that moves around Wales and has a great central character is Ewart Hutton’s mixed Welsh-Italian DS Glyn Capaldi. He’s a Cardiff copper in exile and finding himself at loggerheads with the rural locals who don’t trust him and his big city ways. The series starts with Good People (2012), followed by Dead People (2013) and Wild People (2014)

And finally, a special recommendation. John Williams is a Cardiff writer who was inspired to write crime novels after reading Elmore Leonard. Williams first wrote a true crime book in 1994, Bloody Valentine, the story of the murder of a young woman called Lynette White in the Cardiff docklands on Valentine’s Day 1988. The case is one of Thatcher’s Britain’s most obvious miscarriages of justice, racism, the marginalisation of sex workers and police corruption when three black men, ‘the Cardiff Three’, were wrongly convicted of her murder. Of course it was not the first miscarriage of justice to occur in the Cardiff Docks—Nadifa Mohamed’s The Fortune Men (2021) tells the story of the executed innocent Somali man Mahmood Mattan. Anyway, moving on to fiction Williams wrote a collection of short stories, Five Pubs, Two Bars and a Nightclub (1999). This became the first volume in his so-called ‘Cardiff Trilogy’, which includes the novels Cardiff Dead (2000) and The Prince of Wales (2003). Williams’s writing is strong on atmosphere, heavily influenced by contemporary American neo-noir writers and yet still indelibly Welsh as well as being a portrait of the underbelly of the country’s capital.

Wales has produced a lot of crime writing—too much to mention here given space limitations. Apologies to any writers or books missed out. But as you can see crime writing is one way to get to see Wales even if, for now, maybe you can’t visit. 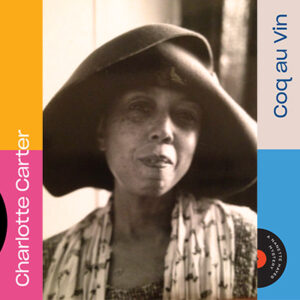