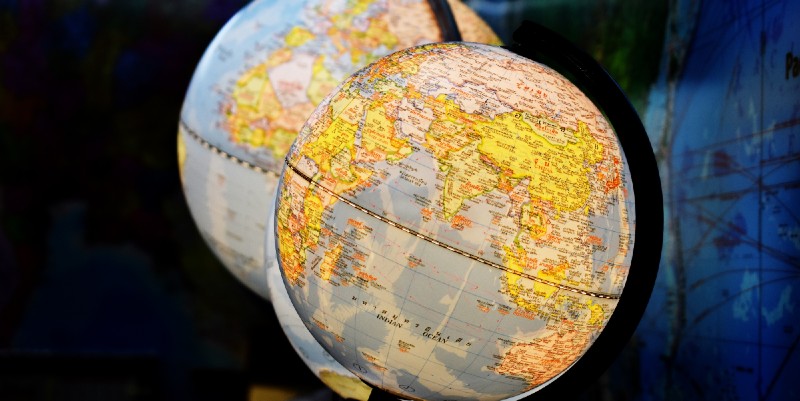 There’s a joke the rest of the world (and maybe America too?) shares about the baseball World Series—series it may be; world it ain’t. The recent CrimeReads “The Rising Stars of Crime Fiction in the 2010s” list was excellent—but of the 12 profiled authors all were either from the USA or Canada with one Brit. America and Canada are great, but hey, it’s a big wide crime world out there in the other 95% of the world’s population.

So, okay…I think we can be a bit more globally-minded while keeping to the CrimeReads stated criteria (that, perhaps having published earlier, their career has really taken off in the last decade) for inclusion with one extra caveat, for being global—I’ll only include those either writing in English or translated into English. And I have to confess, I’m not a committee, it’s just me…. and all suggested additions and recommendations welcome….

So here goes…starting in Europe…

Scottish-born, London-resident Abir Mukherjee deserves a rising star as his four book series on 1920s Calcutta cops Sam Wyndham and Sergeant Banerjee have all scored great reviews—A Rising Man, A Necessary Evil, Smoke & Ashes and, this year, Death in the East. America is yet to truly appreciate the crime writing force that is Mukherjee (who seemingly appears at every crime writing festival wowing audiences) but surely it can only be a matter of time.

Both Joseph Knox and AA Dhand have burst out of Northern England writing top quality Brit Noir in and from, respectively, Manchester and Yorkshire. Knox has published three books in his series featuring highly strung Manchester cop Detective Aidan Waits (Sirens, The Smiling Man, and Sleepwalkers). Dhand’s Detective Harry Virdee walks the mean streets of post-industrial Bradford (Dhand’s hometown)—the Virdee quartet (so far at least) of Streets of Darkness, Girl Zero, City of Sinners and One Way Out have all found loyal fans. And, talking of the English, an honorable mention to Brighton-based William Shaw whose 1960s London-set Breen & Tozer series was excellent, as are his latest two books featuring DS Alexandra Cupidi who polices the desolate Kent coast around Dungeness—Salt Lane and Deadland.

North of the border star status is consolidated for Denise Mina who’s had a long and successful career but, arguably, it’s been the 2010s with the Glasgow set Alex Morrow series, as well as standalones The Long Drop and Conviction, that have really seen her stand out. Honorable Scottish mentions also to Alan Parks in Glasgow, and Doug Johnstone in Edinburgh. Parks’s 1970’s Glasgow-set series includes Bloody January and February’s Son, as well as the forthcoming Bobby March Will Live Forever. Johnstone has been prolific in recent years, but his novel Breakers was a particularly searing indictment of deprivation in the Scottish capital.

Tana French’s star has indisputably risen on both the page and now screen. The Dublin Murder Squad series started in 2007, but most have been published in the last decade, plus the TV series. When talking Ireland we should also note Joy Joyce down South with the WW2 Dublin-set trilogy Echoland, Echobeat and Echowave, as well as CrimeReads regular Adrian McKinty for his Sean Duffy RUC series up North, and now his standalone hit The Chain.

On the European continent Volker Kutscher’s Babylon Berlin series began in 2008 in Germany, but most of the now eight Inspector Gereon Rath books have been published in the 2010s and all in English translation (Babylon Berlin, The Silent Death, Goldstein & The Fatherland Files). Kudos to the TV show and the graphic novel versions illustrated by Arne Jysch. A bit further east there’s a star rising over Adam Lebor’s Hungarian-set novels featuring Balthazar Kovacs, a Roma detective in the Budapest murder squad—District VIII and Kossuth Square.

Though yet to really break in America, Europeans have been avidly reading Israeli crime writer (and detective fiction history academic!) Dror “D.I.” Mishani. His Tel Aviv set series featuring police inspector Avraham Avraham all have a bleakness that is compelling. A trilogy comprising The Missing File, A Possibility of Violence—which was the first crime novel on the Sapir prize’s (the Israeli Booker) shortlist and won the Berenstein prize for best Hebrew novel—and The Man who Wanted to Know). Mishani’s new standalone novel Three (a psychological thriller about three women who meet one man) comes out in English in April 2020 and has been the subject of much buzz in European publishing circles.

Crossing from Europe to Asia there’s another rising star yet to break North America, Tom Callaghan and his Central Asian set quartet featuring Inspector Akyl Borubaev of Bishkek Murder Squad. Okay, Kyrgyzstan, with side trips to the Tan Shan Mountains, and Dubai, is not the most familiar territory to many readers, but A Killing Winter, A Spring Betrayal, A Summer Revenge and An Autumn Hunting have all found loyal fans.

Ex-cop A Yi in China (aka Ai Guozhu) has been attracting attention in a genre that causes the Beijing censors all manner of stress. His short stories assured him such attention and his first novel to make it into English (and win the English PEN award), A Perfect Crime, attracted a lot of attention and comparisons with Jim Thompson and Albert Camus for his driving first person narrative of alienation and murder in modern urban China. A Yi is still writing edgy crime fiction and short stories, just not getting translated enough.

London-born of French-Spanish heritage and now living in Los Angeles (I told you it was a Rest of the World rising stars column!) Nicolás Obregón’s love of Japan has given us the Inspector Kosuke Awata of the Tokyo Homicide Department in Blue Light Yokohama, Sins as Scarlet and Unknown Male. In amongst a bunch of Japanese crime writers who could be included here let’s single out Kanae Minato, Japan’s “Queen of Iyamisu”, the subgenre of mystery fiction so popular in Japan that deals with grisly episodes and the dark side of human nature. Just to note two of Minato’s many good novels—in Penance a young girl is murdered; her friends were witnesses and can truly identify the killer; the dead girl’s mother swears revenge on them all; while her earlier novel Confession follows Yuko Moriguchi, whose four-year-old daughter dies in the middle school where Yuko teaches. Everyone thinks it was a tragic accident but Yuko thinks it’s a murder.

South Korea is such a global cultural force right now—music, movies, TV, and crime fiction too. Un-su Kim’s The Plotters has had publishers in Europe and the US fighting to offer the biggest advance. Jeong You Jeong is Korea’s “Queen of Crime” and with The Good Son now out in English hopefully more translations will follow.

It’s hard to match the success of Melbourne-based Jane Harper and her Australian thrillers—The Dry, Force of Nature and The Lost Man. Readers have been loving all that Outback of blowflies swarming around wet wounds in hot, rural, remote towns with secrets to keep.

And last, but definitely not least, let’s talk Nigeria. If you’re not reading Nigerian crime fiction you really should be and here are just three rising stars of the West African crime scene to start with—Leye Adenle is a Nigerian crime fiction writer and actor now living in London. 2016’s Easy Motion Tourist was his brilliant breakthrough Lagos-set novel of murder in the Nigerian mega-city. Adenle’s heroine Amaka Mbadiwe (who is anything but the usual crime novel amateur detective I can assure you) returns in When Trouble Sleeps. Next up is Toni Kan, the “King of Lagos Noir”, with The Carnivorous City and a great collection of short stories, Nights of the Creaking Bed. And finally, few new crime writers have ever had a better debut than Nigerian-UK novelist Oyinkan Braithwaite. Her Lagos-set debut My Sister, The Serial Killer has been a universal go-to book in the UK and elsewhere this year. It’s been hard to get on a London bus, tube or train in 2019 without seeing someone reading Braithwaite. 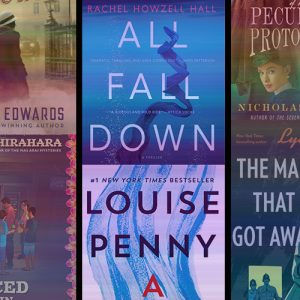 How does one define a traditional mystery? Everyone's take on the genre is a little different, as we found out when we asked...
© LitHub
Back to top