Obsessives and eccentrics populate the fishing world. You better know your stuff if you're going to set your crime fiction there.

The sight of a human head floating in my local lake—the top few inches of the brown-haired skull, the body submerged vertically beneath—was the moment when my career as a writer of fly-fishing-related crime novels began.

It made perfect sense that a dead body would be in the weedy shallows of a busy urban lake where I was fly-rodding from my canoe for spawning bluegill. Why not? People drown in Lake Monona all the time, and the nearest properties were ominous-looking, high-security trophy houses perhaps acquired through obscene business practices, inhabited by mistresses, and on the disputed-asset lists in ugly divorces.

It made perfect sense that I would find the body, a solo fisherman moments before dark, carefully probing waters marginal to other sportsmen. My sequence of responses—a bolt of gorge, followed by now what, then the impulse to paddle away as if I never saw the gently bobbing corpse, and finally the manning-up and coming closer—seemed so automatic and mechanical that they could have been scripted.

I knocked my popper into the hook keeper, laid the rod in the canoe bottom, lifted my paddle and back-stroked through a thicket of milfoil to where the head floated, suddenly sunset-struck in a corona of flies. I use that language now to commemorate how literature was already surging through my mind as lines from two favorite poems: I heard a fly buzz when I died . . . (Emily Dickenson) and In the carnal sun, clothed in a hymn of flies . . . (Richard Wilbur, “The Pardon”).

The body was rotten and it stank.

I coasted close, held my breath, and looked down.

It was a duck, drowned by fishing line, both its neck and feet entangled and held underwater so that its bent, brown-feathered body—a female mallard—formed the size and shape of a human head.

Many years of reading and writing later, I have learned a good deal more about the elements of a good fishing-related crime story. If you’re thinking about reading one, or writing one, then here, represented by esteemed colleagues and expert craftsmen, are in my view the essential elements.

A Fishing-Savvy Protagonist: While a great fishing crime story does not necessarily need a fisherman at the center, it does need a protagonist who can at least talk fishing with authority. Of course, all the other aspects of a good fictional hero also apply to the character we want. I like Stoney Calhoun, to whom we are introduced in William Tapply’s Bitch Creek, the first in Tapply’s three-book Stoney Calhoun series. Fishing aside, Calhoun is a fascinating character because he has no memory. He isn’t even sure why he has no memory. Possibly he was struck by lightning, but the reader is not strongly encouraged to believe this. Given Calhoun’s instincts, and the fact that a mysterious man appears at regular intervals to “check up on him,” there must be more to it . . .  As for fishing savvy, Calhoun lives in a remote cabin on exquisite little Bitch Creek. His home water is so precious to Calhoun, in fact, that he can’t bring himself to disturb the surface by the crass act of fishing.  He sits on a rock and watches trout feed. Calhoun also spends hours tying flies behind the counter of his girlfriend’s fly shop, where he observes the whole fly-fishing sub-culture with a cynical but good-humored eye. Not so much a fisherman as a fish-and-fisherman-watcher, Stormy Calhoun has all the traits of a good fishing-savvy protagonist.

A Fishy Setting: As any die-hard fisherman will tell you (a fair percentage dishonestly), it’s not about the catching, it’s about the fishing, and the fishing is all the about the being there. Second in importance to presenting a fishing-savvy protagonist is depicting a fishy setting, a rich and real there where the protagonist operates. We are talking culture here, firmly tied to place. Few tie this knot better than Keith McCafferty in The Royal Wulff Murders, set in the fly-fishing mecca of Montana’s Paradise Valley, a location on my map as the perfect intersection of beauty and desecration, haves and have-nots, foppery and honest fishing chops, preservation and exploitation . . . I could go on. Funky little Livingston is a perfect place for a fishing crime story in so many ways, and McCafferty, in his multi-book series, takes fun but meaningful advantage of all the friction in his fishy settings.

A Watery Grave: See my dead duck above. There seem to be few things creepier and more effective in fiction than dead bodies found in water. To relate any story’s particular circumstances here would be to give away plots, but I can tell you that all the books on this list will surprise you with a corpse (or corpses) in water. The wide range of incidents, locations, and modes of discovery is covered quite well in the 16-story collection Hook, Line, & Sinister, edited by T. Jefferson Parker. In all of these stories, such luminaries as Michael Connelly, Ridley Pearson, and Parker himself do good work in meeting the Watery Grave requirement. For a quietly dark literary take on fishermen and the watery grave, check out Raymond Carver’s short story “So Much Water So Close to Home,” which shows up in Robert Altman’s cinematic masterpiece Short Takes.

A Fishing-Related Crime-and-Solution: This is a corollary to the Watery Grave requirement. For my money, you can’t just put a dead body in the water and have it found by a fisherman and then change venues to a Vegas casino and call it good. I like it best when the crime springs inevitably from some conflict in the always-conflicted act of fishing, and when the solution to the crime requires acumen on some fishing topic such as dry-fly patterns, fishing knots, lure retrieval strategies, or some fishing-informed attentiveness to the natural world such as insect hatches or the habits of rivers. Again, there is a great sampling of fishing-related crimes-and-solutions in Hook, Line, & Sinister.

Silliness: This is an important allowance to all you non-fishermen. Yes, you are correct. There is a significant level of absurdity—calling it silliness here—inherent in fishing in general and especially in any fishing sub-culture. Whether muskie fishermen, bass fishermen, fly fishermen, ice fishermen, noodlers for catfish, or any of a dozen other types, the most serious fisherman invariably look and act objectively ridiculous. If you don’t believe me, hire a muskie guide in northern Wisconsin, or come fly fishing for trout with me, or, best of all, tune your TV to ESPN and catch a high-stakes Florida bass fishing tournament. NASCAR has nothing on the Dickie Lockhart Memorial Bass Blasters Classic in Carl Hiaasen’s hilarious and all-too-real Double Whammy, one of several Hiaasen novels that skewer fishing culture.  Nobody does fishing-silly better than Hiaasen. In my view, the perfect fishing crime story must at least touch base with the silly.

Obsession: Fishermen and hunters are different in several ways but in one way that is of particular importance here: compared to fishing, it is simply harder as a hunter to act weirdly and obsessively. Game laws, for one thing. You cannot shoot three hundred deer from an ice shack and sled them home in a bucket. Yes, you can make your own ammunition, but only within a very narrow range, and you cannot go forth with six hundred different kinds of bullets (as I do with flies) to be used depending on whether the elk are fussily nibbling willow buds, really hammering the sageworts, or laying up bloated and lazy in a bog. The peculiar fecundity of fishing for obsession brings me to the Victorian salmon fly, and to the obsession-driven criminality documented in the only non-fiction book on this list, The Feather Thief: Beauty, Obsession, and the Natural History Heist of the Century, by Kirk Wallace Johnson. Would you break into the Royal British Museum to steal hundreds of extinct bird specimens because you need the feathers to tie the perfect Jock Scott? Of course you would—because what else can you do? Obsession must factor somewhere in the perfect fishing crime.

A Sharp Hook of a Title:  All fishing sub-cultures are ripe with suggestive jargon for gear, casting techniques, knots, strategies, etc., and also for the participants—human and fish—themselves. Any fisherman’s tackle box is a treasure trove of good titles, and no one mines this treasure better than the prolific Victoria Houston in her series featuring Loon Lake Police Chief Lewellen Ferris and set in fishing-crazy northern Wisconsin. In the colorful brand names and nicknames for fishing lures, Houston finds endless opportunities for sharp and enticing titles. Dead Hot Mama, Dead Jitterbug, Dead Boogie, Dead Madonna, Dead Hot Shot, Dead Renegade, Dead Deceiver . . . you get the idea. And if you can picture what any of these lures looks like, see Obsession, above. 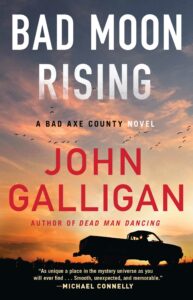 John Galligan is the author of seven novels, including the Bad Axe County Series and the Fly Fishing Mysteries. He lives and teaches writing in Madison, Wisconsin.

8 Books About Dark Desires That Will Crush You 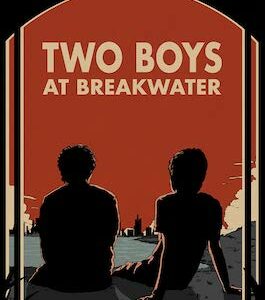 He would remember that day, always. He was with his mother. They were outside the New York Institute for Special Education,...
© LitHub
Back to top