Book Giveaway for The Stranger Inside 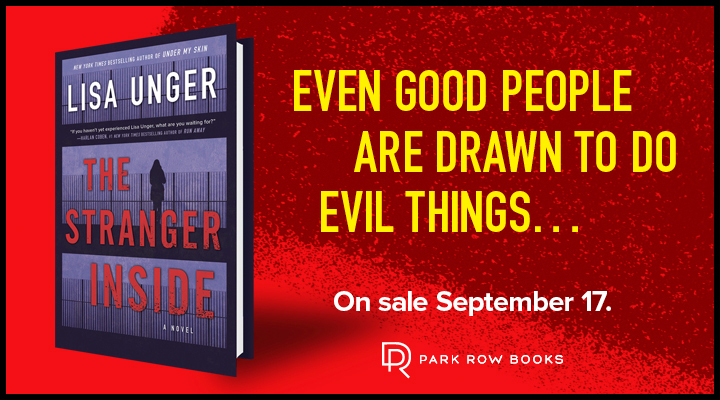 Win “The Stranger Inside” by Lisa Unger

Enter your address below for your chance to win an exclusive early advanced reading copy of The Stranger Inside by Lisa Ward.

Even good people are drawn to do evil things…

Twelve-year-old Rain Winter narrowly escaped an abduction while walking to a friend’s house. Her two best friends, Tess and Hank, were not as lucky. Tess never came home, and Hank was held in captivity before managing to escape. Their abductor was sent to prison but years later was released. Then someone delivered real justice—and killed him in cold blood.

Now Rain is living the perfect suburban life, her dark childhood buried deep. She spends her days as a stay-at-home mom, having put aside her career as a hard-hitting journalist to care for her infant daughter. But when another brutal murderer who escaped justice is found dead, Rain is unexpectedly drawn into the case. Eerie similarities to the murder of her friends’ abductor force Rain to revisit memories she’s worked hard to leave behind. Is there a vigilante at work? Who is the next target? Why can’t Rain just let it go?

Introducing one of the most compelling and original killers in crime fiction today, Lisa Unger takes readers deep inside the minds of both perpetrator and victim, blurring the lines between right and wrong, crime and justice, and showing that sometimes people deserve what comes to them.